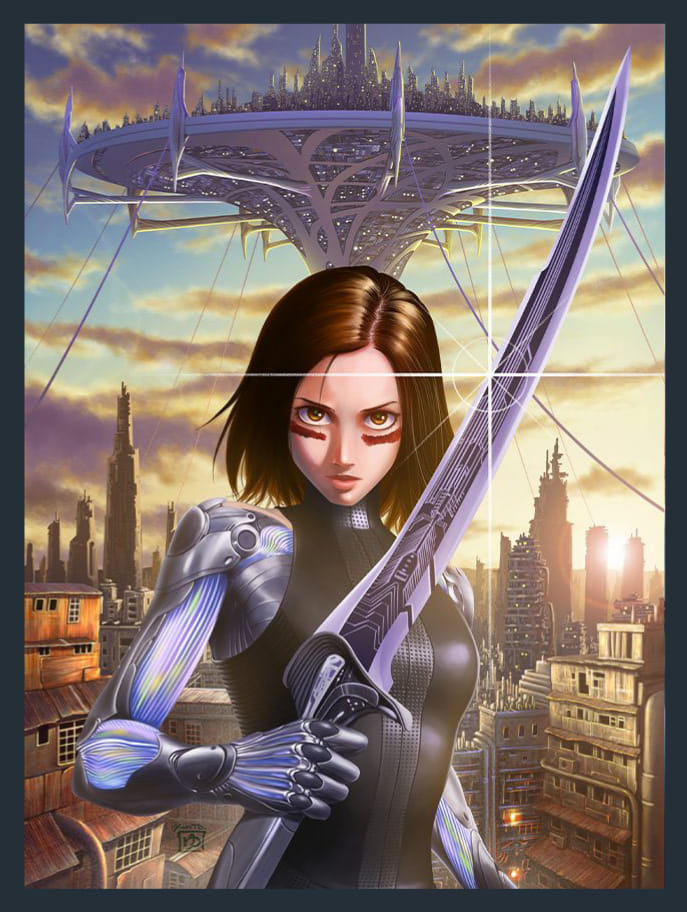 I spotted this on Twitter last week (Yes, "RT"s work, people!), where Battle Angel Alita’s creator, Yukito Kishiro praised the live=-action feature film adaptation of his creation/manga, saying/tweeting; "The core part of the manga was splendidly inherited. Including the development of the character’s mind and their raison d’etre, they were all diligently reflected in the movie and I am extremely glad." (Tranlated text) - along with the above snazzy illustration in homage of the film.

I've yet to personally watch this, and am unsure if I should catch it on the silver screens, or wait....? Meanwhile, I'll check out the 55-minuter "Gunnm : Battle Angel Alita" 1993 OVA since posted below :)

"A two-episode OVA was released in 1993, incorporating elements from the first two volumes of the manga with changes to the characters and storyline. According to Kishiro, only two episodes were originally planned. At the time, he was too busy with the manga "to review the plan coolly," nor was he serious about an anime adaptation. It remains the only anime adaptation of Battle Angel Alita to date and there are no plans to revive it." (Wikipedia)