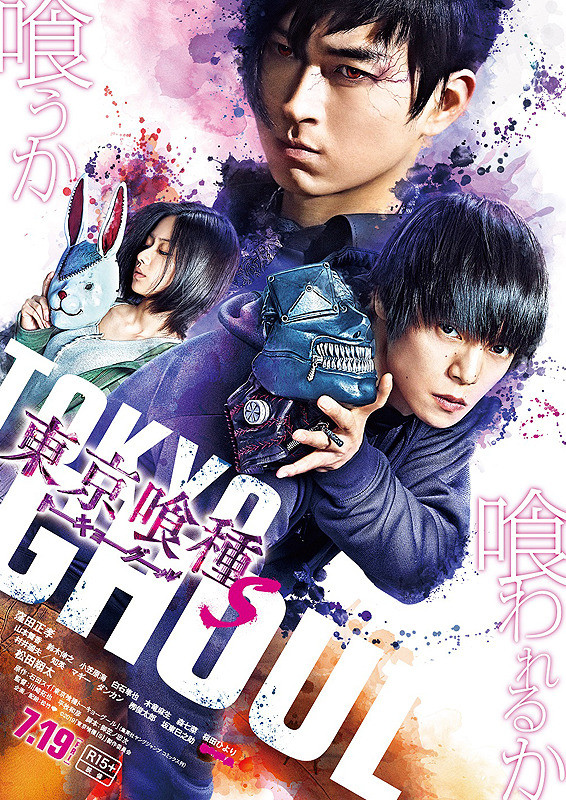 Since a not-so-stella viewing experience of the first film (from one of my ultimate fave anime series - first season anyways), I'd totally lost track of THIS sequel, which sees the return of Masataka Kubota 窪田正孝 as "Ken Kaneki", and Maika Yamamoto 山本舞香 as "Tōka Kirishima" (*taking over the role from Fumika Shimizu, who has since retired from acting in 2017). Shota MATSUDA 松田翔太 plays the "Gourmet Ghoul" whom in the anime gagged to devour Ken!


SYNOPSIS: "Now a member of Anteiku, Ken Kaneki grows closer to the ghouls around him. Determined to protect his new home against anti-ghoul forces, he trains his powers in secret. But when the infamous gourmet, Shu Tsukiyama, wishes to savour some half-ghoul flavour, Kaneki's training is put to test of a lifetime."


Thanks to the theme song "Introduction" (featured above), I ended up spending an entire day binging on Queen Bee 女王蜂 tracks/MVs on youtube!