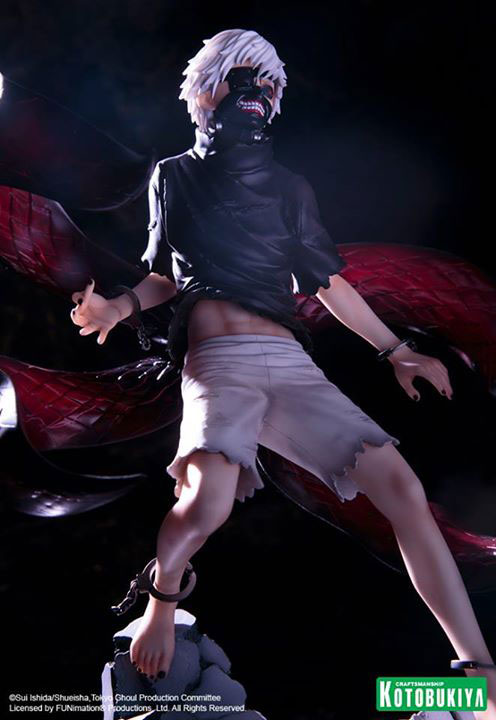 KOTO PRESS: "A Kotobukiya Japanese import! The latest new addition to the ARTFX J lineup (a bold expansion designed “to bring classic Japanese characters to their fans worldwide”) is the horror manga and anime property Tokyo Ghoul, featuring the story of a young man who’s turned into a half-ghoul and discovers a world he never knew existed. The first ARTFX J presentation is the main character in his fully expressed half-ghoul state, Ken Kaneki Awakened Ver.! 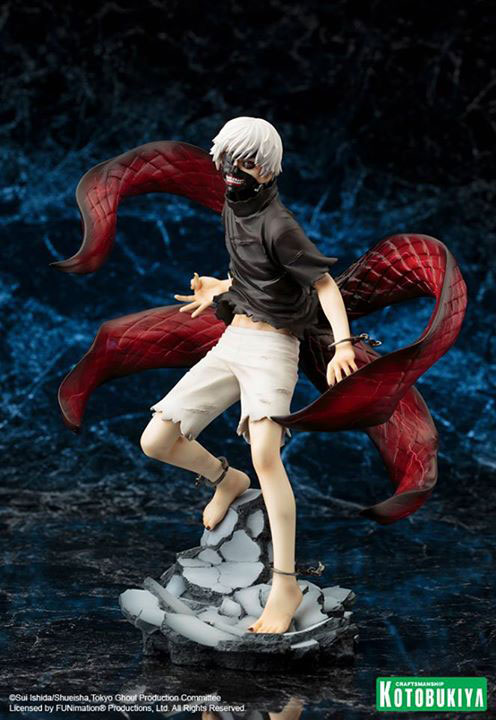 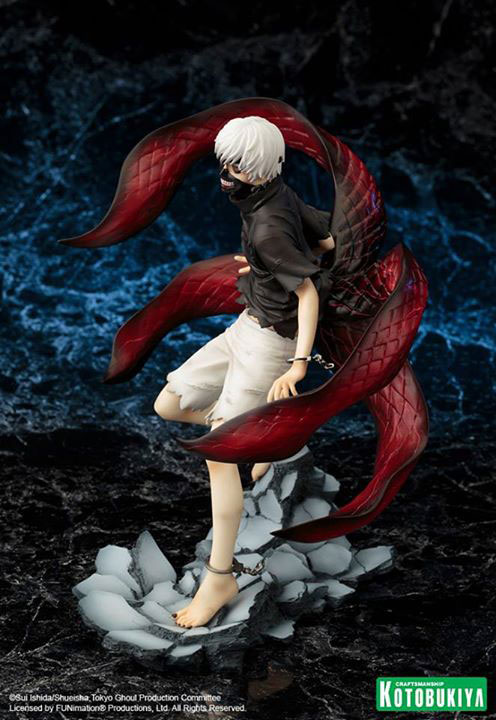 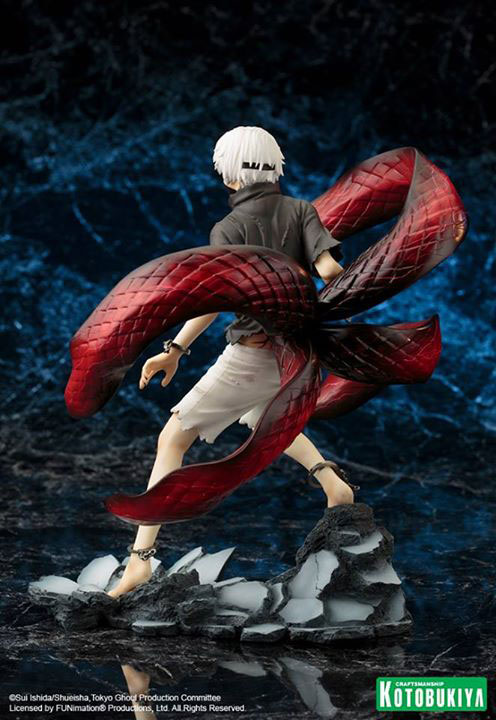 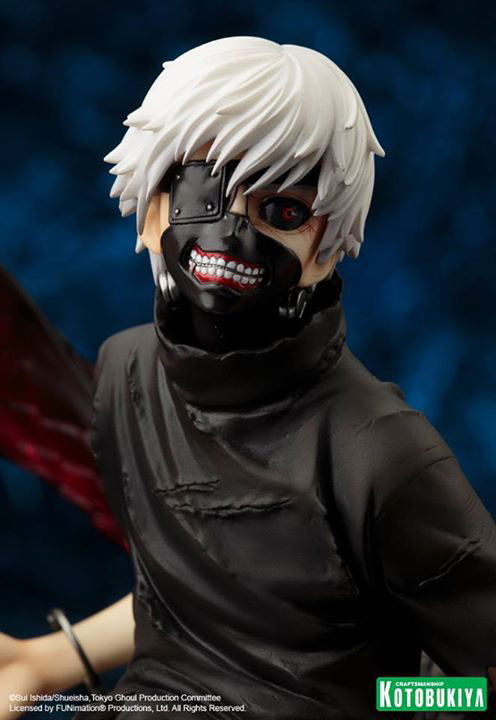 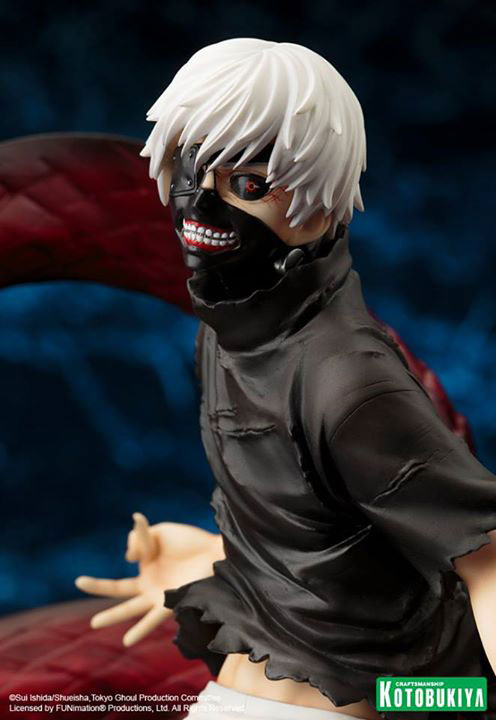 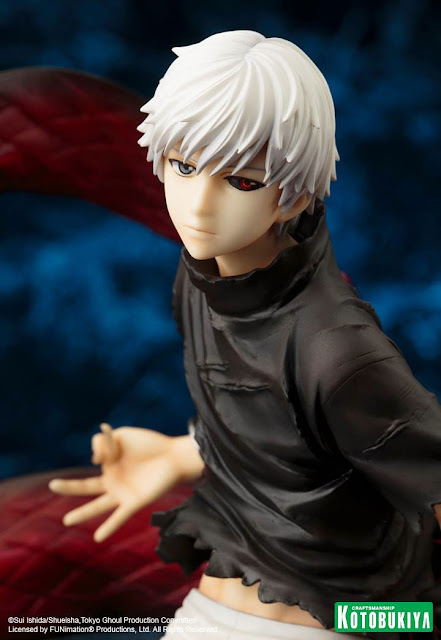 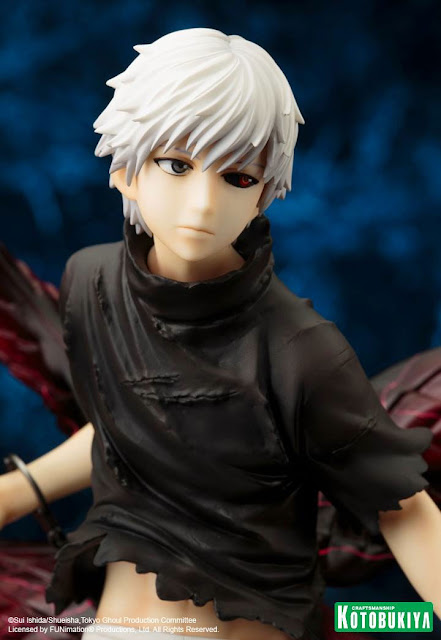 KOTO PRESS: "Pre-order the Tokyo Ghoul Ken Kaneki Awakened Version ARTFX J statue through kotous.com and you will receive at no additional charge an exclusive interchangeable unmasked portrait of Ken Kaneki*! This brand new head sculpt is available through Kotobukiya online and retail stores and is strictly limited to 300 pieces for the North America market. Fans of Tokyo Ghoul will not want to miss out on this exclusive offer so make sure to secure your pre-order bonus beginning at 10AM PST tomorrow, April 10th at kotous.com. *Unmasked Ken Kaneki portrait will come packaged separately." 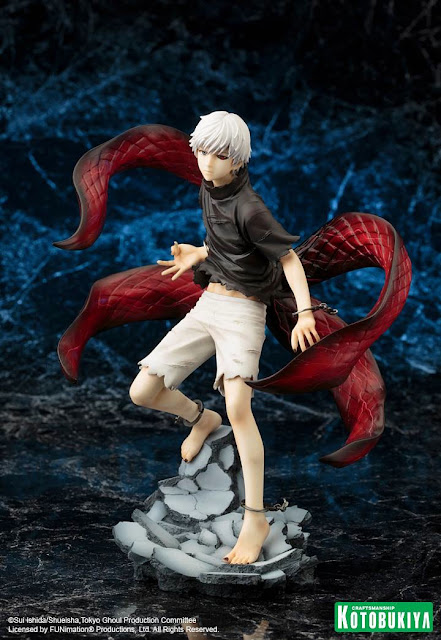 WHO-IS: "Once a normal university freshman, Ken received the transplant of a ghoul organ which gave him his abilities and alternate form which he shows off here. The half-ghoul stands on a broken rubble base in a relaxed pose, ready to attack. Ken wears a tattered gray shirt and white shorts... but that’s just the remains of his human life. Crawling up his neck and over his face is his horrific ghoul mask complete with eye patch, though his rictus grin and one solid black eye are exposed. Of course, being awakened means that the half-ghoul’s “kagune” is released; Ken’s takes the form of four thick, tongue-like tentacles protruding from his back and undulating around him! A highly detailed sculpt and masterful paint applications make the half man/half monster a truly impressive display piece." (Kotobukiya)