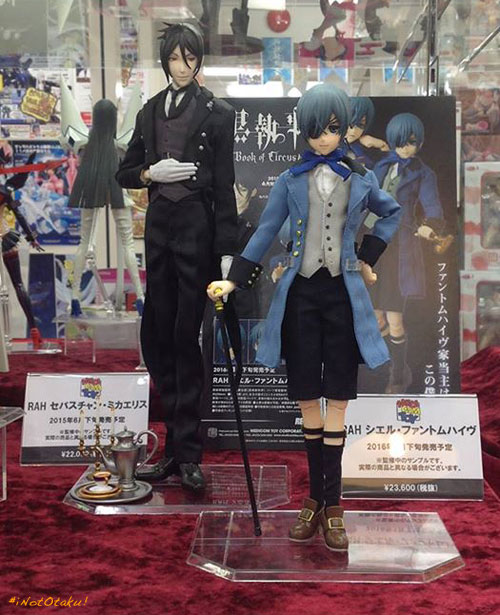 "Book of Circus" is the name/theme of the 3rd season of the "Kuroshitsuji" / "Black Butler" anime, and Medicom Toy is making "Ciel Phantomhive" and his demon butler "Sebastian Michaelis" as RAH ("Real Action Hero") 1/6th-scaled articulated action figures! 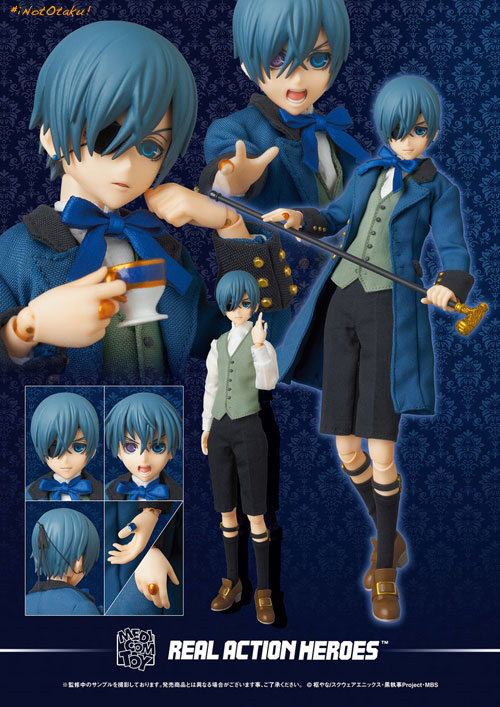 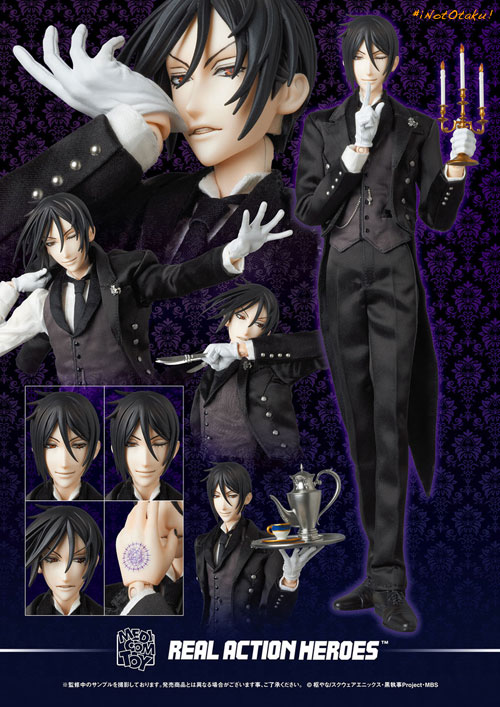 "Kuroshitsuji: Book of Circus (黒執事・サーカスの書, Kuroshitsuji: Sākasu no Sho) is a Kuroshitsuji (黒執事, Black Butler) television series and the third season of the Kuroshitsuji anime, that premiered in the Animeism block[1] on July 11, 2014, with a new episode released every Friday (Japanese Central Time).[2] The season ended on September 5, 2014, comprising a total of 10 episodes.[3] It adapts the Kuroshitsuji manga arc Noah's Ark Circus, returning to the manga storyline at the point which the first season of the anime has previously diverged from (i.e. at the end of the Curry Contest Arc: Episode 15)." () 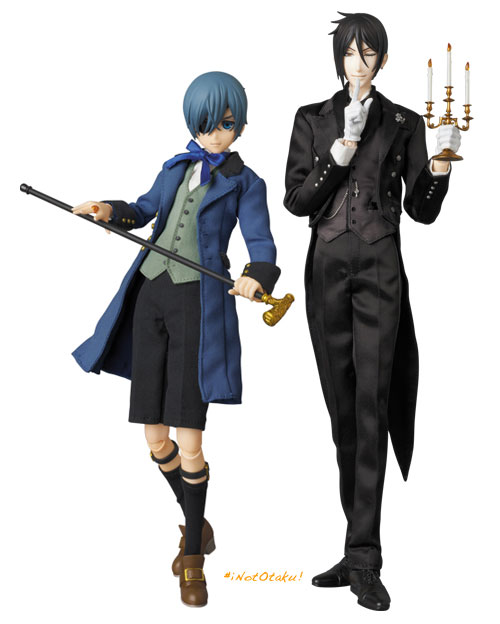