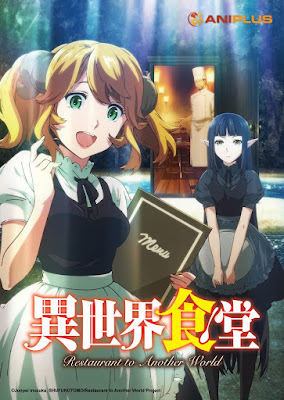 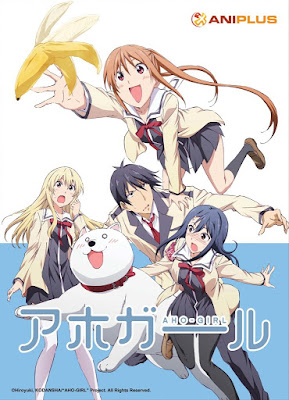 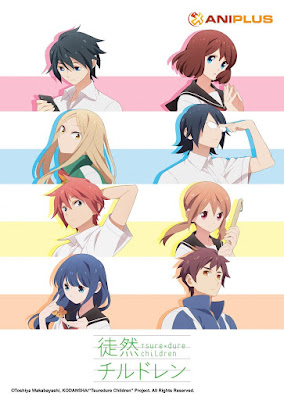 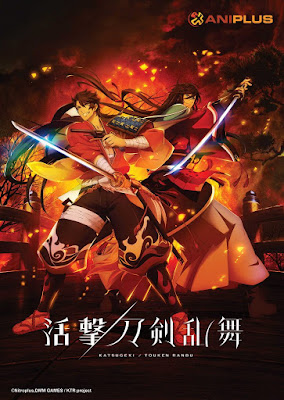 ANIPLUS shares with us a quartet of titles for their Summer simulcast! Namely (1) Restaurant to Another World, (2) Aho-Girl, (3) Tsuredure Children, and (4) Katsugeki TOUKEN RANBU - Scroll thru for more info and PVs!

STORY: "In the restaurant “Nekoya”, time and space is warped every seven days. The restaurant welcomes guests that are from ‘another world’, with different backgrounds, race, and lifestyle, as they come in from doors to the restaurant are spread around the other world. You will be able to see food that we are so used to in a different light."

STORY: "Yoshiko is an incredibly clueless high school girl with a fatal weakness for bananas. Due to her hopeless intellect, her devoted friends have no choice but to hang around and make sure nobody takes advantage of her."

”Aho-Girl” is an adaptation of a 4-koma (4-panel) manga, featuring Hanabata Yoshiko, a genuinely stupid girl who can even get zero score for multiple-choice tests.. ”Aho-Girl” premiers 5th July, Every Wednesday at 23:00 / 22:00 (id/th)!

”Tsuredure Children” follows the love story between different high school students, and each of them have something in common, they find it hard to confess their love. Adapted from a 4-koma (4-panel) web manga, Wakabayashi Toshiya brings to us this summer, the feeling of skittering around a crush in a cute and funny way. Tsuredure Children will be airing on ANIPLUS this Summer, premiering on 5 July, Every Wednesday at 23:15 / 22:15 (id/th).

STORY: "The fate of the world is threatened as an army of historical revisionists are sent from the future to alter the course of history. In order to protect the real history, Horikawa Kunihiro and Izuminokami Kanesada – two Sword Warriors brought to life – rush to Edo to confront the invading army, along with a lively gang of other warriors."

Based on the popular Japanese online game, Touken Ranbu, “Katsugeki TOUKEN RANBU” is the second adaptation of this series, as animated by Animation Studio ufotable. Fund out more about the series here, and stay tuned to it’s premier on 2nd July 2017, Every Sunday at 01:00 / 00:00 (id/th).

(Cheers for the headsup, Jeslyn)