Watched the NEW World Trigger series titled; "World Trigger:Toubousha-hen" anime with Ep.1 essentially the exact of Ep.49 in the first season!, with probably Ep.2 bring Ep.50 of season 1 ... Glad the series is continuing on!

"Like in most of the TV anime that are broadcast on TV Asahi in Japan, the World Trigger anime incorporates all the credits into the opening theme and there is only an opening for the show and no ending for the show.

Before the original anime ended they announced World Trigger:Toubousha-hen and It will be a brand new series with an original story not presented in the World Trigger manga, and with new characters and concepts." (Wiki)

#watched NEW #WorldTrigger series #anime #Toubiushahen with Ep.1 essentially the exact of Ep.49 in the first season!, with probably Ep.2 bring Ep.50 of season 1 ... Glad the series is continuing on!

The arctic-based story-line in Heavy Object concludes by Ep.3, where the story focuses on Qwenthur and Havia taking down the foreign Object (with the Princess' help, of course) - and it is quite a straight forward bang+explosion event that leaves our team in dire straits … but when Frolaytia and reinforcements arrive, it was such a triumphant air-punch moment, for me personally!

Quite surprisingly, no "cheekiness" in this ep … if this the beginning of a new "normal"? Say it isn't so! 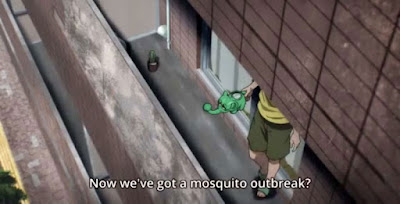 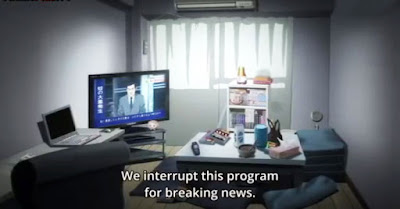 Scroffed down Episodes 2 + 3 of One Punch Man this single sitting, where we get to see the "regular" life of "Saitama" and his humble home, but this slice of "peace" does not stay long as the danger turns a thousand fold real quick with the coming of Mosquito Girl!

The cyborg "Genos" is introduced, and together, they fight against agents from "House of Evolution", and before the end of Ep.2, Genos yearns to be Saitama's "disciple".

Th story continues into Ep.3, where they confront Doctor Genus, and battle against the ultimate weapon of HoE: "Asura Rhino"! No prizes guessing WHO won here LOL

The "secret" of Saitama's training regime is "revealed", both Saitama and Genos rushes off for an activity which belies the ridiculousness of One Punch Man (and hence it's charm, IMHO), while leaving Doctor Genus unattended. "Funny", lah…

I have to say though, the level of devastating powers displayed in each episode needs to be relished, especially for fans of comicbook super powers! Massive explosions, massive concussive displays, massive guilty pleasures sated LOL