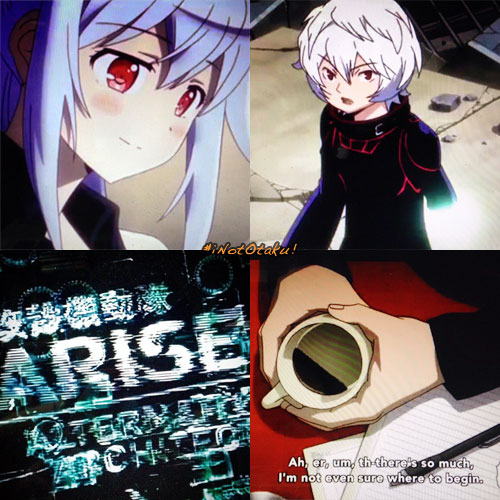 WHAT-IS: "(Most) Every Sunday I devour a selection of my regular anime follows, and instagram screen-snaps on @toysrevil first (hashtagged #sundayanimetrip) and then blog about it here on #iNotOtaku, along with short summaries (sometimes SPOILER-ish, most times not) and my personal impressions. Nothing too cerebral (this isnot that kind of blog :p), just sharing my passion for and geeking out with fellow anime-geeks. Welcome to my #SundayAnimeTrip :)" 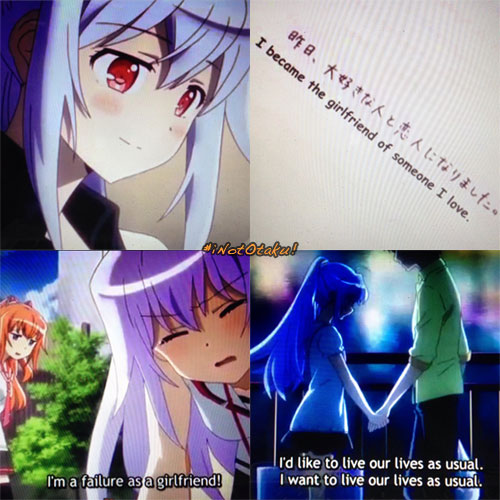 Episode 10 of Plastic Memories was essentially a sweet ep where Isla and Tsukasa coming to terms with their new relationship status, and one way was to make a meal together. This was a simple, straight forward and mundane but sweet ep, and I have no complaints with that :) 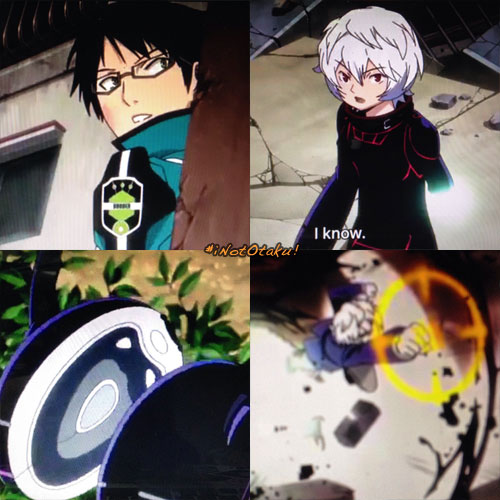 World Trigger Episode 34 was one of he highlights so far in the battle with Aftokrator's Black Triggers, with Border Agents Yuma, Miwa and Osamu all adopting similar tactics even though they were apart from each other, with the results showcasing fights that both thrill and excite! I was breathless with mouth agawk at Yuma's efforts, and smiled a devious one when Miwa unleashed Fujin (The Black Trigger in Border's possession, after Jin surrendered it to Border HQ in an earlier ep) … all this excitement and I have to wait one more week to see "7 seconds left until the crossroads of the future"? 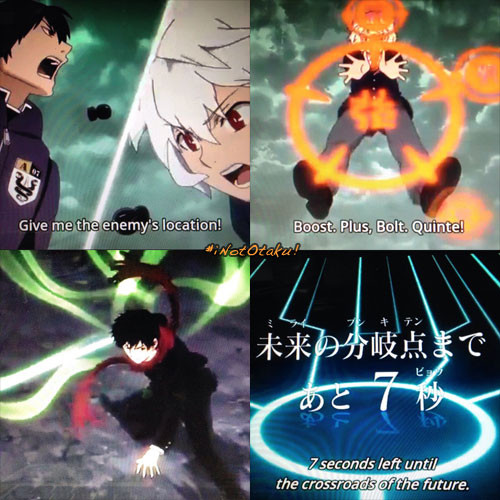 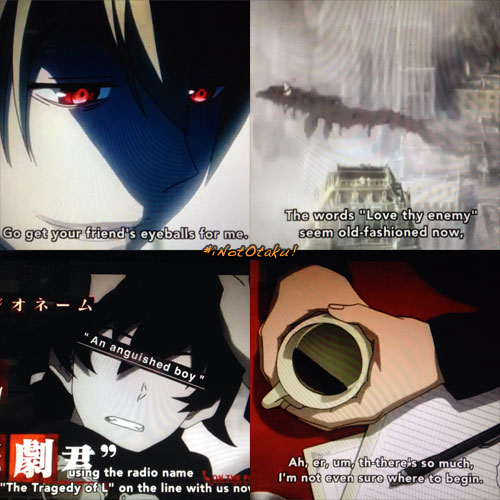 This week saw the airing of Episode 10.5 of Kekkai Sensen, which was essentially a recap episode of the 10 eps since the start - with Leonardo going on an online radio show as an "anonymous" caller talking about his past, as a bridging device. Nice one, this.

The ep also took a look at how Hellsalem came about(making it uber clear what they have been describing each week, actually), and the story of characters Black and White retold … a good point where folks are reminded and re-educated, methinks!

As of this post, I have yet to publish a decent "introduction" to "Blood Blockade Battlefront" - currently my favorite anime series - and will attempt to do so ASAP! 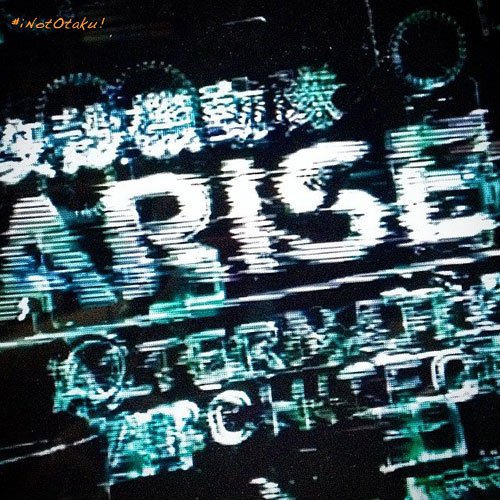 Given my personality and habits, I tend to "save the best for last", like the last morsel of food I put into my mouth tends to be the best tasting bit of the meal etc … but in the case of anime, I had taken a slightly different approach …

In regular circumstances, I would watch Kekkai Sensen (my current fave anime) the LAST, but instead I choose to watch ARISE Alternative Architecture, primarily because it helps me chill down from the excitement of the anime(s) I caught prior before, with the soundtrack likened to a lullaby for me to end a sunday off with :)

This is by no means a slight to ARISE though, but I've also come to realize that the OST and sounds for ARISE has, for me personally, surpassed the anime allure.

Ep.9 and Ep.10 would have helped buckle this notion perhaps, as they were created separately from the ARISE movies, which have been re-edited for this weekly television episodic format - movies which I have already watched before, and hence nothing "new" to grab at my attention, but for the songs which attracts me.

Last week saw Ep.9, which by this Sunday has not been updated with Ep.10. But I still watched the opening just for the series theme song hahahaha