Posted by TOYSREVIL on September 24, 2019
A special dual screening of CENCOROLL (2009) and CENCOROLL CONNECT (2019), is coming to Singapore screens - with both anime films directed by Uki Atsuya - premiering this Thursday September 26th! Featured here is a press/write-up, along with trailers for both films (including 2 x trailers for CENCOROLL CONNECT), which are released a decade apart, with "Cencoroll Connect" essentially a revamped version of the second film and ties in the events from the first film. 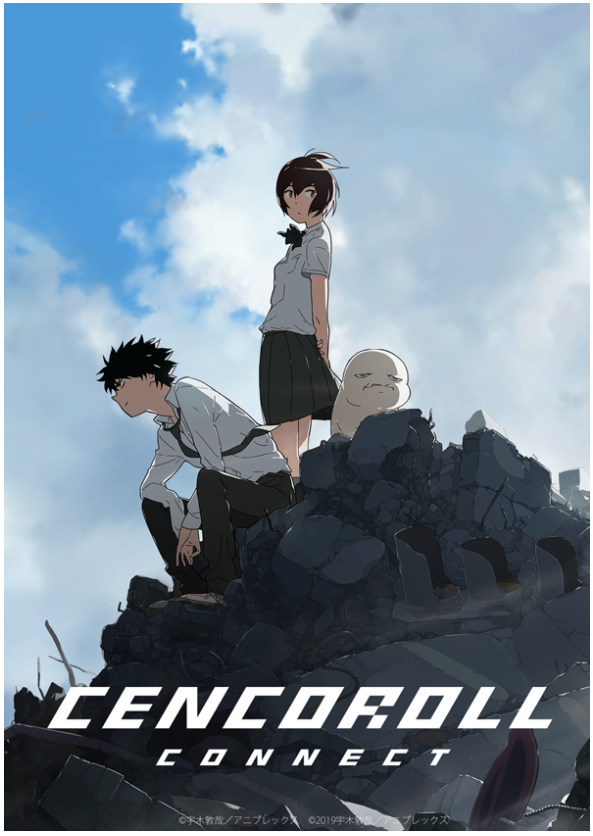 Featuring a massive creature that suddenly appears in the middle of town, some boys who can control the creature, and a curious and energetic girl with short hair, CENCOROLL pops from the screen with its wildly imaginative style and blows away audiences in its brief runtime. Creator Uki Atsuya, known for his character designs in Tsuritama and Digimon Adventure tri., created CENCOROLL almost entirely on his own, releasing it in 2009 and receiving passionate support from fans.

Now, the project appears again, breaking a 10-year silence in the form of CENCOROLL CONNECT, the legendary short combined with its direct sequel to form a single film. With carefully constructed visual style, unrestrained animation that is both delicate and brutal, and a larger world that invites you in and keeps you asking questions, CENCOROLL CONNECT loses none of the freshness that gave the original its impact, helping us rediscover Uki Atsuya’s artistic genius.

SYNOPSIS: A boy named Tetsu watches lazily as a mysterious white creature appears atop a tall building. He names another one of the creatures “Cenco” and lives his life as a high school student secretly with it, using its ability to change its shape at will to remain hidden. However, one day a girl who goes to his school learns his secret and a mysterious boy named Shu appears and attacks Cenco, leading to an eruption of unexpected events…

It seems as though the disturbance is over when another girl named Kaname shows up looking for Shu. Her appearance signals the beginning of a new turn of events for Tetsu, Yuki, and Cenco.

Scheduled for a 26th September 2019 release here in Singapore - via Cathay Cineplexes - this 74 minutes long Japanese language film (with English Subtitles) is rated "PG13 (With Some Violence)" here in SG. (Below stills via moca-news.net). 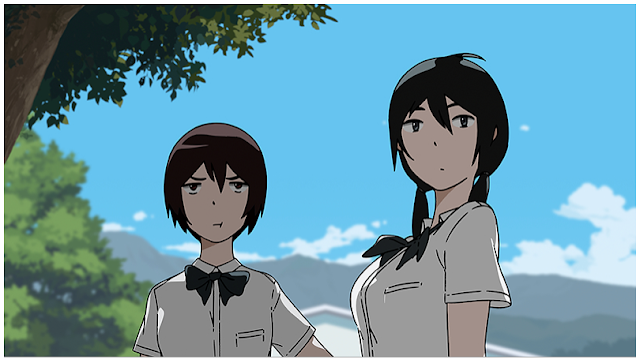 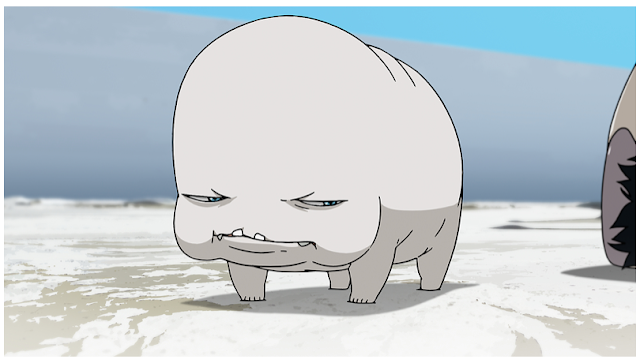 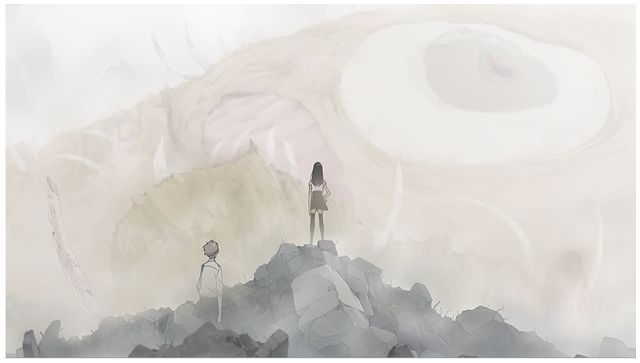 I am somewhat intrigued with the low-fi/simple lines in the animation, and appreciate the visual aesthetics, even if the film might fly over my head! And the creature look like they might make fun "toys" haha

Apparently a THIRD ("Cencoroll 3") has since been mentioned (reported myanimelist.net), where it will be "the final movie in terms of Tetsu and Yuki's story." While a premiere date hasn't yet been set, let's hope it doesn't need another decade to happen.
anime film CENCOROLL CONNECT