ANIME TITLE: Boogiepop and Others

SYNOPSIS: "The Mystery of The Haunting Urban Legend.
There is an Angel of Death known as Boogiepop who releases people from their pain and suffering. A spate of disappearances occurs at Shinyo Academy. But is it Boogiepop, or something more sinister?" (aniplus-asia.com) 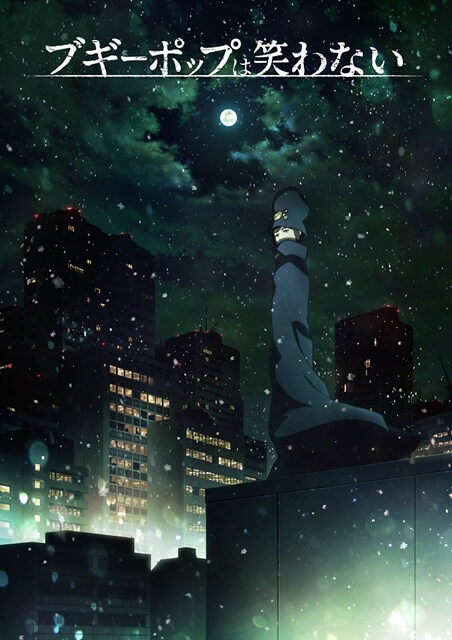 2. Directed by Shingo Natsume and produced by Studio Madhouse, the creative team behind the success and popularity of the first season of One Punch Man.

4. The original anime series was a hit, and is noted for its engrossing plot and non-linear storytelling.

#BoogiepopPhantom #anime Ep1...can’t seem to get a handle on what this is about ... immediate feeling is “Serial Experiments Lain” but with a supernatural bent ... but nothing to substantiate this impression... yet. #inototaku

WATCHED: I've actually had a chance to watch 2 & 1/2 episodes, and found it "interesting" but somewhat ambivalent about what is/was going on ... upon googled-research, I do understand about it being/featuring multiple P.O.V.s ("Points of View") from different characters, but the mystery remains plodding, IMHO. I more likely will not continue to watch this, until maybe later when there are more episodes to binge on, as I have not developed a curiosity enough to follow it on a weekly basis. The trailer showed/shown so much promise tho...

Anime Boogiepop and Others video watched