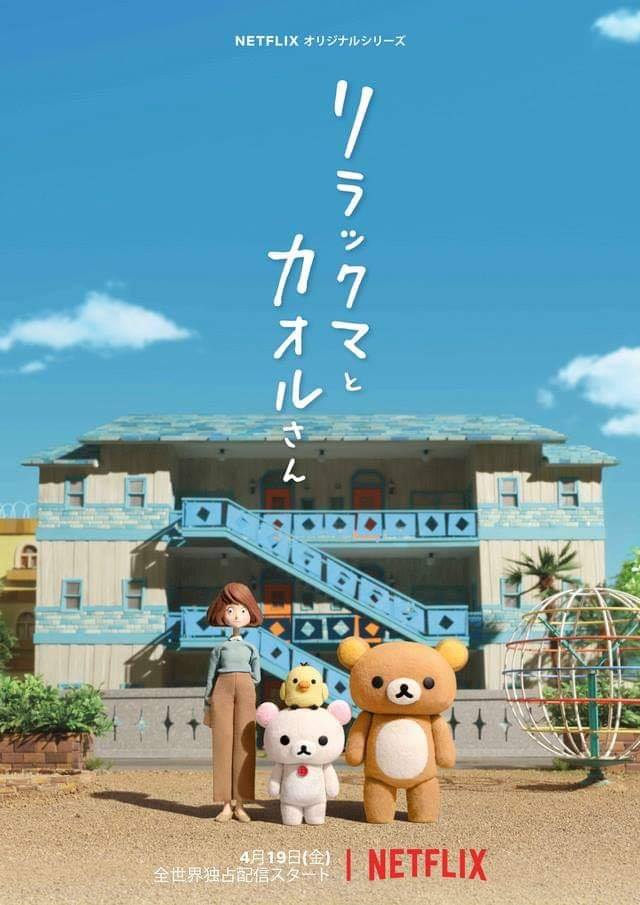 And while we've only a sliver of stop-motion visuals from the earlier teaser, the "official trailer" for "Rilakkuma and Kaoru" has since been launched, and features their "human" friend! Streaming on Netflix starting April 19th, 2019

"Kaoru's unexpected new roommate is Rilakkuma, a bear with a zipper on its back that spends each day just lazing around, but is impossible to hate. Often sweet, sometimes bitter, Rilakkuma & Kaoru (Mikako Tabe) spend 12 colorful months together."