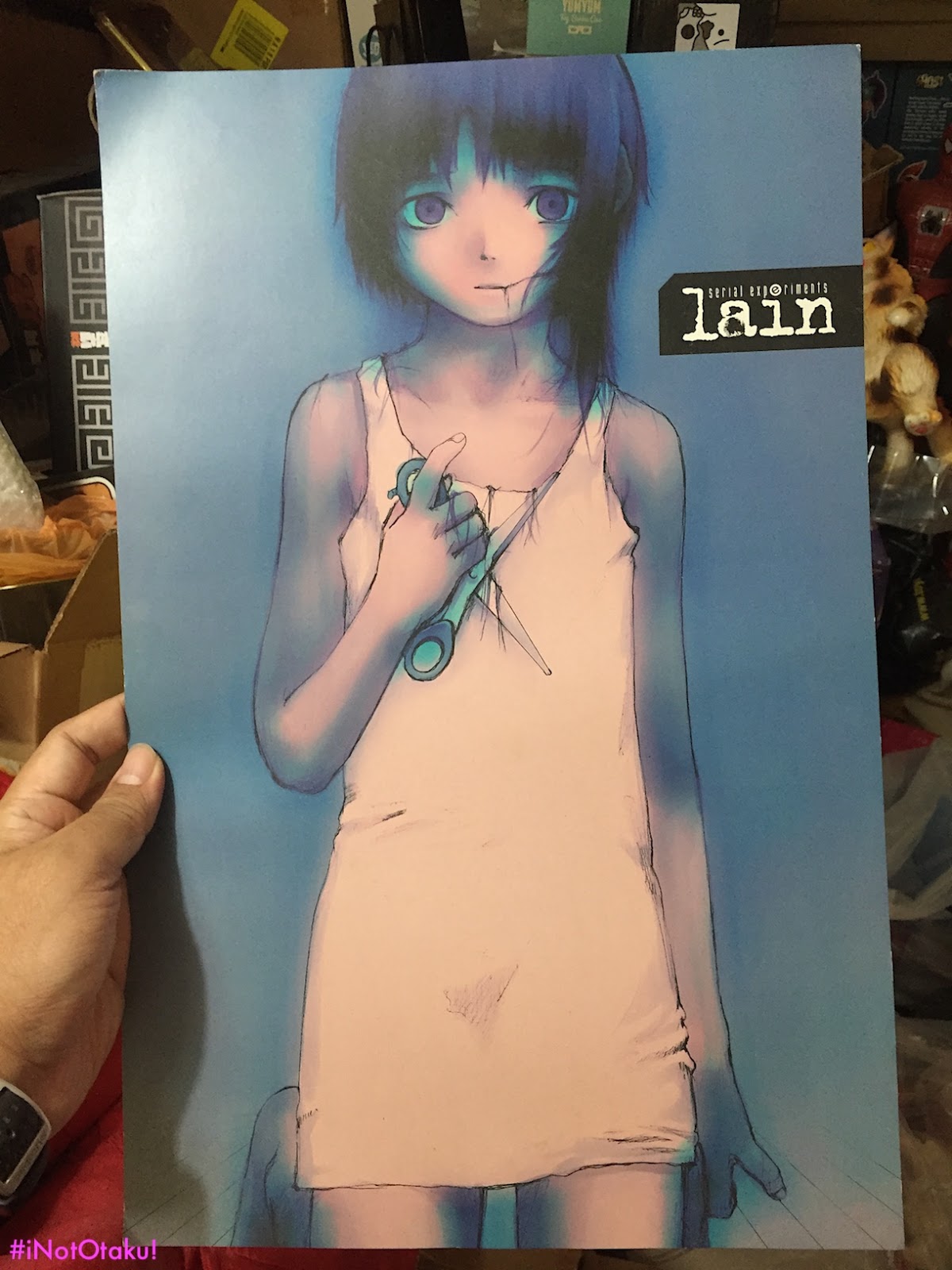 (Above: My sole LAIN poster print given to me by my friend who has since left our mortal plane)

WHAT-IS: "Serial Experiments Lain (シリアルエクスペリメンツレイン Shiriaru Ekusuperimentsu Rein) is a postmodern science fiction anime series directed by Ryūtarō Nakamura, with character design by Yoshitoshi ABe, screenplay written by Chiaki J. Konaka, and produced by Yasuyuki Ueda for Triangle Staff. It was broadcast on TV Tokyo from July to September 1998. The series is influenced by themes such as reality, hyperreality, identity and communication,[2] and are portrayed through extensive references to subjects such as philosophy, computer history, cyberpunk literature and conspiracy theories."

Very aptly, the internet celebrated LAIN's 20th anniversary online on July 6th, with a slew of fanart (Scroll down to view), along with the subtle influence the story had on society for the past two decades. To say the concept was "ahead of it's time" is by far outweighed by it's concepts flown over my head "back in the day", but oh-so-relevant and poignant in present day, present time.

Featured above is a English-dubbed trailer, while I'd had the opportunity to peruse the series in OG Japanese language with English subs instead.. and while I'd dare not presume to wholly understand the series, I had recognised enough to keep me enthralled and enthused, a technological-zombie caught up in the limbo-zone of intrigue, and I secretly relished it.


(OP Track "Bôa" by Duvet / Opening Clip from Serial Experiments Lain Blu-ray)
20 years later, the opening track remains embedded in my psyche (see video above), and as well a lingering regret I kit bashed my Lain action figure in clothes other than her own LOL

Serial Experiments Lain was WAY ahead of its time. #lain20th

The main concept describes the extension of the Internet beyond PCs and humans to form a truly universal network.

In any case, it is useful to remember that the anime was aired 20 YEARS AGO (1998). pic.twitter.com/H5fysTXSV9

And all the fears you hold so dear, will turn to whisper in your ear.... #lain20th pic.twitter.com/JeAtVOrshR

Tempted to rewatch my DVD set again, but I've a feeling I might confuse myself even more LOL ... although, I do wonder how a girl like "Lain" would be like in this day and age? A Reboot Incarnation? Or how old she would be now, having known and felt what she did, for the past twenty years ...