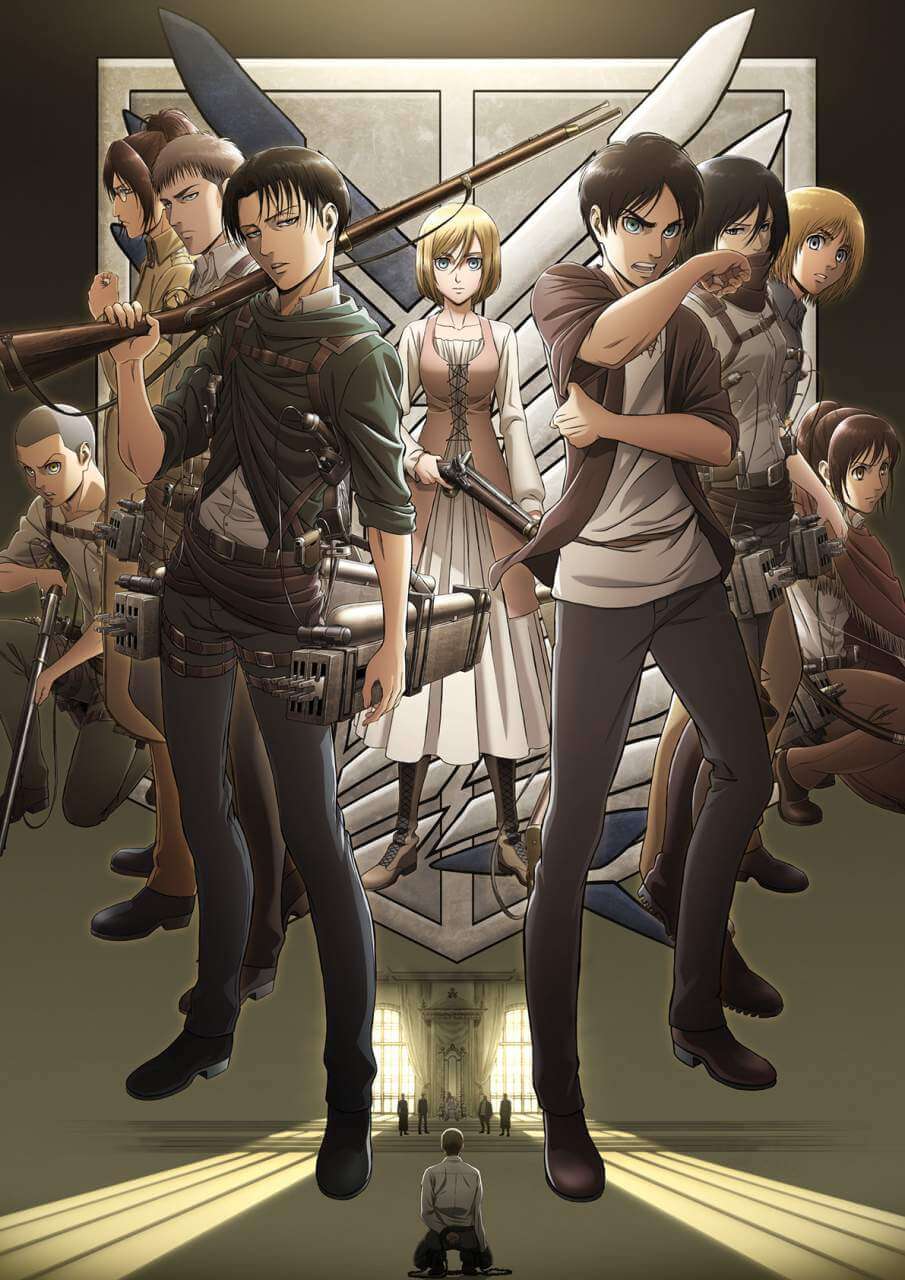 ANIPLUS will be simulcasting Attack on Titan 3, Angels of Death, and Planet With, on top of Steins;Gate 0 and PERSONA5 the Animation from last season. Here are the premiere dates and encore time for your viewing plans, along with PVs/Trailers & Show Synopsis, and check out www.aniplus-asia.com for more / to watch!

STORY: "After recovering Eren and Historia, the recruits are put under the care of Levi. Stuck out in the middle of nowhere, Hange subjects Eren to a series of experiments in an attempt to find out more about his ability. But when their link to the secrets behind the wall is murdered, the squad must move out and find a new refuge. Except, a figure from Levi’s past has his own plans to stop them." (aniplus-asia.com)

STORY: "13-year old Rachel awakens to find herself trapped in the basement of an abandoned building. Without any memories, or even a clue as to where she could be, she wanders the building, lost and dizzy. In her search, she comes across a man covered in bandages. He introduces himself as Zack and he wields a grim-reaper like scythe." (aniplus-asia.com)

STORY: "Soya Kuroi lives a peaceful life despite having no memories of his past. But one day, his city is suddenly attacked by a giant machine known as a "Nebula Weapon". Along with the cat-like Professor and the gothic lolita girl Ginko, he is dragged into the fight, but he ends up the enemy of seven heroes who are working to protect the city. What is Soya's reason for fighting that is locked deep within his memories?" (aniplus-asia.com)

STORY: "Okabe struggles to recover from a failed attempt at rescuing Kurisu. He decides to abandon his lively scientist alter ego to forget the past. He is pulled back into the past by meeting an acquaintance of Kurisu, who is testing a device that stores the memory of a human & creates a simulation of them with their characteristics and personalities. Okabe begins testing and finds out that the simulation of Kurisu has brought back anguish and some new unexpected tragedies." (aniplus-asia.com)

STORY: "Ren Amamiya is an ordinary high school student in Tokyo during the day, and part of the group known as Phantom Thieves who maneuver the city in the after hours." (aniplus-asia.com)

(Cheers for the headsup, Jeslyn)