Season 3 of the "ATTACK ON TITAN" anime will see a July premiere in Japan, and announced to stream in the U.S. on July 22nd, 2018. Featured above is a new subtitled trailer (from FUNimation / Source), while a couple of promotional posters are featured below. 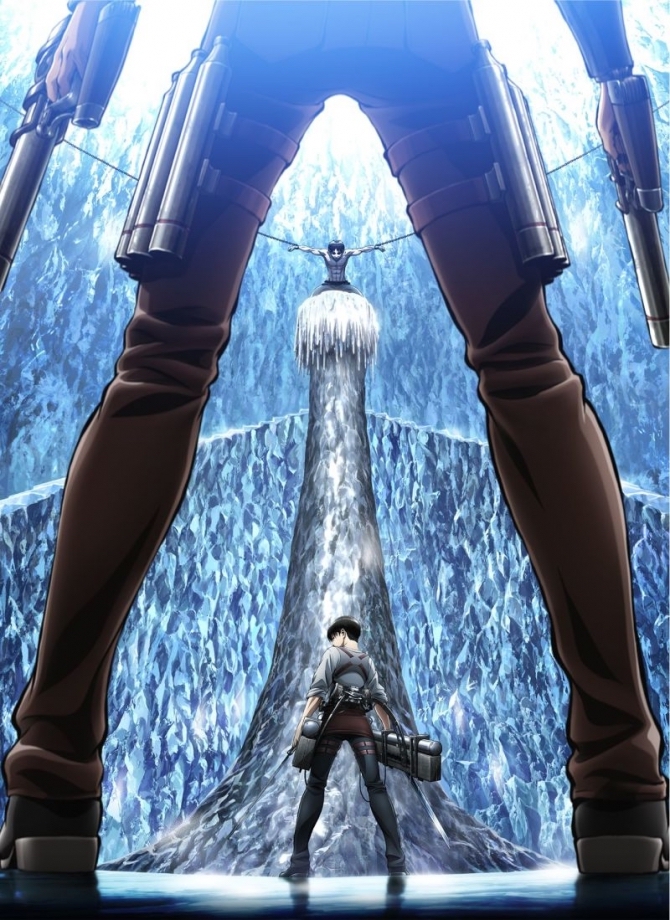 I'm not gonna lie - by the end of Season 2, I was a bit cold to the anime... with the heightened anticipation due to my utter fanboy obsession devotion to the first season, the 2nd season came and left with a thud in my anime-loving heart. Sure there were interesting reveals and confrontations, but perhaps dulled by my own accidental reading of the manga - ironically "revealing" the characters.... not too sure I even care for their "motivations" (of course kept secret and unspoken in the 2nd season). 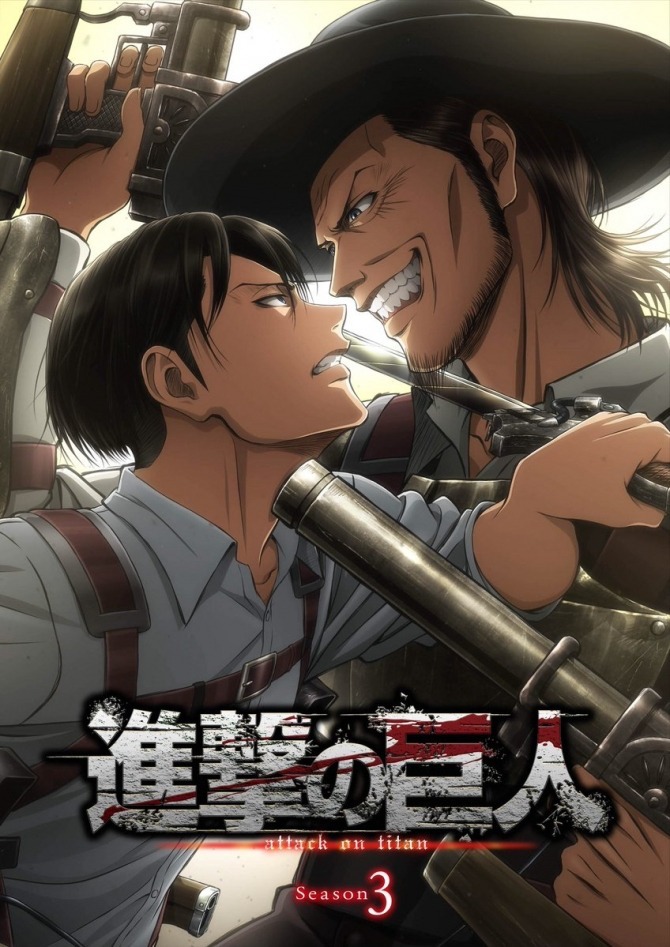 Or perhaps the "freshness" of the "Us versus Titans"-schtick had run it's excitement, along with the transforming EREN TITAN .... although from the trailer here seems we will be seeing more "humans vs humans" (in)fighting - which might still prove "interesting" - I am skeptical of any possible/eventual "political" intrigue designed to add spice to the proceedings, which personally to me sullies most action adventure fantasy stories, IMHO.

But hey, I'll certainly be shutting my mouth before I watch the first episode, or the 24 eps planned for Season 3 :p