New video promos for GODZILLA MONSTER PLANET (Tagged), now premiering January 17th on Netflix (previously reported to premiere November 17th, in Japan). Of course I'll be looking at Godzilla himself, versus the marauding humans who are trying to take him down LOL 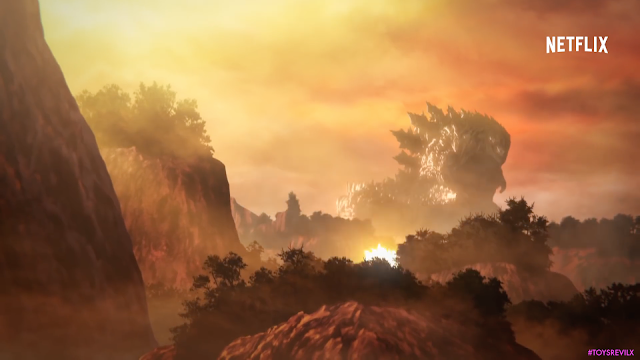 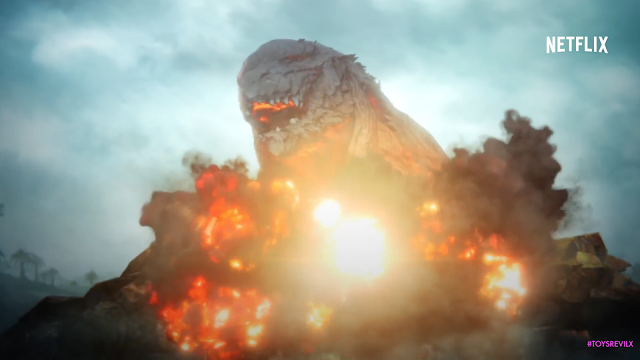 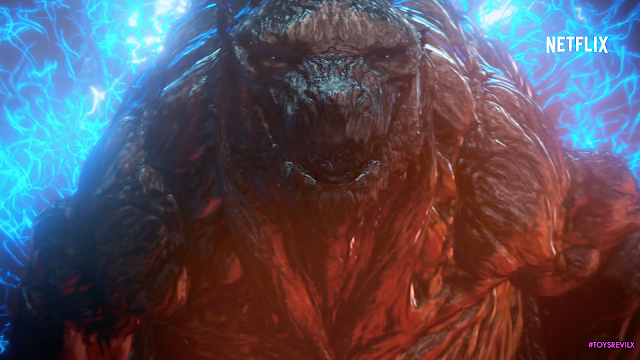 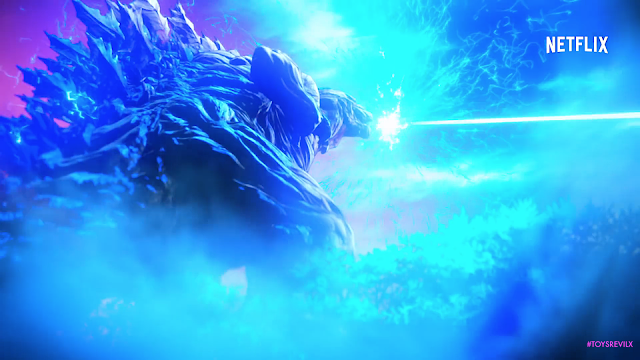 OFFICIAL PRESS: "Ever since it was first released as a feature film in 1954, “Godzilla” has come to be a colossal cultural icon loved by millions around the world. The 2016 release of “SHIN GODZILLA”, directed by Hideaki Anno, reinvigorated the franchise, bringing a completely novel and realistic depiction of the iconic monster story, which earned 82.5 million dollars at the box-office and captured the imagination of new and old fans alike. Now in 2017, “Godzilla” continues to surprise everyone along a new evolutionary path as a feature-length animated film.
“GODZILLA” the animated movie takes the franchise into the uncharted territory of a future world in which Godzilla has dominated the earth for the past 20,000 years with mankind as diaspora, culminating in a fateful final confrontation.

Directing is Kobun Shizuno whose theatrical realize of “Detective Conan: The Darkest Nightmare” last year grossed 63.3 million dollars, the highest attendance ever for that famed franchise. He is joined by another proven talent on the cutting edge of computer graphics, Hiroyuki Seshita, as director and executive director of recently-topical anime including “Knights of Sidonia” ('14) and “Ajin” ('16) Penning both the story and screenplay is Gen Urobuchi of “PUELLA MAGI MADOKA MAGICA” ('11) and “Psycho-Pass” ('12), a writer known to his large and loyal fan base as a master of meticulous and unpredictable storytelling laced with powerful ideas. Finally, handling the production is 3-consecutive Emmy award winning Japanese 3DCG animation studio, Polygon Pictures, which produced “Knights of Sidonia” and “Star Wars: The Clone Wars” on U.S. television earning Outstanding Special Class Animated Program at the 40th Annual Daytime Emmy Awards.

Prepare for the earth-shattering roar of a brand new “GODZILLA”, unlike anything heard or seen before.""