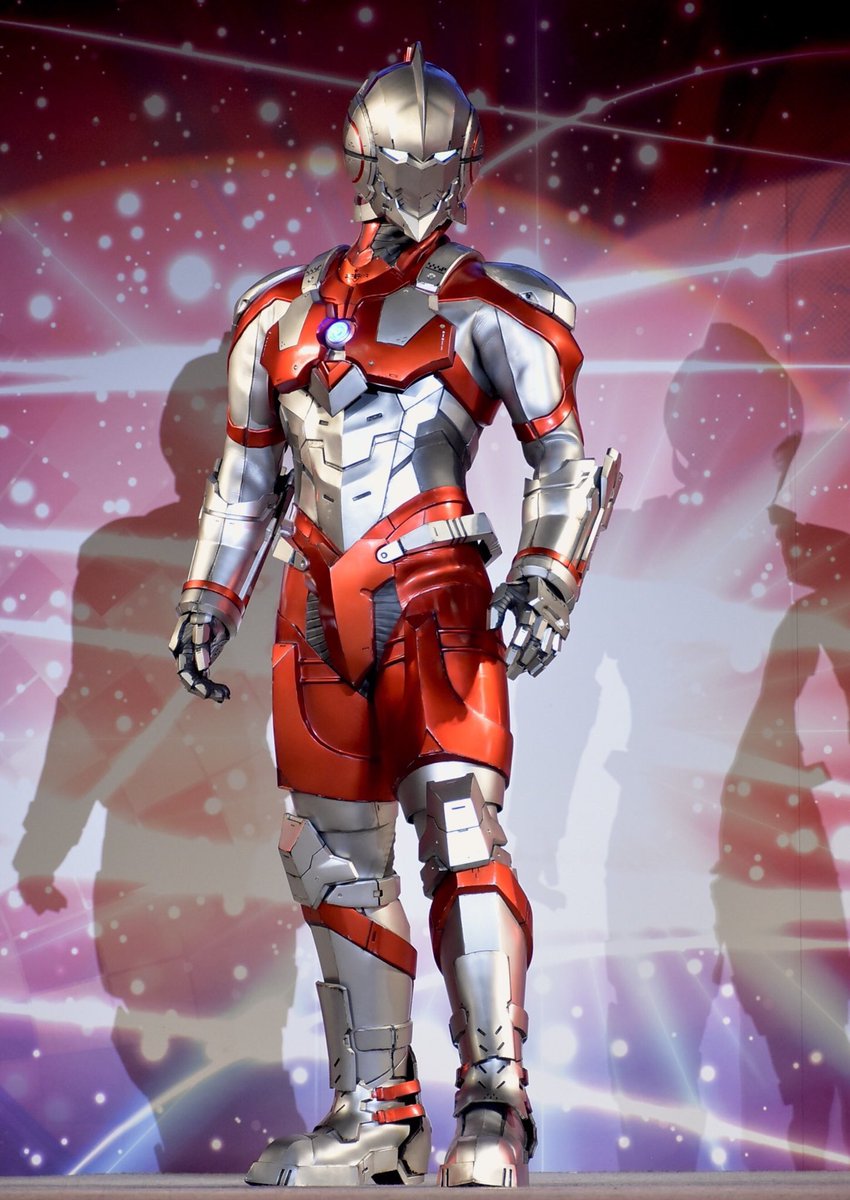 A “new” ULTRAMAN was introduced at Tokyo Comic Con 2017 (Dec 1-3) @ Makuhari Messe, and it was revealed to be the “re-design” for HEROES manga (first bogged about in 2011)! And while it is not meant for a “new Tokusatsu” TV show, this was however meant to announce the upcoming ULTRAMAN in a 3D CG film from Tsuburaya Productions! 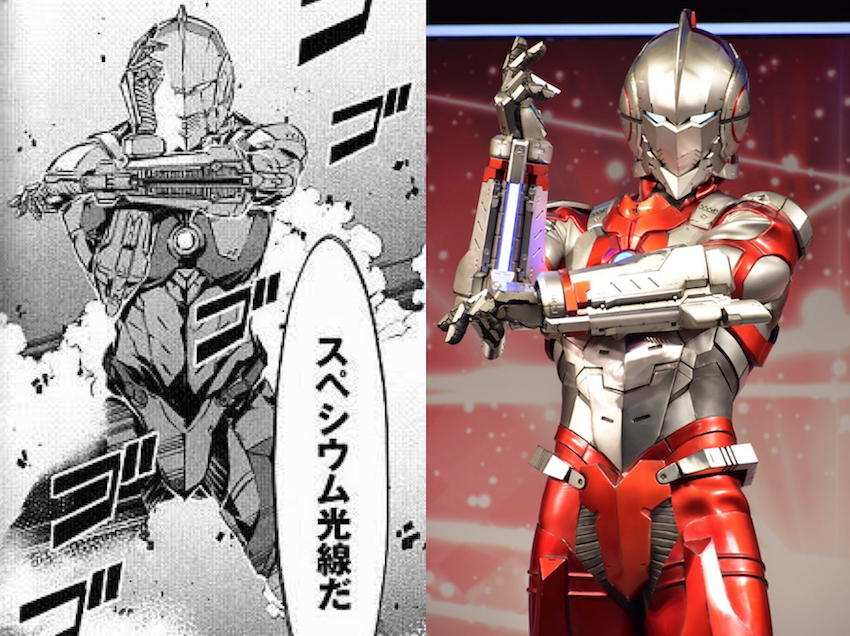 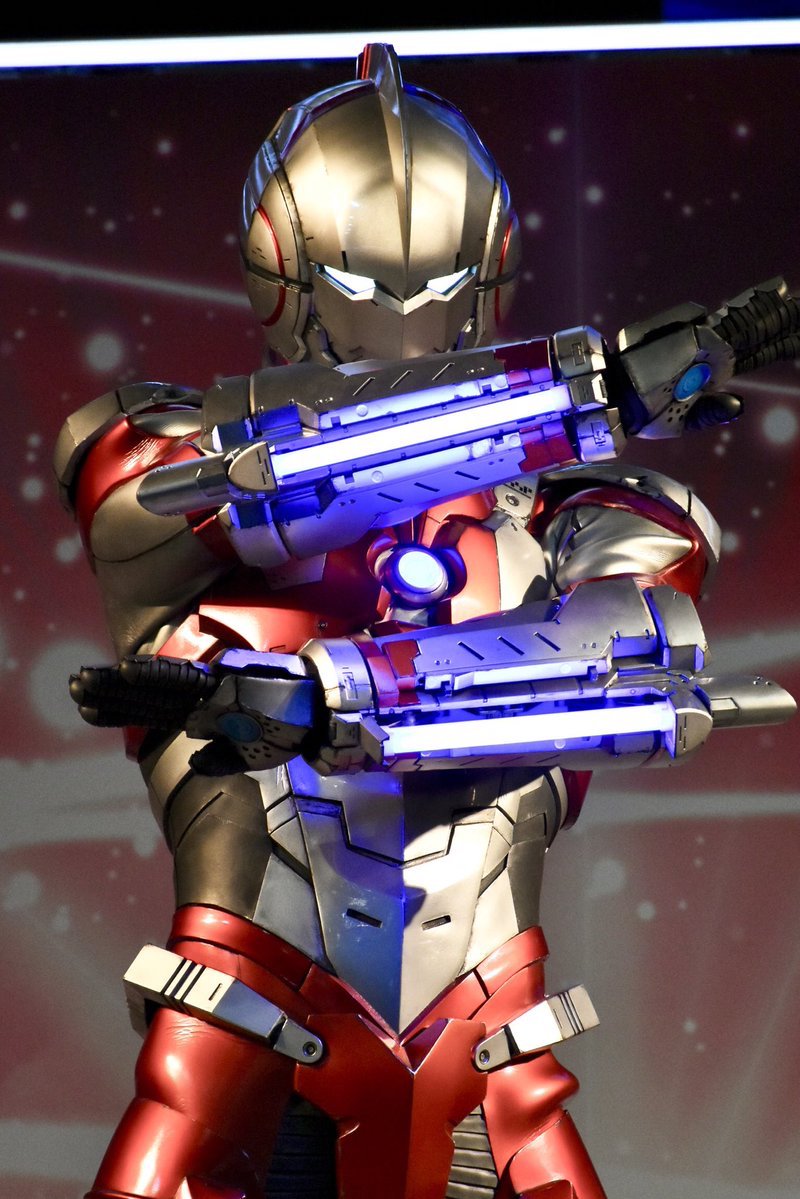 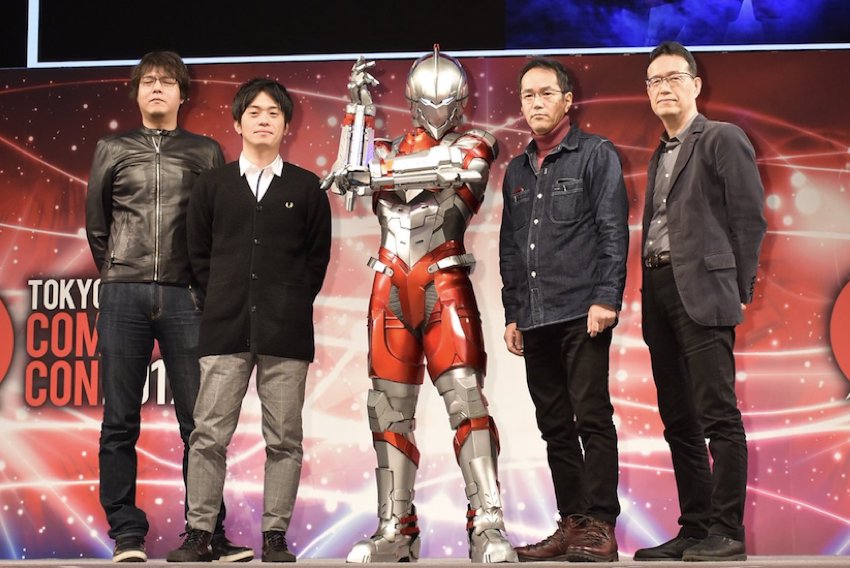 The animated film will be co-directed by Kenji Kamiyama (“Ghost in the Shell: Stand Alone Complex” & “ANCIEN AND THE MAGIC TABLET”), and Shinji Aramaki (“APPLESEED” & “Starship Troopers: Traitor of Mars”). Production will be by Production I.G × SOLA DIGITAL ARTS. To be released in 2019, now it is still early days indeed, but we have a PV to gawk at (above), and a dude wearing the Ultraman-suit on-stage (seen above / images via @tsuburayaprod).


You can find out more about the film on anime.heros-ultraman.com (which also links to a chance to view for FREE the 1st Episode of HEROES -in English!).

If you’ve not read the manga, and am wondering “How come Ultraman is regular human sized and not a giant like the classic Tokusatsu shows on TV?”, then get updated here;

"In “ULTRAMAN” (manga), Ultraman was drawn as a “Human-sized hero” who fights in a metallic Ultraman suit.
And Shinjiro Hayata, a high school student who inherited the gene of Ultraman from his father Shin Hayata, becomes Ultraman.
Having brought in the element of “the fate lies between father and son” and “the human-sized hero”, it changed the traditional images of Ultraman and gained popularity among young people." 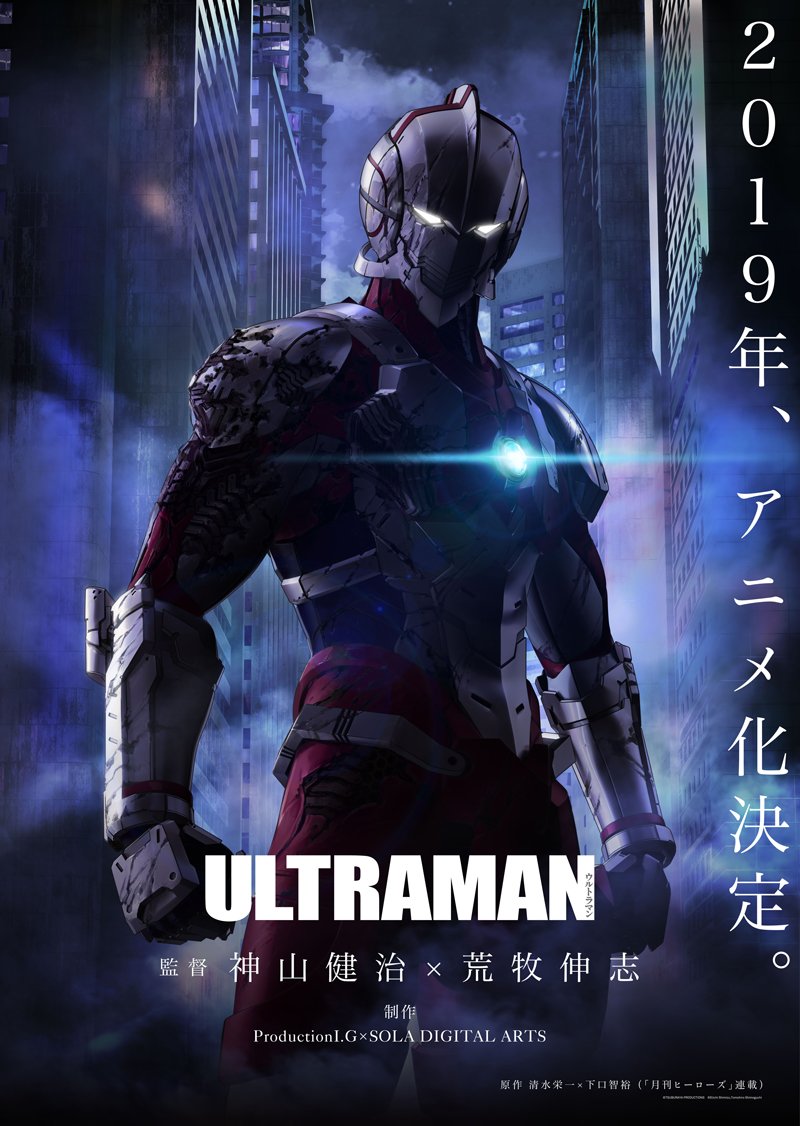