Nendoroids from Kekkai Sensen & Beyond from Good Smile Company FTW! 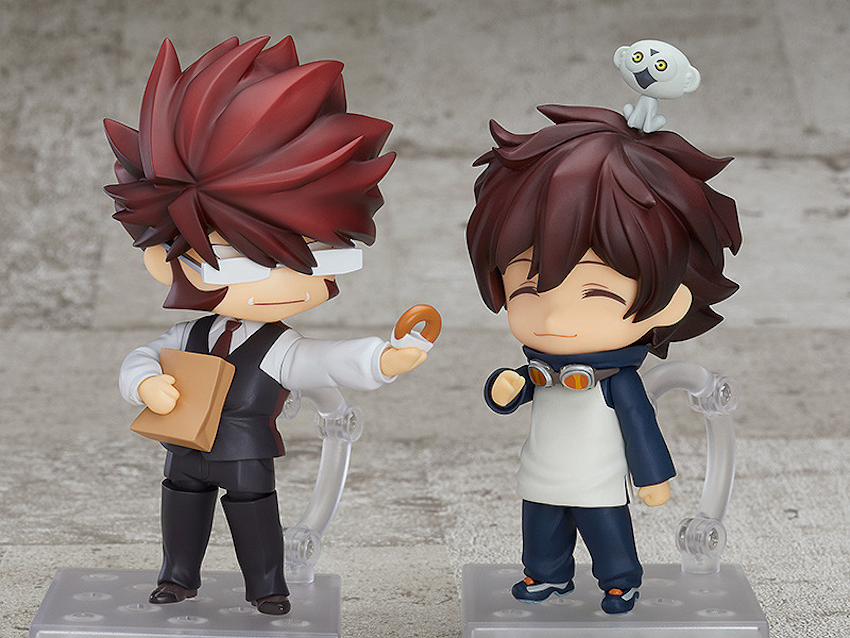 With all the toys to look out for in 2018, THIS particular pair is nigh on my toywishlist!

"Klaus V Reinherz" and "Leonardo Watch" from Kekkai Sensen & Beyond / Blood Blockade Battlefront & Beyond anime in Nendoroid forms from Good Smile Company! Having adored both season 1 and the current season of this anime, the Chibi/Super-Deformed Nendoroid-adaptation is pretty on-point with the characters, including Klaus' weapon of choice, and Leonardo's "All-Seeing Eyes of the Gods" - plus details like his camera accessory, and Sonic! 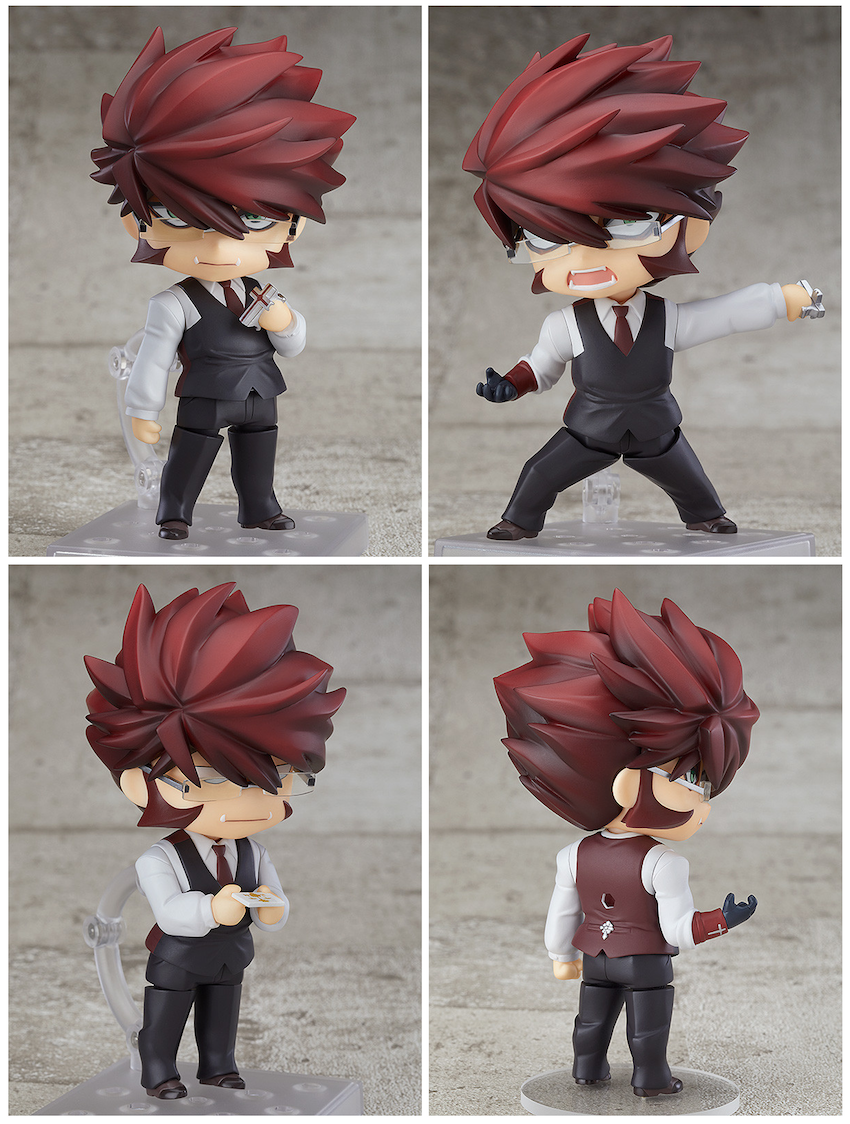 "From the anime series Blood Blockade Battlefront & Beyond comes a Nendoroid of the leader of Libra and user of the Brain Grid Blood Battle Technique, Klaus V Reinherz! He comes with three face plates including a standard masculine expression, an intimidating combat expression as well as a calm expression for more gentle poses.
He comes with a knuckle guard and hand parts wearing gloves allowing you to easily pose him in combat scenes. Other optional parts include his business card, a donut and a brown paper bag. He also comes with a clear plate with text based on his character introduction which can be placed in front of him to capture the atmosphere from the series! Be sure to display him with the previously released Nendoroid Leonardo Watch and recreate your favorite scenes from the series!" (goodsmile.info) 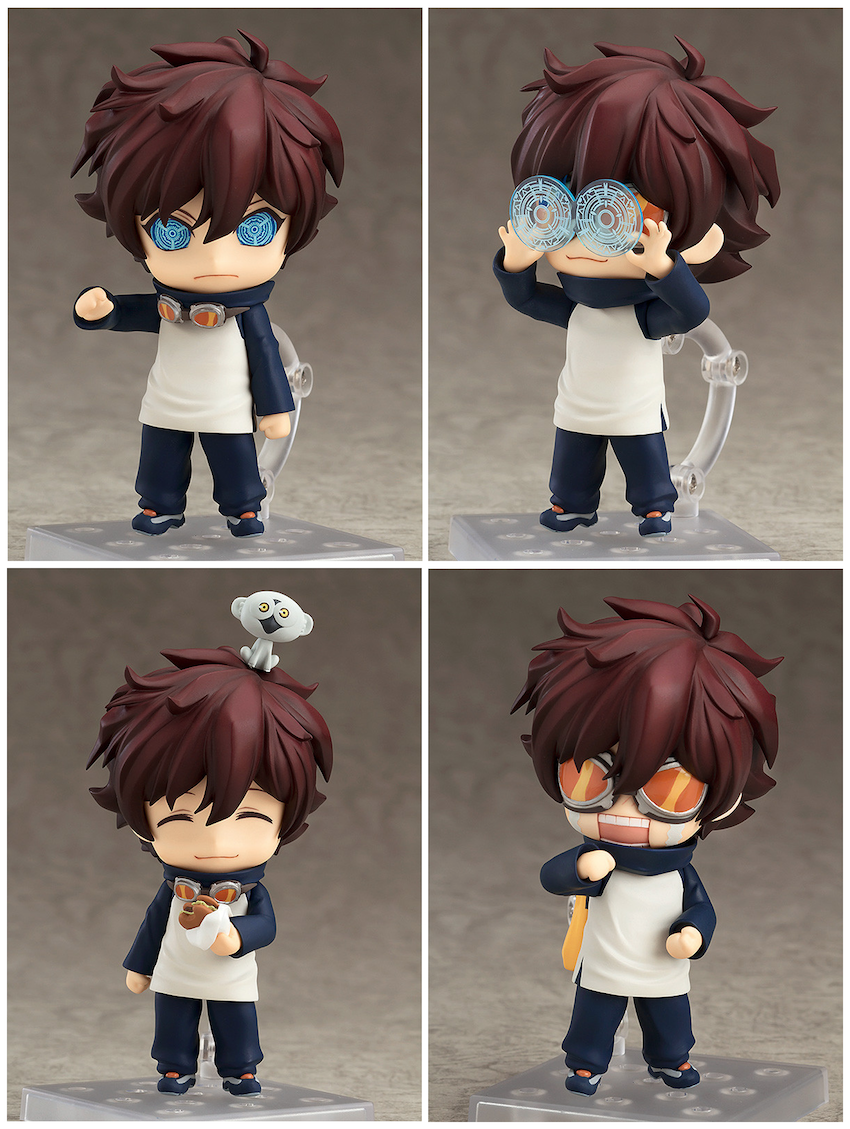 "From the anime series Blood Blockade Battlefront & Beyond comes a rerelease of the main character with "All-Seeing Eyes of the Gods", Nendoroid Leonardo Watch! The Nendoroid also includes Sonic Speed Monkey to display by his side! Leonardo comes with three faces plates including a relaxed standard expression, an expression with his eyes open making use of his powers as well as a crying expression.
Optional parts include his goggles, backpack and camera as well as a hamburger and effect parts for his powers. He also comes with a clear plate with text based on his character introduction which can be placed in front of him to capture the atmosphere of the series! Be sure to display him with Nendoroid Klaus V Reinherz who will be up for preorder at the same time!" (goodsmile.info)

...now we just need a "Zapp Renfro Nendoroid", so he could pick on Leonardo and call him "Pubes" ... NOT that I encourage such a behaviour! But makes for good anime-fun :p 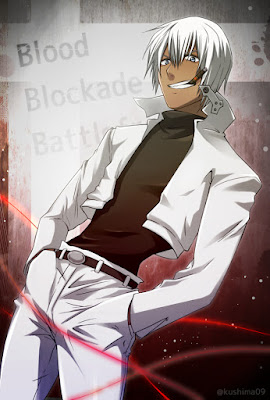 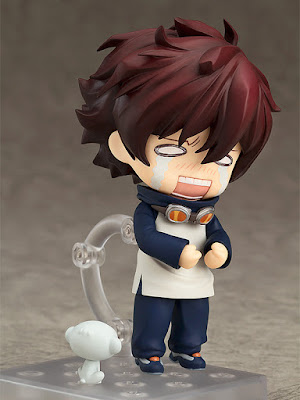