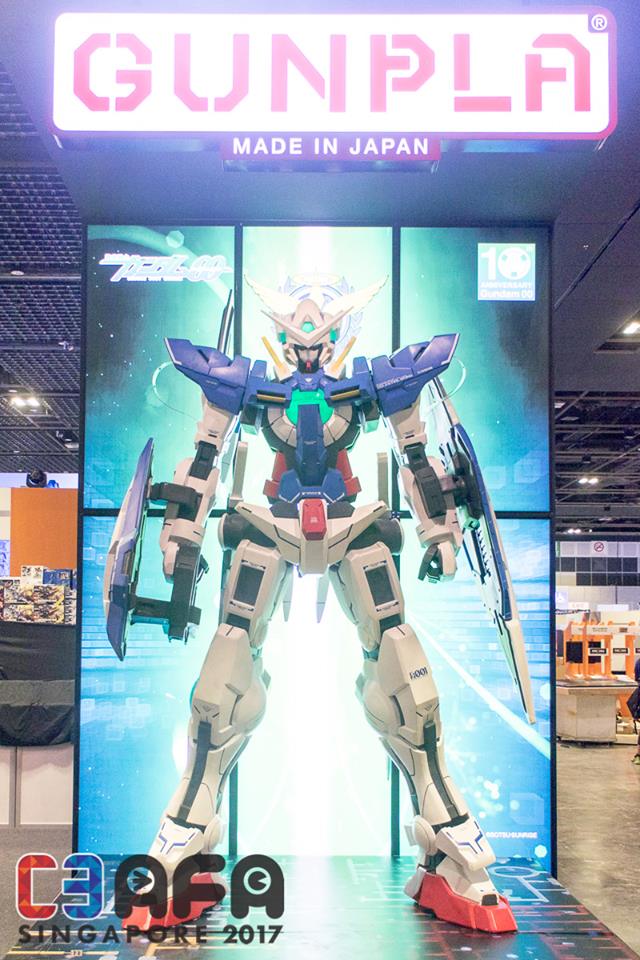 Here is a “first look” at the convention hall grounds of C3AFA 2017 (formerly known as “Anime Festival Asia”) at Suntec City Convention Center!

Opening its doors tomorrow November 24th (from 9:30a) thru to Sunday Nov 26, here are as well a few images to sort yourselves out - from Layout Plan, to Day Stage schedules and anime screenings! 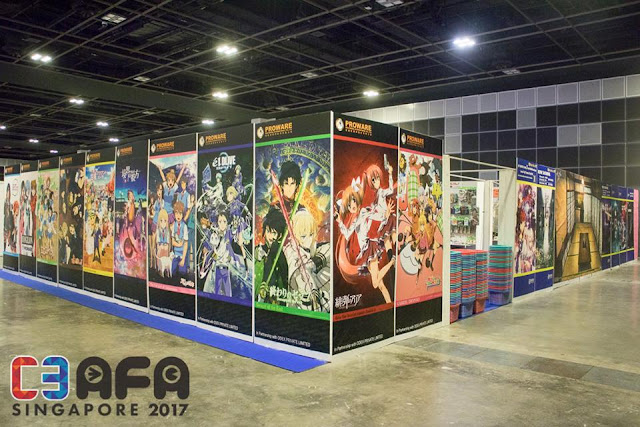 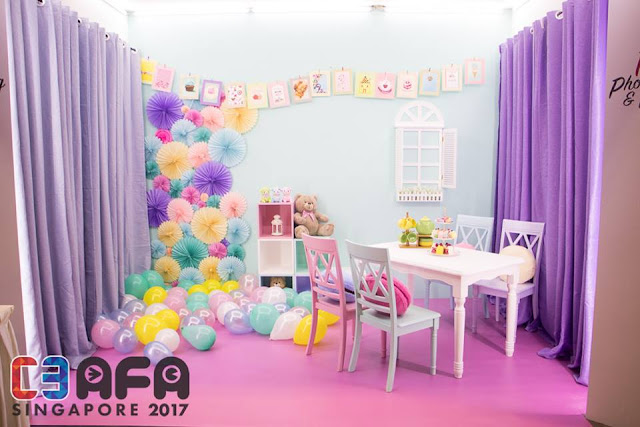 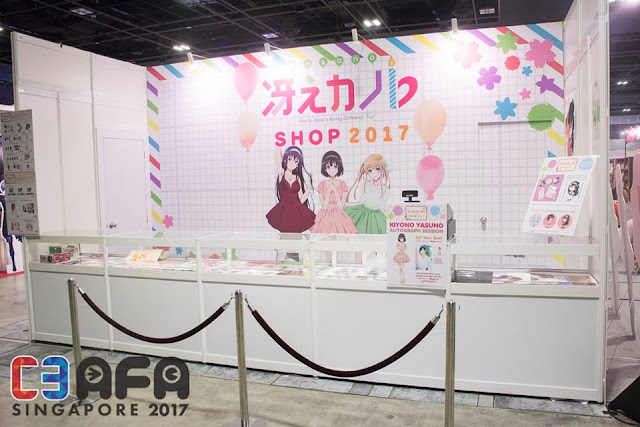 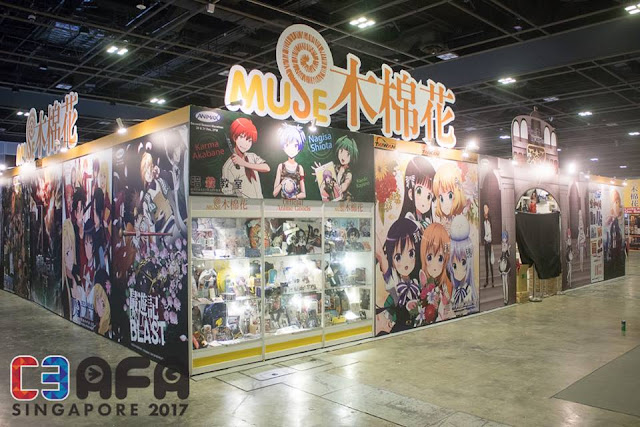 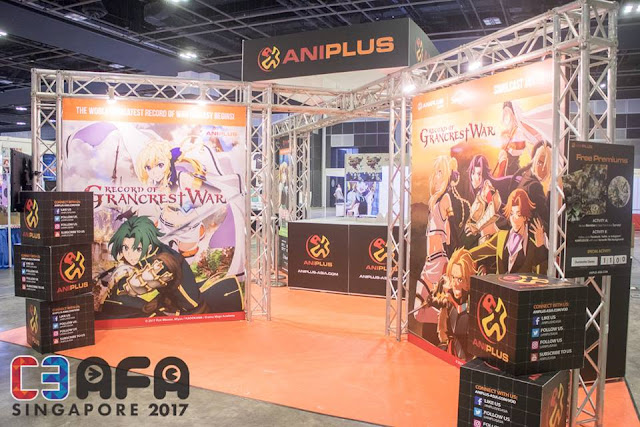 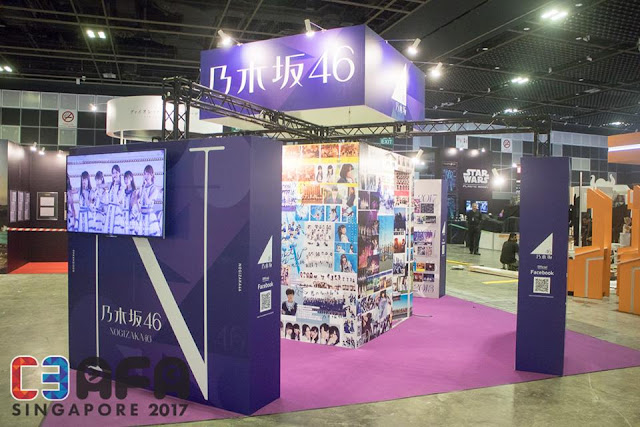 Admission is ticketed, and here are the levels to consider: 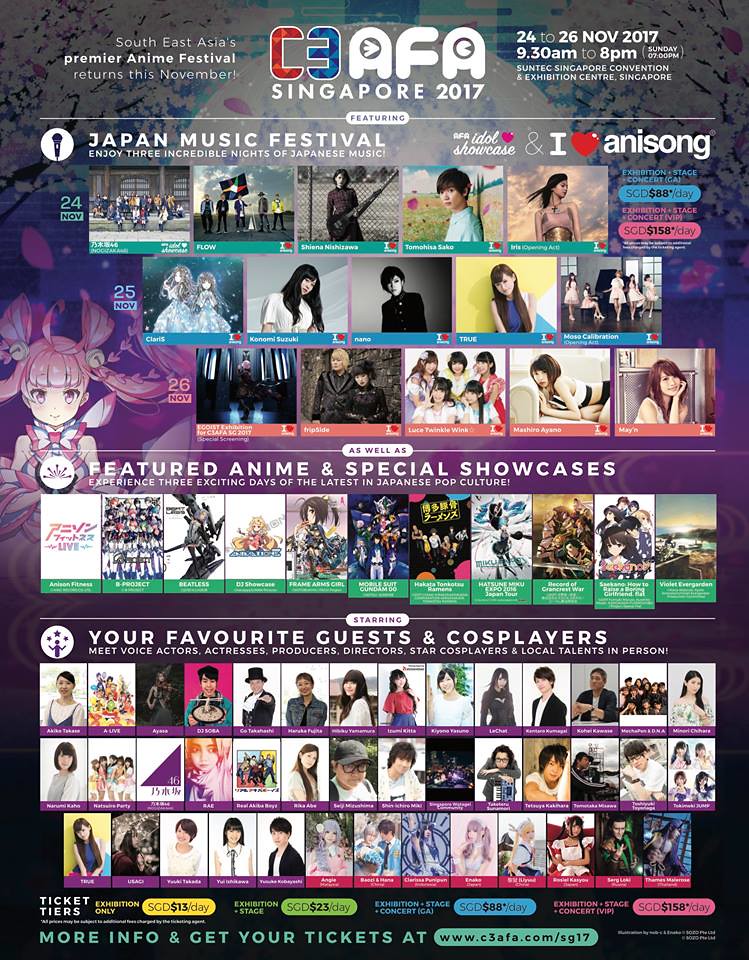 Music and J-pop lovers have snapped up all VIP tickets of the Japan Music Festival: I Love Anisong concerts and Idol Showcase for Friday and Saturday, while very limited tickets remain for Sunday.
Rub shoulders with Anisong artistes, special guests and star cosplayers. One of the highlights of C3AFA is the highly anticipated performances by Anisong artistes, as well as special appearances from industry guests and star cosplayers.” 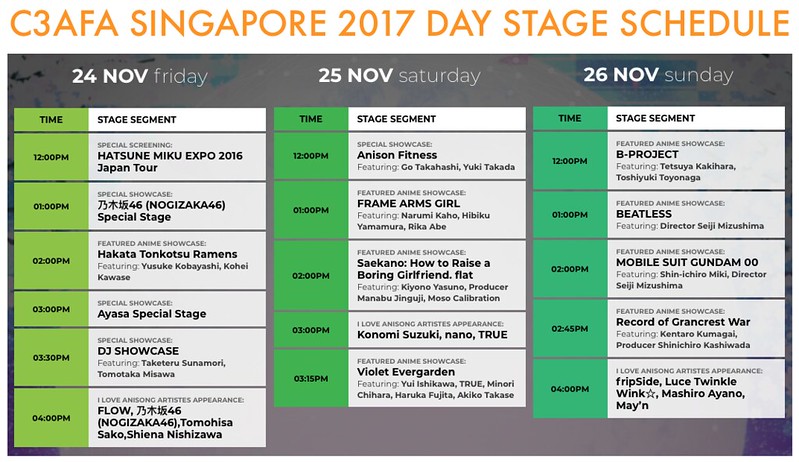 Festival goers can also keep their eyes peeled for celebrity cosplayers, Thames Malerose from Thailand, and Serg Loki from Russia who will be in Singapore for the first time. Other star cosplayers visitors can look forward to meeting with include, Angie (from Malaysia), Baozi & Hana (from China), Enako (from Japan), 黎狱 (Liyuu from China), Rosiel Kayou (from Japan), and Punipun (from Indonesia). Fans can look forward to catching them on the Day Stage, as well as the Super Akiba Stage. Details on the full list of special guests are available at https://animefestival.asia/singapore17/guests/. 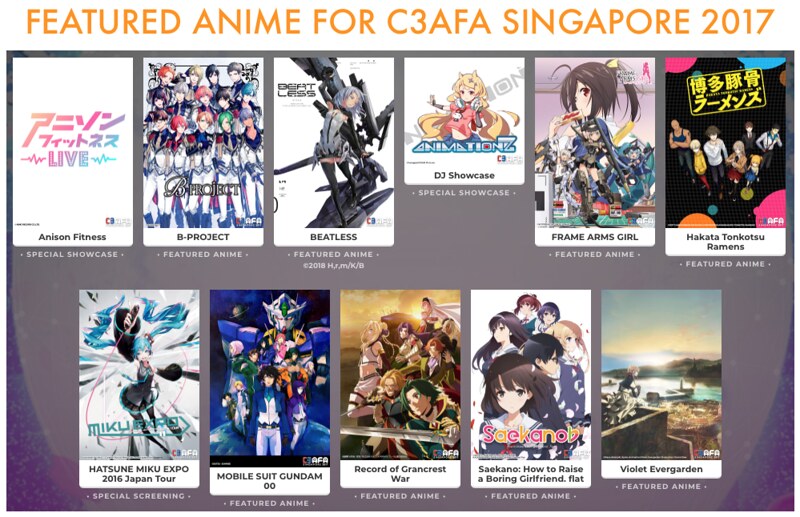 OFFICIAL PRESS RELEASE: ”Catch exclusive premieres and screenings first at C3AFASG17. Fans can look forward to exclusive experiential content, and be among the first to catch the latest at C3AFASG17, which is organized by SOZO and its partners: SOTSU, Dentsu, Zepp Live, Amuse, ASATSU-DK INC and Avex Asia. The highly anticipated BEATLESS will be presented overseas for the first time at the festival. New information will be released exclusively at the convention prior to the show’s airing in Japan in January next year.

Hakata Tonkotsu Ramens will be debuting a new trailer at C3AFASG17 ahead of Japan with special guest, Yusuke Kobayashi making an appearance at the convention.

Violet Evergarden, which was recently purchased globally by Netflix, will screen its first episode at the festival ahead of its Japanese broadcast in January 2018. This is the first time in Asia (outside of Japan) that fans can watch the first episode. Fans can expect a stunning guest line-up, from the show’s lead voice actress, to its screenwriter and character designer as well as the singers of the show’s theme songs. There will also be an exclusive booth that will showcase the various content of this anticipated anime title.

Another exclusive to C3AFASG17 will be the world premiere of Record of Grancrest War’s first episode. Lead voice actor, Kentaro Kumagai will be at the convention to meet fans of the anime. There will also be a booth at C3AFASG17 to promote the title.”

The Best of Japanese Popular Culture: From Tech Offerings to Treats
C3AFASG17 will offer a kaleidoscope of the best of Japanese pop culture, from food to technology, local talent and themed showcases. Fans and cosplayers can refuel at the Food Street, with delicious Japanese treats from Nissin and Monster Curry amongst other stalls (https://animefestival.asia/singapore17/akiba-town/#food).” 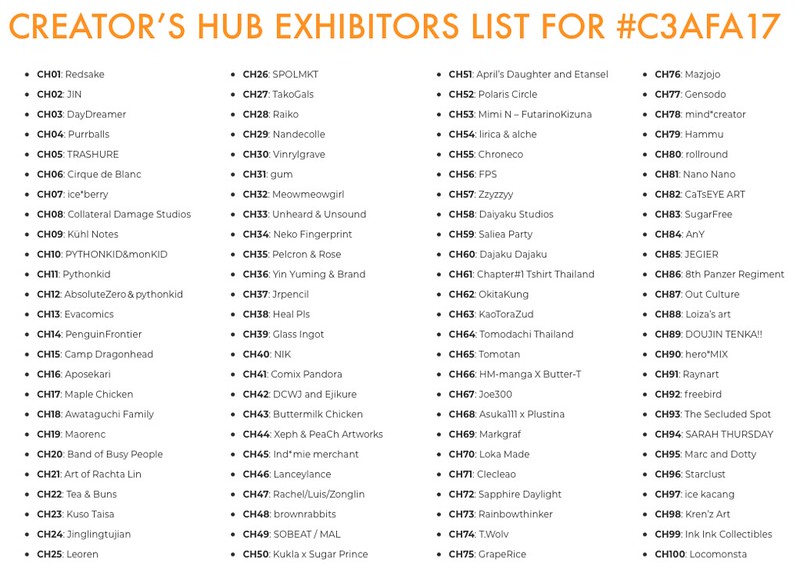 OFFICIAL PRESS RELEASE: ”This year, C3AFASG17 continues to provide a platform for local artistes and creators to showcase their talent. The festival will offer a line-up of performances from USAGI, RAE, Serene Teo, Mechapen, the Singapore Wotagei Community, and local idol groups, Tokimeki Jump, and Natsuiro Party. Apart from local performances, event goers can also check out the Creators Hub where aspiring anime hobbyists and interest groups will set up booths to share and sell their anime-related artwork and crafts.

Visitors can also look out for specialised booths for Black Butler: Book of the Atlantic and SACRA Music at the festival. These experiential booths, which are in Singapore for the first time, will bring a new level of experience for festival-goers. The Black Butler booth will feature a Victorian era style setting where fans can get together to celebrate the movie release and be immersed in the world of Black Butler. The SACRA Music booth will showcase a wide range of artistes under SACRA MUSIC. Fans get to preview artiste profiles and their songs through the high-tech displays available within the booth.”

I will be representing TOYSREVIL down at this weekend’s #C3AFA event (#onTOYSREVIL: http://bit.ly/2hFIiRP) at #SuntecCity (Convention Center, L3-4) and will be hunting for anime-related toys, besides covering the event for both #TOYSREVIL and my #iNotOtaku! hobby-blog (of course)! Say HI if you so please, and SMILE for the camera(phone) if you will? THANKS! #Seeya! #toysrevilc3afasg17 #C3AFASG17 Thanks again for your invite Elly & Wei Sin!

OFFICIAL PRESS RELEASE: ”This year, C3AFASG17 will also showcase brands who tap on technology to promote Japanese popular culture. The SONY Music Entertainment Japan booth will feature technology advances in Virtual Reality (VR) and Augmented Reality (AR) as well as Sony’s new IP character, Daifuku-kun. Visitors can also keep an eye out for Kunkun body, a body odour measuring solution by Konica Minolta, and Aniplex’s Saekano ♭ Shop will feature a life-sized Kato Megumi figurine from the hit anime series “How to Raise a Boring Girlfriend.” The figurine is extremely rare with only 20 pieces made, it would be sold at SGD$25,000 to one avid fan. The booth will also feature an AR component where fans can be immersed into the storyline of the anime.”

The best cosplayers in the festival will be scouted to show off their cosplay in the Cosplay Singles Showcase on 25 November Saturday. They can also register to join the World Cosplay Summit 2018 at the festival.

"Year on year, C3 AFASG goes all out to curate and bring the best J-pop content to the region. As interest in all aspects of Japanese popular culture continues to soar locally and in Singapore, we are set to bring a stellar line-up with something for everyone. We hope that visitors will find something new and to love at the festival, as we mark our 10th show," said C3 AFA Organiser Shawn Chin, and SOZO’s Founder and Managing Director.