Long running manga+anime “BLEACH” is to be a live-action feature film, starring Sōta Fukushi (TV’s “Kamen Rider” & “Blade of the Immortal” film) as main protagonist “Ichigo Kurosaki” - seen in full shadowed glory in the latest teaser! Directed by Shinsuke Sato (“Gantz”, “I Am a Hero, “Death Note: Light Up the New World”, and the upcoming “Inuyashiki” live-action), this Summer 2018 film is produced by Warner Bros, based on the manga series of the same name by Tite Kubo.

Information is scarce, but for a yummy poster, and of course some screen grabs off the video above! 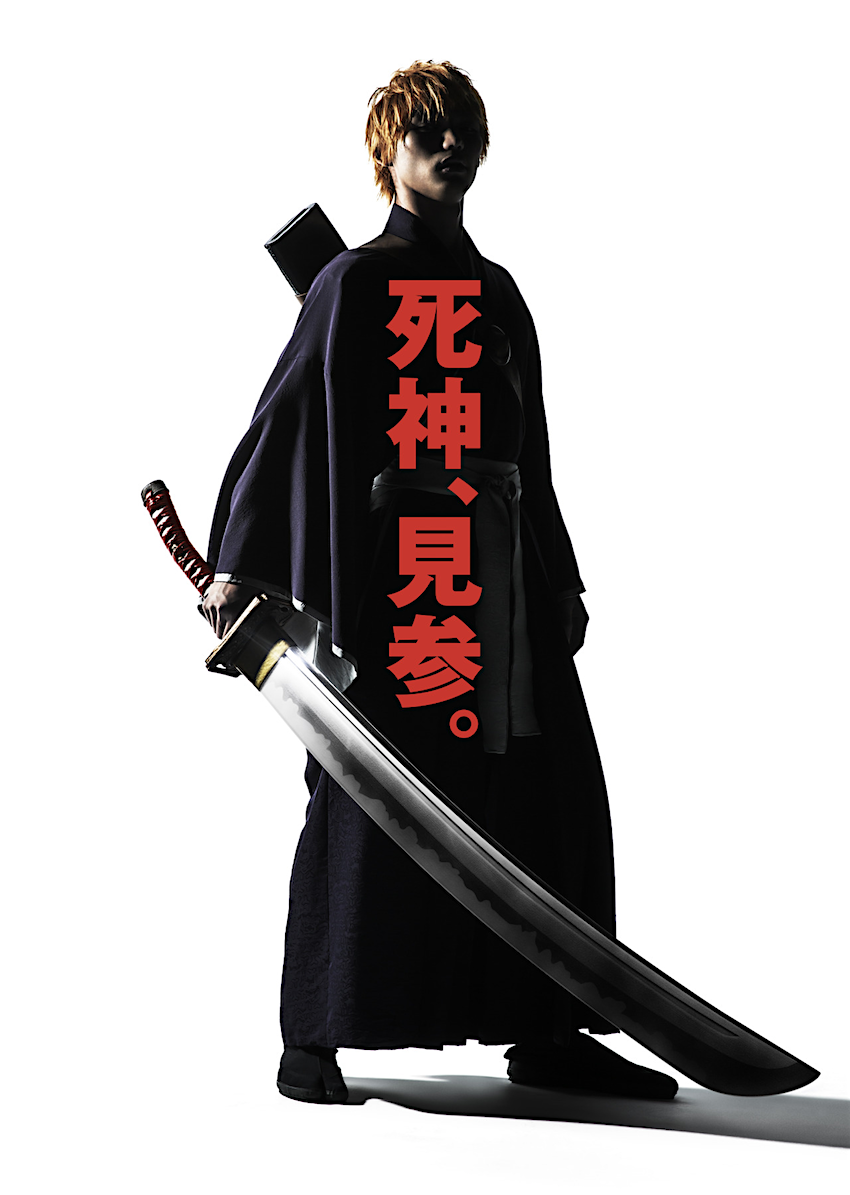 BLEACH (MANGA): "Ichigo Kurosaki is a teenager from Karakura Town who can see ghosts, a talent which lets him meet supernatural trespasser Rukia Kuchiki. Rukia is one of the Soul Reapers (死神 Shinigami), soldiers trusted with ushering the souls of the dead from the World of the Living to the Soul Society (尸魂界 (ソウル·ソサエティ), lit. "Dead Spirit World")—the afterlife realm from which she originates—and with fighting Hollows, monstrous lost souls who can harm both ghosts and humans.

When she is severely wounded defending Ichigo from a Hollow she is pursuing, Rukia transfers her Spirit Pressure (霊圧 Reiatsu) to Ichigo so that he may fight in her stead while she recovers her strength. Rukia is thereby trapped in an ordinary human body, and must advise Ichigo as he balances the demands of his substitute Soul Reaper duties and attending high school. For aid in hunting the Hollows, the pair ally with a trio of other spiritually empowered teenagers: Ichigo's high school classmate Orihime Inoue, best friend Yasutora "Chad" Sado and the Quincy—humans who can fight Hollows—Uryū Ishida." (Wiki)