Nearly 40-seconds’ worth of CASTLEVANIA in this new PV (with dialog in Japanese), of the upcoming anime scheduled for a July 7th release on Netflix! Check out this retro-looking poster image featured below (released sometime back) that brings to memory the old-school ad image of the video game LOL 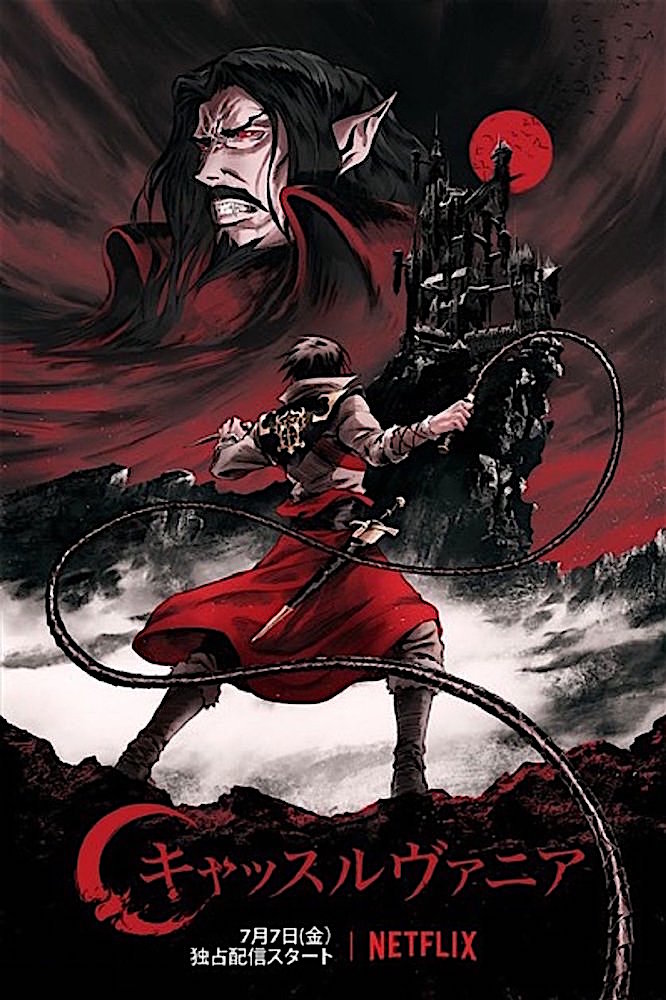 WHAT-IS: "Inspired by the classic video game series, Castlevania is a dark medieval fantasy following the last surviving member of the disgraced Belmont clan, trying to save Eastern Europe from extinction at the hand of Vlad Dracula Tepe himself."

“Castlevania” (キャッスルヴァニア? Kyassuruvania) - also known in Japanese as Akumajō Dracula (悪魔城ドラキュラ? Akumajō Dorakyura, "Devil's Castle Dracula") - is a series of dark fantasy-themed action-adventure video games created and developed by Konami, centered on the Belmont family, a clan of vampire hunters, and their fight with Dracula (Wiki).

Launched since 1986, the game itself evolves next into another media incarnation, now to be a animated series debuting on Netflix on July 7th, 2017! Shown just above is the first teaser, titled “Vengeance” - with the dialog in English.

"Two seasons of this show have been planned, with the first season to release on July 7, 2017 and the second season sometime in 2018. The first season is anticipated to be four parts long at 30 minutes each." (Wiki)