I’ve wanted to post this promotional video (PV) for 『血界戦線 & BEYOND』 AKA “Kekkai Sensen & BEYOND” (So, would the English version be “Blood Blockage Battlefront & Beyond”???) since it premiered online in December 2016 (*gasp*), but instead let my excitement for it to blind myself to my intent (true story, bro) - so HERE it is, along with a image swiped off their official website at kekkaisensen.com 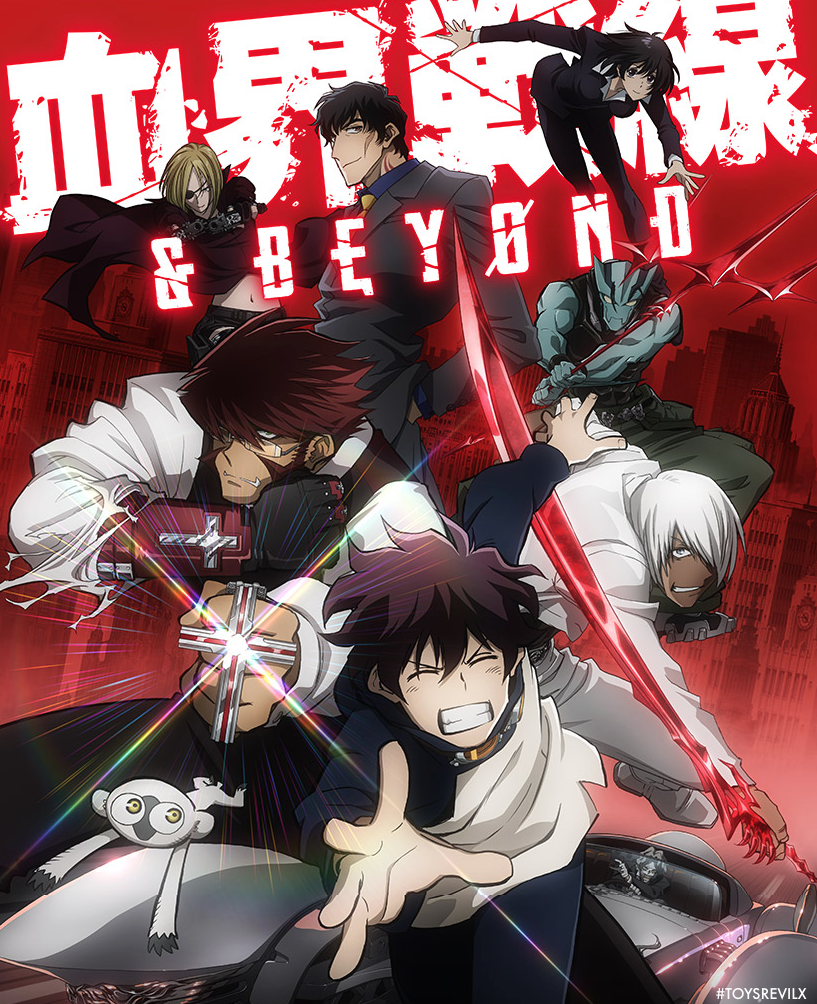 ”Blood Blockade Battlefront centers around the crime fighting organization "Libra" and their battles in Hellsalem's Lot, formerly known as New York City. Hellsalem's Lot was created when a portal to the "Beyond" opened, becoming a paranormal melting pot of monsters, magic and the everyday mundane life, and it is up to Libra to clear the streets of trouble and prevent the horrors of this city from spreading to the outside world." Wiki Produced by TOHO animation, I fawned over the first season, with it being one of my TOP 5 FAV ANIMES (I even sneaked references a couple of stills in my film making classes about “Art Direction”, fhanks), and as well the series having one of my utter BEST anime stories EVER in my Otaku-book, with Ep.6’s "Don't Forget to Don't Forget Me”, IMHO.

According to myanimelist.net, there will be 12 episodes this season (20mins per ep), with air date starting October 2017.

Ending this post with the ending theme to the first season, featuring UNISON SQUARE GARDEN with “Sugar Song and Bitter Step” (MV on #TunesTalk!).