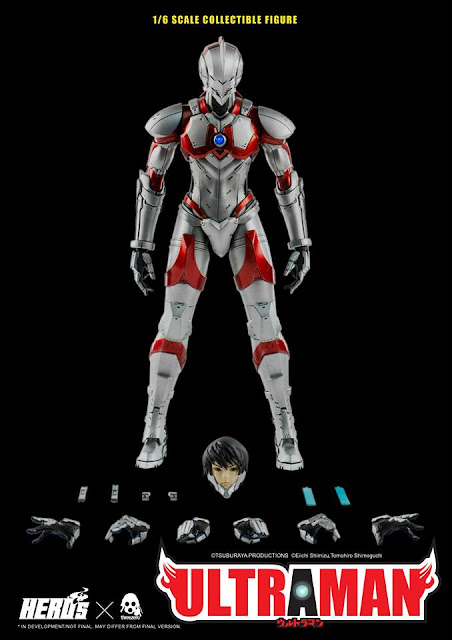 Threezero announces the 1/6 scale figure ULTRAMAN Suit based on the ULTRAMAN manga. The ULTRAMAN Suit figure stands at approximately 12.2” tall (~31cm), and features original body with over 40 points of articulation and light-up LED eyes, Color Timer on the chest, and Spacium Blade device on the arms. The figure includes and interchangeable Shinjiro head sculpted by guest sculptor Ryu Oyama.

Pre- order for ULTRAMAN will begin on Thursday, January 26th 09:00am HKT (previous day at 8:00pm EST) at Threezero’s online store. SRP for the figure is $260USD with worldwide shipping included in the price. Wholesale pre-orders can be placed on the same day (Email: wholesale@three-zero.com). 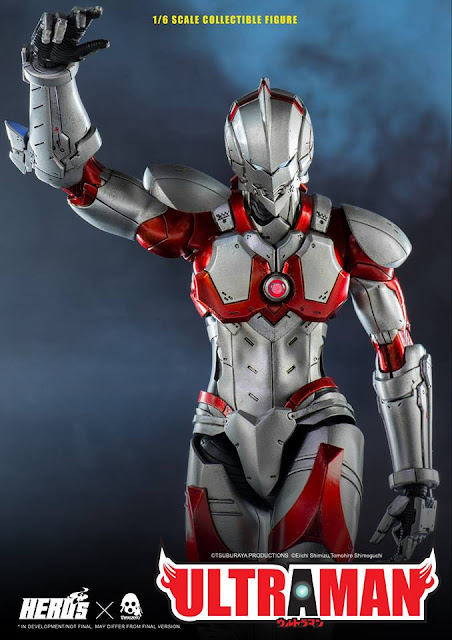 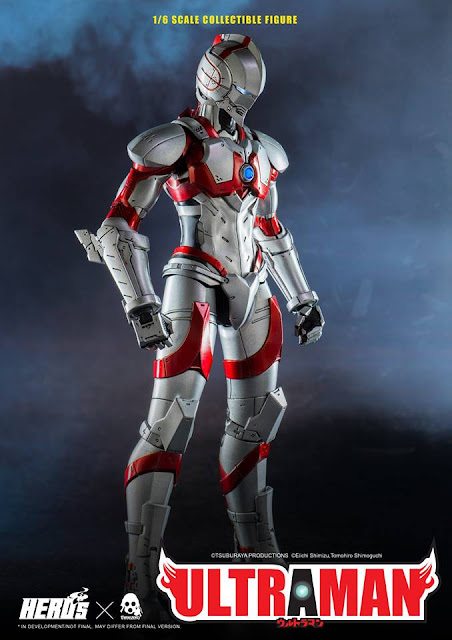 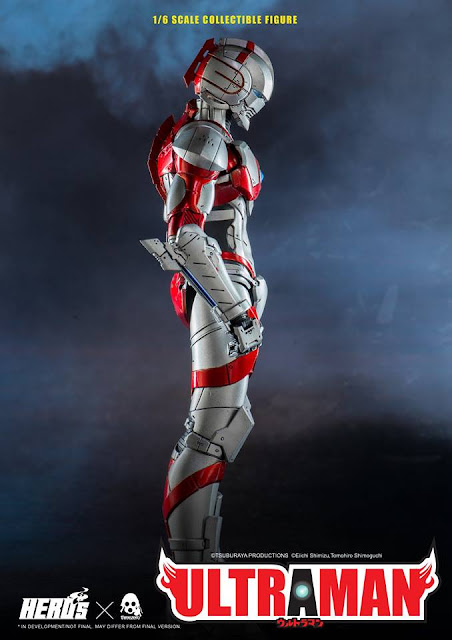 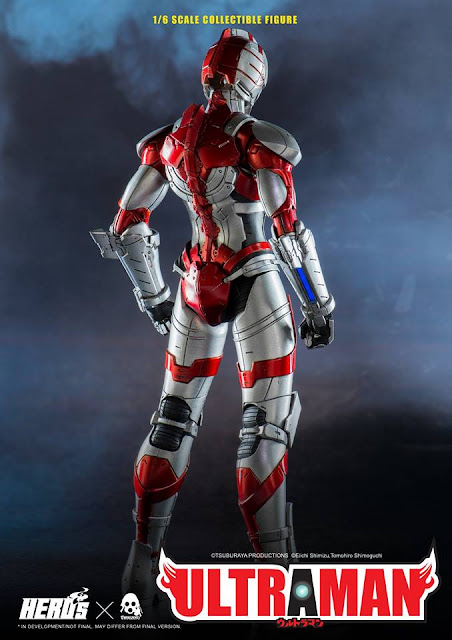 About ULTRAMAN Suit: Shinjiro Hayata has possessed the Ultraman Factor since birth, granting him the superhuman abilities once bestowed upon his father, original Ultraman, Shin Hayata. The Ultraman Suit was provided to Shinjiro by Mr. Ide, a former member of the Japan Branch of the SSSP (Science Special Search Party), and now chief of the Institute of Science and Technology so that he can battle the aliens invading Earth. 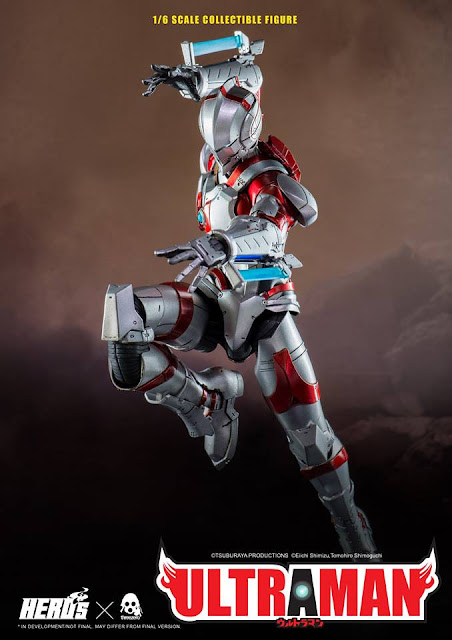 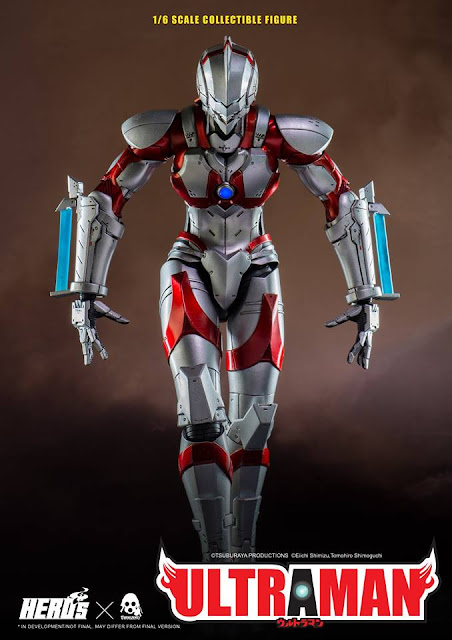 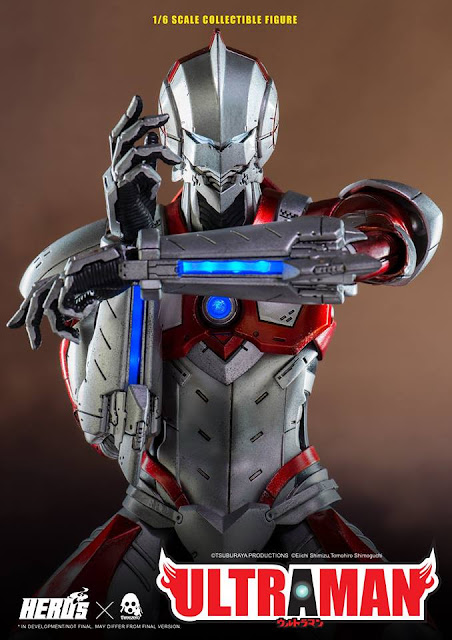 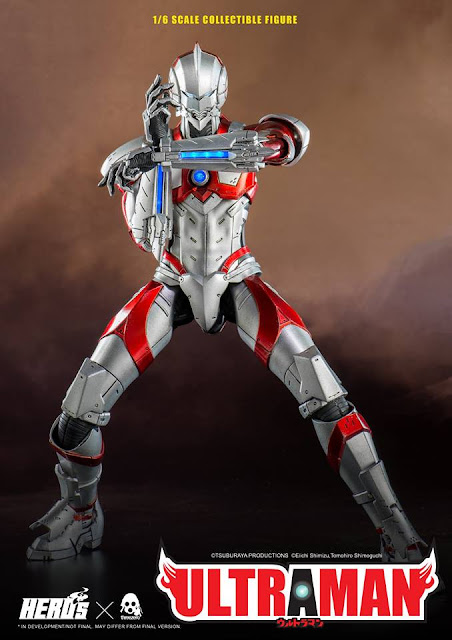 About ULTRAMAN: "ULTRAMAN" is an ongoing Japanese manga created by Eiichi Shimizu and Tomohiro Shimoguchi, published by HERO’S INC. in Monthy Hero’s magazine. The manga presents a story which continues from that of the 1966 Ultraman television series, collected in nine tankōbon volumes as of January 2017. The manga is adapted into English for North American readers by Viz Media. Forty years have passed since the events of "Ultraman", with the legendary “Giant of Light” is now a memory and believed to have returned home after fighting the many giant aliens that invaded Earth. Shin Hayata reveals his identity as Ultraman to his son, Shinjiro Hayata, and assists Mr. Ide in preparing Shinjiro so that he may use the Ultraman Factor abilities to battle the new alien threat as the new Ultraman. 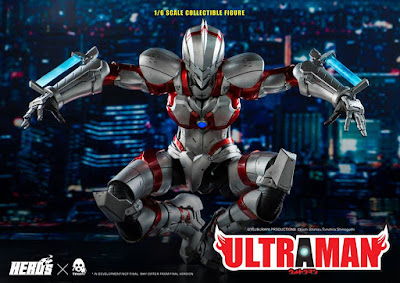 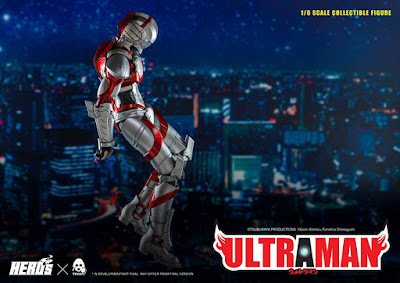 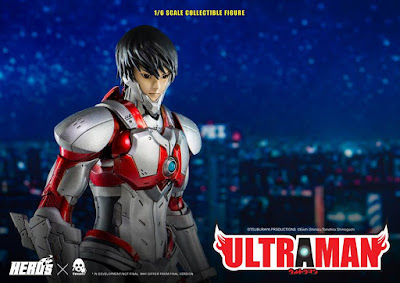 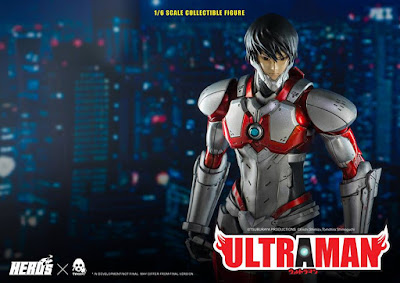 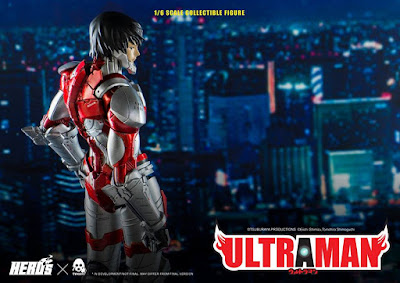 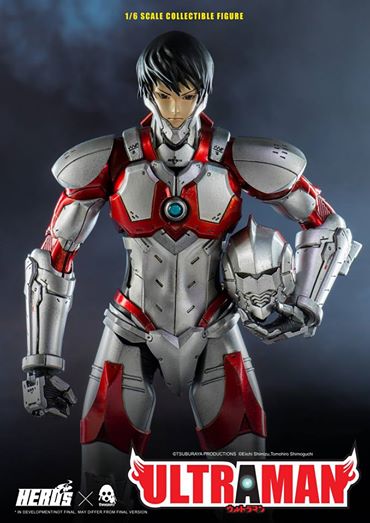