Mamoru Oshii, director of the animated "Ghost in the Shell" films, discusses director Rupert Sanders' vision for the upcoming live-action GHOST IN THE SHELL film from Paramount Pictures - starring Scarlett Johansson, and essentially backs this film up, and as well Scarlet’s casting in the role as “The Major”, no doubt to pacify the naysayers (about the “whitewashing” of the casting of Motoko, threatening to derail this film, unfortunately), and I am down with that.

I want to be able to enjoy this film for what it is, and even to diss it, but AFTER watching it. But of course, that’s just me… is it? 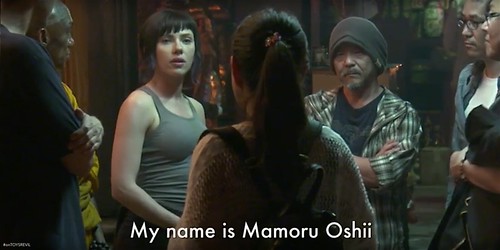 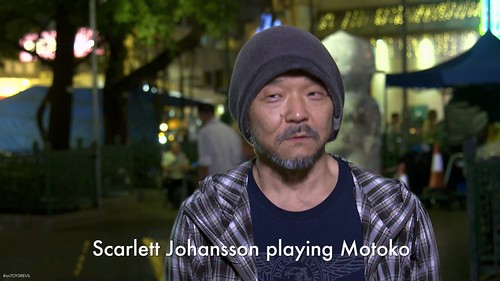 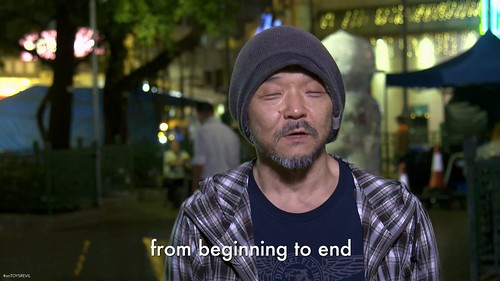 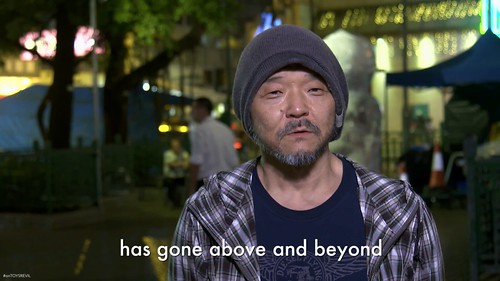 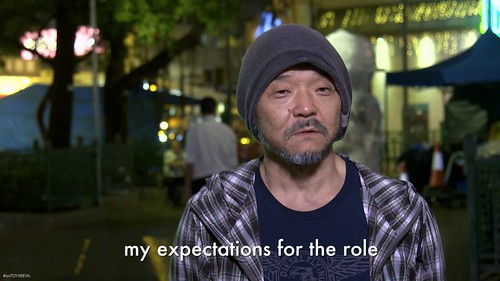 SYNOPSIS: "Based on the internationally-acclaimed sci-fi property, “GHOST IN THE SHELL” follows Major, a special ops, one-of-a-kind human-cyborg hybrid, who leads the elite task force Section 9. Devoted to stopping the most dangerous criminals and extremists, Section 9 is faced with an enemy whose singular goal is to wipe out Hanka Robotic’s advancements in cyber technology."

Above image: Seen on the set of the live action #GhostInTheShell film - featuring (above left-to-right): Rupert Sanders, Scarlett Johansson, Mamoru Oshii, Tricky, Kenji Kamiyama, and Kenji Kawai. Now THIS is a truly "power" pic! (Pic via @ProductionIGinc)
Ghost In the Shell video