“MECHA-UDE” is an original animation project created by animation creator Okamoto along with her small group of production team members.

"Our goal of this project is to welcome more experienced staff members to build a bigger production team so that we can create an even more better project and in order to do so, we need every one of your support!" 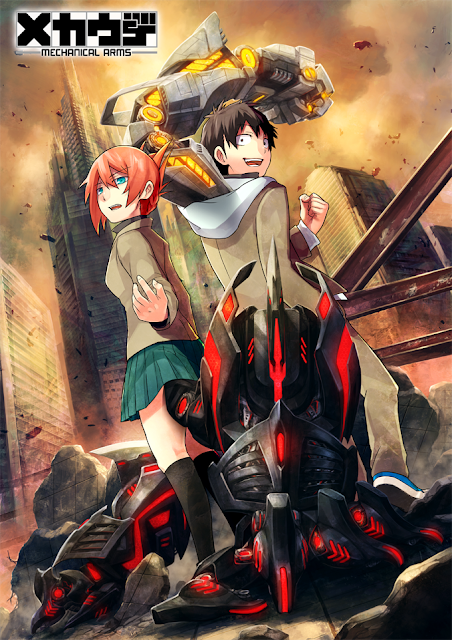 STORY: "Hero was a high schooler living an ordinary life.

One day, he meets a very strong and intelligent mechanical arm named “Mecha-ude”. After a strange turn of events, the “Mecha-ude” started living inside Hero’s hoodie and the two’s life full of trouble begins.

As the boy and his “Mecha-ude” fights together and strengthen their bonds, the two also meets new friends who also fights along with each of their own unique “Mecha-ude” partners.

Out of those, one of the heroine has two “Mecha-ude” which appears out of her skirt. An active girl with a totally opposite characteristics from hero himself, he gradually becomes attracted to her.

But the two are confronted with other “Mecha-ude” users who are in search of the secret of “Mecha-ude” relentlessly."