"In a distant dystopian future that is wild and out of control, join Killy on a quest to reclaim a dwindling civilization from the brink of oblivion."

Hit up the official Japanese website at www.blame.jp will bring you a whole lot more information! 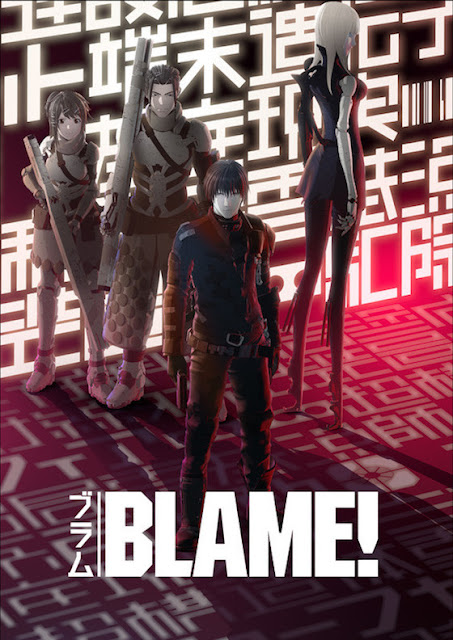 Humanity faces purges and extermination in a dark future, and a wanderer named Killy must carry out a solitary, dangerous mission through a mammoth multi-leveled "city" that continues to expand forever in the masterpiece SF manga BLAME! (from Kodansha's Afternoon magazine). The unique setting, unfathomable scale, and hard, heavy action garnered acclaim from directors and artists both in Japan and abroad, creating hopes that against all odds, a film adaptation might one day happen.

Now, twenty years after the original comic began, an animated feature-length film is about to be unleashed upon the entire world.

Directing the film will be Hiroyuki Seshita, who brought the world the complex, hard-SF battles of Knights of Sidonia and the speedy, thrilling suspense of Ajin: Demi-Human. Animation will be handled by Polygon Pictures, known worldwide for their award-winning work on shows like Star Wars: The Clone Wars and Transformers: Prime, as well as the epic Knights of Sidonia series. On top of that, original creator Tsutomu Nihei is providing full creative direction to the project, handling script and character design.

With the staff of the visionary Knights of Sidonia reunited and the executive supervision of story creator Tsutomu Nihei, BLAME! is ready to shock the world once again with an all-new story!" 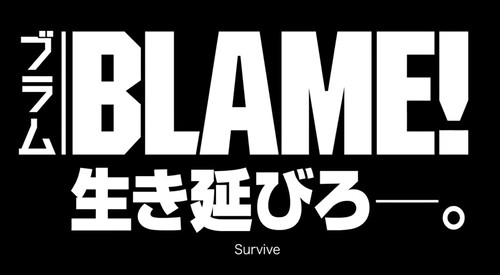 (MANGA) PLOT SUMMARY: "In the post-apocalyptic future, the complex networks of machines have created chaos and the human world was destroyed. The robots known as the "Constructer" continued to build a meaningless structure with no one to guide them. Soon these cities reach out to the outer planets and another breed of life form emerges. Follow the journey of a strange man, name Killy, in his search for the understanding of the chaotic world being run by Silicon lifeforms out to destroy him and every living thing in their path." (animenewsnetwork.com)