Force of Will The Movie 1st Pilot film [L.S]

Shown above is the teaser for the first film - featuring “world design” by Tatsuyuki Tanaka (whom has gotten me utterly delighted with this, having yet to review his “Cannabis Vol.2” illustration book on TOYSREVIL!), with music by Yutaka Yamada, produced by YAMATOWORKS, and directed by Shuhei Morita (“Tokto Ghoul”). Titled “L.S”, the concept is based on the Cthulhu mythos.

SYNOPSIS: "When letters written by a young girl, haunted by « Word » spread to all over the world, the evil tyrant who threatens the world makes its presence known..."

PRESS: "An omnibus movie project based on the Force of Will trading card game was announced on Monday at the Annecy International Animated Film Festival in France. The project titled Force of Will the Movie will be composed of six 15-minute shorts to be released in 2018. Force of Will the Movie, which involves creators from Taiwan and Thailand, is billed as the “first phase” of a larger animation project which will be revealed at a later date. The original fantasy trading card game was first launched in 2012 in Japan and is also distributed worldwide by official vendors in North America, Europe, and Asia." (fowtcg.com) 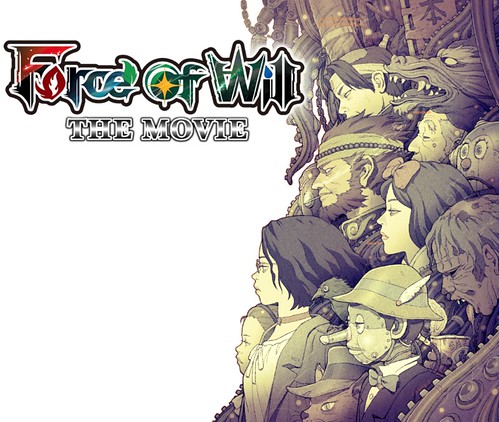 Force of Will The Movie video