"TOHO Animation opened a website on Tuesday to reveal that it is producing a new anime project titled Cyborg 009 Call of Justice, based on Shotaro Ishinomori's classic science-fiction hero manga Cyborg 009. The anime will consist of three parts, and all three will receive limited two-week theatrical runs in Japan starting on November 25, December 2, and December 9, respectively." (Reports
www.animenewsnetwork.com)

"When a crisis threatens the world,
they're always there." 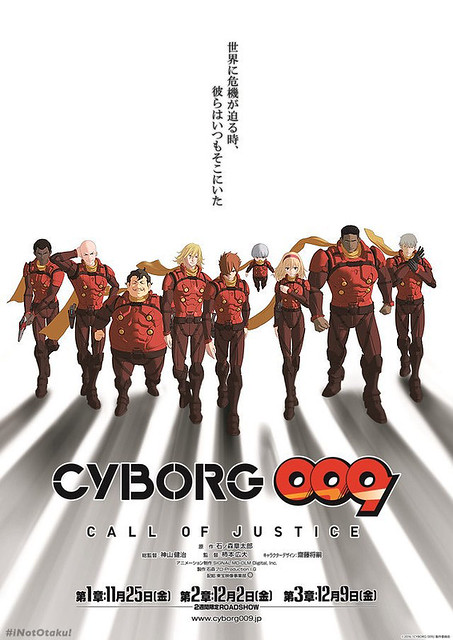 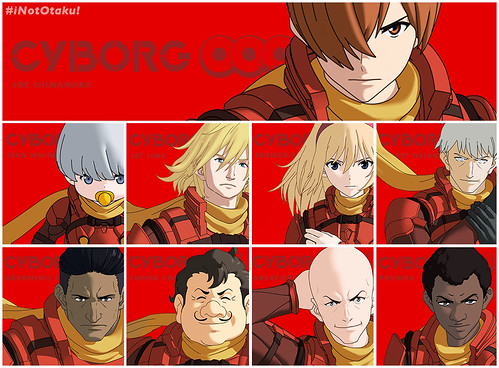 STORY: "The story will depict Joe Shimamura and the other cyborgs' struggle with the Bresudo, a group of people who possess superhuman powers and intellect, and have manipulated human history since ancient times. Their goals are unknown, and they cast a dark shadow over the world.

Though few people believe in the Bresudo's existence, one journalist named Lucy Davenport heads to Texas to contact a certain family, and she meets the cyborgs. The cyborgs themselves have been freed from their duty of protecting humanity ever since the establishment of the UN Guardian troops, and they now live quiet lives of peace. However, Lucy's visit and the return of the Bresudo draw Joe and the others once more unto the breach of a new battle." (Reports
www.animenewsnetwork.com)