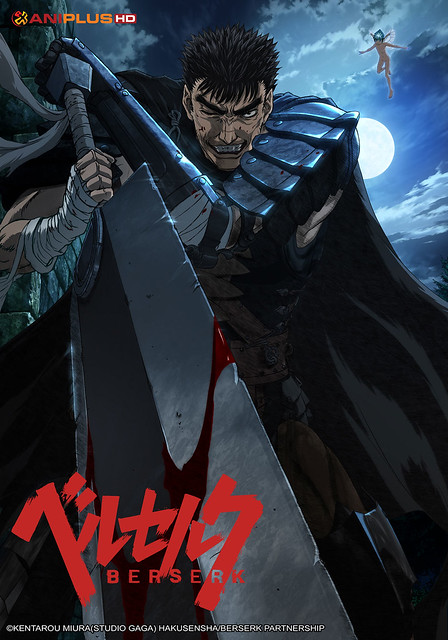 SYNOPSIS: "Guts, known as the Black Swordsman, seeks sanctuary from the demonic forces that pursue him and his woman, and also vengeance against the man who branded him as an unholy sacrifice. Aided only by his titanic strength, skill, and sword, Guts must struggle against his bleak destiny, all the while fighting with a rage that might strip him of his humanity."

Premiering July first on ANIPLUS, is the new series "BERSERK", and on air every Friday 10pm (SIN) / 9pm (JKT/BKK). "Berserk will air immediately after broadcast in Japan, i.e. right after pay-per-view television and eight days before free-to-air in major cities. No holdback."

I appreciate the visual style seen in the trailer, whereby cross/shadow hatching/hatchlines were utilized to present what looks to be a more "drawn" feel to the CGI animation, as compared to the first teaser trailer seen circa December 2015, and I am okay with that :) 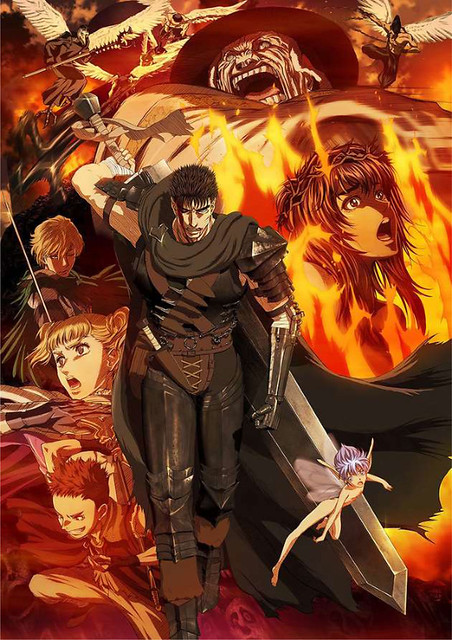 - An adaption of the dark fantasy manga by Kentaro Miura. Publication has been ongoing since 1989. As of January 2016, 40 million volumes have been sold worldwide.

- Previous adaptions include a 25-episode anime series in 1997 (prequel of how the main character Guts comes to be the legendary Black Swordsman), followed by a retelling of the story in the form of a film trilogy from 2012 to 2013. This new series covers the Black Swordsman arc.

- Both the manga and anime are noted for their graphic violence and mature theme. Because of its fantasy elements and theme of nihilism, many have drawn comparisons with Game of Thrones (note: Berserk started before Game of Thrones).

- Ranked #2 amongst men as the most anticipated series for summer 2016.