SYNOPSIS: "One day, after returning from work late in the evening, Hideo witnesses a traffic accident in which a car crashes into a nearby pedestrian, killing the victim instantly. However, despite severe injuries including a broken neck, the victim's body stands up and walks away. Hideo questions whether this is another one of his hallucinations, but strange events begin happening around him." (IMBd) 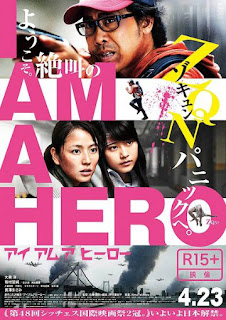 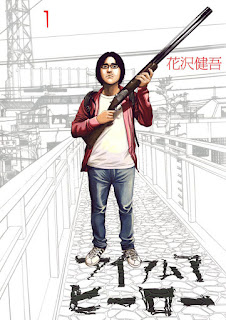 Adapted from the Japanese horror manga by Kengo Hanazawa of the same name ("I Am a Hero" / Japanese: アイアムアヒーロー? / Cover above-right), this live action film is directed by Shinsuke Sato and stars Yo Oizumi, Kasumi Arimura and Masami Nagasawa. Launched April 23rd, 2016 in Japan, it will premiere in Thailand on July 7th, 2016(hence the English subtitled version of the trailer shown below!).

Always love a good zombie-flick, and am interest to see a Japanese depiction of this genre, beyond besides the hyperbole of the West, IMHO.

Official website at www.iamahero-movie.com, additional stills featured below via IMDb, and additional information via Wikipedia 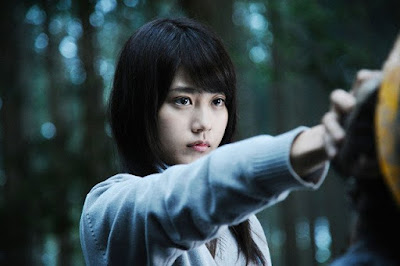 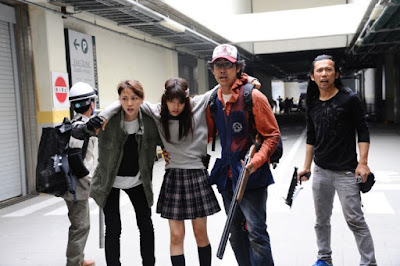 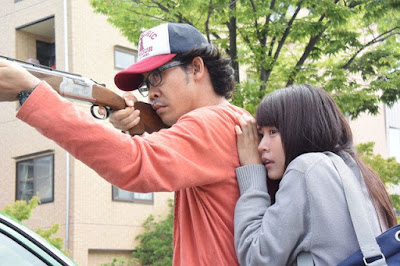 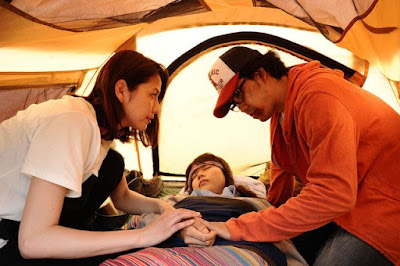 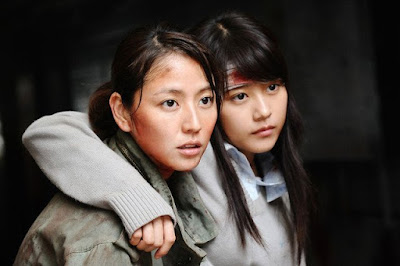 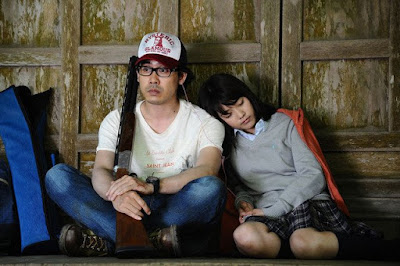 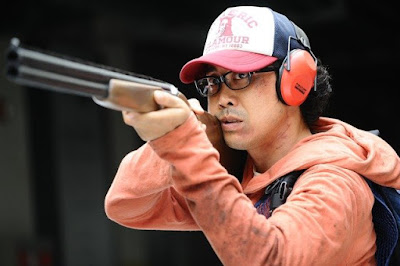 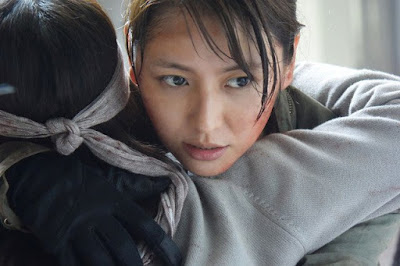 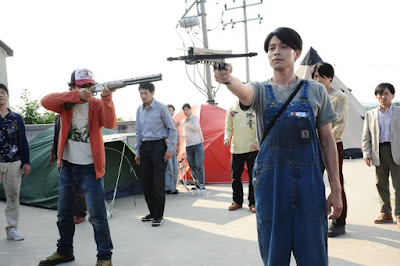