#DimensionW #Anime has ended it's first season with Ep12, and it wasn't as exhilarating and wrought with emotions as #IronBloodedOrphans was... I guess with expectations heightened, I failed to enjoy the anime for what it was, which was essentially a revelation of Kyoma's lost memories ... But not ALL has been revealed though, and I guess would take a second series to answer them. Regardless it had been an interesting ride, not a game changer per se, but def worthy of my time spent, at least for me. For anyone interested, this is a short 12-parter and relatively easy to follow, and I'd heartily recommend a look at something more cinematic than a "mere" anime :) #inototaku


WHAT-IS: "Dimension W (Japanese: ディメンションW?) is a Japanese manga series written by Yūji Iwahara and published in Square Enix's Monthly Big Gangan magazine (formerly in Young Gangan) since 2011. The series is licensed in North America by Yen Press. An anime television series started airing in January 2016." (Wiki / The anime has since ended it's run on 25th March 2016, with Episode #12) 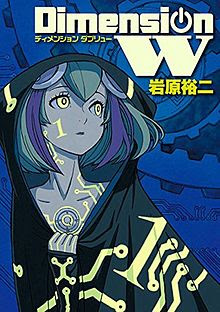 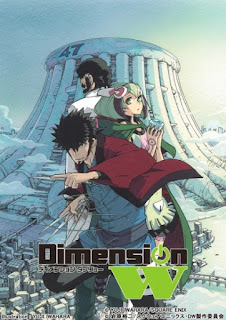 SYNOPSIS: "In the not-so-distant future, humans have done the impossible and found a seemingly infinite source of energy. By tapping into the newly discovered fourth plane, Dimension W, they are able to harness that energy using "coils."

By 2071, manufacture of coils have come to be monopolized by the New Tesla energy company, which led to the appearance of unofficial, non-Tesla coils manufactured by private companies. Collectors are hired to confiscate these illegal coils for a bounty.

Kyouma is one such Collector. He dislikes all coils to the degree where he doesn't even use them in his daily life. On one coil-collecting mission, he bumps into a robot girl powered entirely by coils, and they enter into a hesitant partnership in order to achieve their goals." (myanimelist.net)

Visually, the anime is exceptional in it's depiction and presentation of urban sci-fi, mixed in with "retro"-perfunctionary elements (which essentially are current day stuff, but "retro" in the future haha). The color palette is inspiring and tone generally befits the theme, until they land on Easter Island, IMHO. Both PV/trailers embedded here show what visuals you can expect from the series. 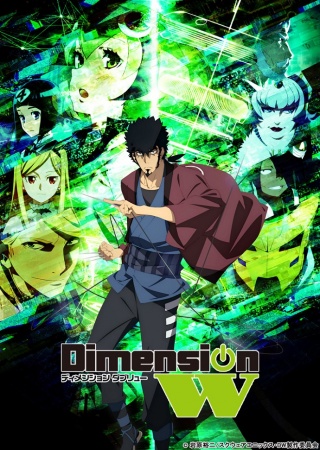 The opening two episodes held so much promise as a sci-fi tale of the future reminiscent of (a none-too wet) "Bladerunner" and 90's first "Ghost In the Shell", with a alight whiff of "The Fifth Element", which soon gave way to a more straight-forward urban bounty-hunter situation, which again evolved into a whodunnit with regards to the COILS technology, and of course the charming "piece of junk"-Mira, mired in Kyoma's wrath from his chip-on-the-shoulder-past, which was as intriguing as his ninja-like skills, happi coat-wearing, V8-driving and freeform dancing in the opening credits LOL

And while I am unsure if that "berserker mode-moment in Ep11 was a stylistic-metaphor or a real power-manifestation, the series ended with less than stellar revelations, but perhaps that was what set this short form anime apart from other anime out there, in terms of story-telling, much less "expectations" of the genre, I find myself pondering…

Regardless, my impressions and recommendations to view this anime remain exact as I had stated in my screensnaps' comments above.

CLICK HERE for ALL coverage of "Dimension W" here on #iNotOtaku! :)


I'll end this post with two MV (Music Videos) for both the Opening Theme (above) "Genesis" by STEREO DIVE FOUNDATION, and the Ending Theme (below) featuring the track "Contrast" by Fo'xTails.