#watching One Punch Man versus reading it 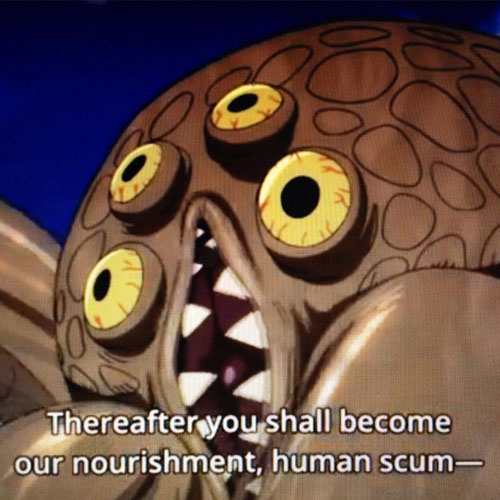 I am constantly getting comments that "the manga is better", "go read the manga instead", when referring to the anime ONE PUNCH MAN, and while I've seen a myriad of comicbook panel art to substantiate this claim, I'd still be more than happy to peruse the anime, as well they might be of a similar story, they are of differing mediums of presentation, to be enjoyed differently.

No doubt folks are more keen to know how the story develops and are keen to find out what happens next, compared to the weekly wait for the anime, but that's the thing, I personally am not out to be that vested in the story - I am not saying there isn't any, but it is not as interesting to me as the spectacle of "moving visuals" provides!

Either way, there are just sequential moving images, aren;t they? :)
The simple guilt free pleasures of seeing "power" being manifested in Omega Levels in the anime, is such a thrill to my senses, which are screaming for instant gratification, a single punch to the face of geekdom, so delirious, I crave to be "hurt" so!

And by that, it does not mean I yearn for dominatrix-stye self-hurt, NO! But the excitement of the destruction levels seen in the anime, slashes across all other anime who attempt to "practicalize" powers to a realistic notion, no doubt for the general populace to "understand" … whereas in OPM, consistent viewers know enough to "enjoy it", and not to "understand" it, IMHO.

Also, the visual spectacle simply presents itself on-screen rather than needing to imagine and fill-in-the-gaps between the comicbook-panels in the manga hahaha ... I am "lazy" that way, so be it! MUAHAHAHAHAHAHAHAHAAAAAAAA :p

But I could understand the allure of "the story" though, as I realized my desire for say, "Attack On Titans" was more for the story itself, than the visual anime, which alas is more lacking in the manga version (heh) … but I reckon at the end of the day, it's "different strokes" for different folks, but all out to enjoy a life of pop culture otakudom as each person finds it :)

Catching up with #OnePunchMan #anime Ep7 this rainy Tuesday afternoon here in Singapore ... Only thin I'm missing are chips! But I have a persistent cough, so... #henglife