PLOT: "In this new action-comedy, everything about a young man named Saitama screams "AVERAGE," from his lifeless expression, to his bald head, to his unimpressive physique. However, this average-looking fellow doesn't have your average problem... He's actually a superhero that's looking for tough opponents! The problem is, every time he finds a promising candidate he beats the snot out of them in one punch. Can Saitama finally find an evil villain strong enough to challenge him? Follow Saitama through his hilarious romps as he searches for new bad guys to challenge!" (www.gogoanime.com) 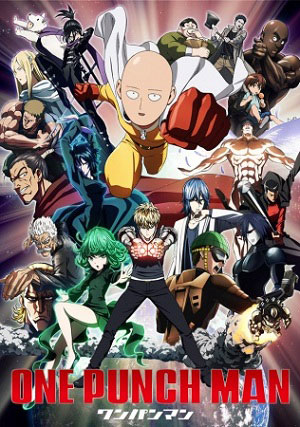 The kinetic energy reminds me much of Kill la Kill, including the animation "short hand" (I don't know the technical term to describe this, but it's like using less smoother and hence longer time to generate animation techniques, and using illustrative visual cues instead…?), with the action fast and furious, and full of "punch", puns be damned!

I am enjoying the effects of super-powers being used - a guilty pleasure seen in anime but never been able to be replicated in "live" action, alas.

Even with the orchestral music, the rhythm of Kill La Kill remains strong, methinks, which isn't necessarily a "bad thing" - at least to sate my anime-desires LOL


SPOILER: Scene from Episode One

#watching #OnePunchMan #anime Ep1 - Superheroes and super villains, with a heap full of black and nonsensical comedy, I have found a great follow! #inototaku

This anime speaks to me more interestingly than the current live action Heroes Reborn could do, with the notion of "humans with superpowers", that are not necessarily comicbook-related. but no doubt inspired by, but given a somewhat J-twist … my charmed memory of "Tiger & Bunny" still fresh in my mindscape, I reckon.

Featuring superheroes and super villains, monsters and mutants galore - each with differing aims and motivations, as cliched as they are, deliciously so too! Transfused with a heap dose of black and nonsensical comedy, I have found a great series to follow! There is also an underlying melancholy that endears this anime to me, and that is very appealing to my senses...


SPOILER: Scene from Episode One

ORIGINS: "One-Punch Man (Japanese: ワンパンマン Hepburn: Wanpanman?) is an ongoing Japanese webcomic created by an author using the pseudonym One, which began publication in 2009.[4] The series quickly went viral, surpassing 7.9 million hits in June 2012.[5] The name is a play on the long-running children's character Anpanman, as punch (パンチ panchi?) is not usually shortened to pan (パン?).

A digital manga remake of the series, illustrated by Yusuke Murata, began publication on Shueisha's Young Jump Web Comics website in 2012. Viz Media has licensed the remake for English serialization in its Weekly Shonen Jump digital magazine. In March 2015, it was announced that an anime adaptation had been green-lit and will air in October 2015." (Wiki)

ABOUT THE ANIME: "The anime adaptation is directed by Shingo Natsume and written by Tomohiro Suzuki, with animation by the animation studio Madhouse. Chikashi Kubota provides character designs for the series and is serving as the chief animation director. Makoto Miyazaki is composing the series' music. Art design is provided by Shigemi Ikeda and Yukiko Maruyama; Ken Hashimoto serves as the series' color key artist. Akane Fushihara is the director of photography and Kashiko Kimura serves as the series' editor. Shoji Hata is the sound editor for the anime.

The opening theme song is "The Hero!! Set Fire to the Furious Fist" (THE HERO!! ～怒れる拳に火をつけろ～ The Hero!! ~Ikareru Ken ni Honō o Tsukeru~?) by JAM Project, and the closing theme is "I'll Find It Before the Stars for You" (星より先に見つけてあげる Hoshi Yori Saki ni Mitsukete Ageru?) by Hiroko Moriguchi." (Wiki) 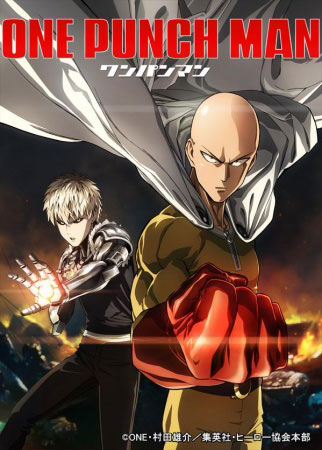