Here's the trailer for Little Witch Academia: The Enchanted Parade (In Japanese with no subs tho), in anticipation of it's cinematic premiere on October 9, 2015. (Previously teased). Featured below are some stills from the movie (via Facebook), and as well the story description.

I've had a chance to view the anime, and enjoyed it thoroughly (though not as much as the first outing, truth be told) and figured this would make for a splendid celluloid outing on the big screen! 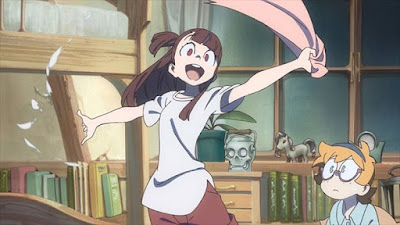 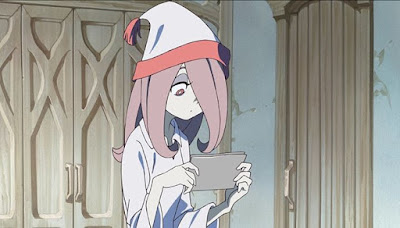 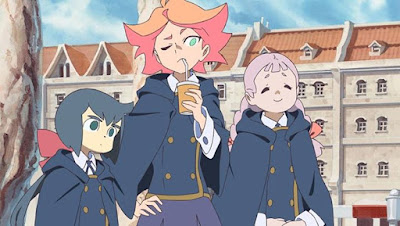 PLOT: "In Enchanted Parade, Akko, Lotte and Sucy, having gotten in trouble yet again, are forced to team up with three other troublemakers; Amanda O'Neill, Constance Braunschweig Albrechtsburger and Jasmineka Antonenko, and must make an annual witch parade a success or else face expulsion. Not content with how the festival revolves around the mockery and subjugation of witches, Akko becomes determined to make the festival a spectacle that'll show off how awesome modern witches are.

As Akko's ambitions for the parade grow, however, she ends up arguing with her friends when they don't feel the same way. However, Akko remains determined to prove Shiny Chariot's ideals of magic to everyone, using the Shiny Rod to borrow some magic from the Sorcerer's Stone for the parade. During the parade, some delinquent kids try to steal the rod, only to be caught by a giant that was sealed away long ago. Luckily, Akko is assisted by the other witches, including the return of Lotte and Sucy. Making up with each other, the three witches combine their power and put a stop to the giant, resulting in the parade becoming a great success." (Wiki) 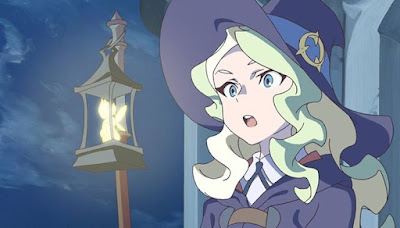 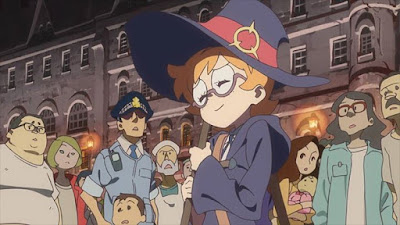 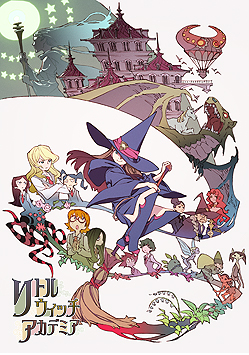