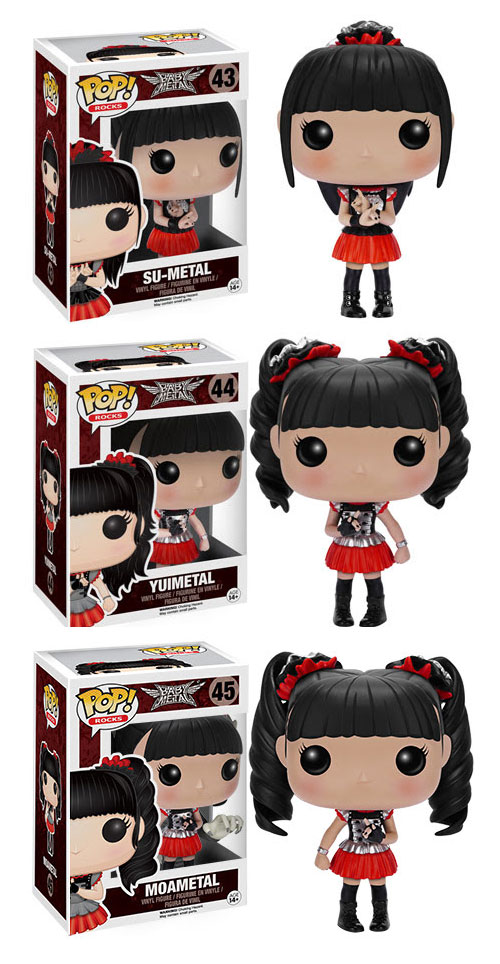 If there ever was an aesthetic suitable for toy adaptability, then the lolita-isque get up of "Baby Metal" would be perfect for this. Still not sure "what the heck is Baby Metal"? Young pre-tween kawaii girl trio singing to melodic heavy metal. Wholly "manufactured", quite entertaining, IMHO. Her are some music videos to get you sorted:

WHO-ARE:
"Babymetal (stylized as BABYMETAL) is a Japanese metal idol band. Their line-up consists of Suzuka Nakamoto as "Su-metal", Yui Mizuno as "Yuimetal", and Moa Kikuchi as "Moametal". The concept of the group is a fusion of the metal and idol genres. The three teenage girls and their band are managed by the Amuse talent agency. They released their debut album of the same name in February 2014." (Wiki)