The Empire of Corpses from #ProjectItoh

THE EMPIRE OF CORPSESPosted by Supercell Illustrators on Thursday, August 13, 2015

WHAT-IS: "The story of The Empire of Corpses takes place in 19th century Europe, and revolves around John Watson. He is scouted by the government to become a secret agent- However, Watson lives in a world where "Frankensteins"- human corpses that are re-purposed with a false soul in order to use them as laborers- are used to improve industrial development." (animenewsnetwork.com) 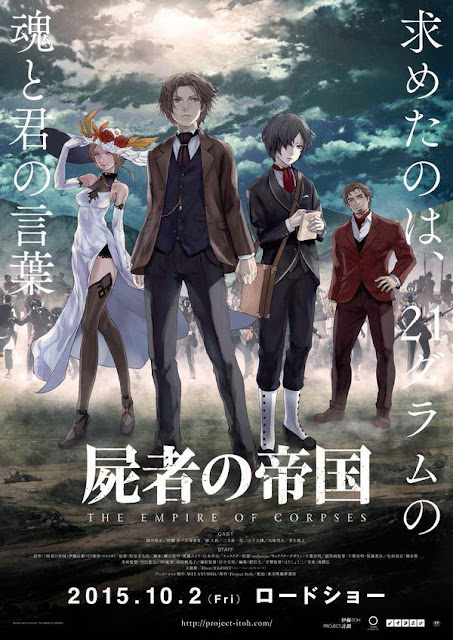 THE EMPIRE OF CORPSES (project-itoh.com)
Illustration by redjuice
As enamored with the psudo-steampunk elements seen in the video up top, as well I recognize the visual style of redjuice ("Guilty Crown"), and how can anyone forgo the "charm" of a Victorian-dressed up lady with a machine gun? LOL

Noitamina, a Fuji Television programming block devoted to anime, announced that they will be adapting three of Itoh's novels into animated feature films. All three films will be handled by different studios and directors. Genocidal Organ will be directed by Shuko Murase at Manglobe, Harmony will be co-directed by Takashi Nakamura and Michael Arias at Studio 4°C and The Empire of Corpses will be directed by Ryotaro Makihara at Wit Studio. All three films will also feature designs by illustrator redjuice and be released in 2015." (Wiki) 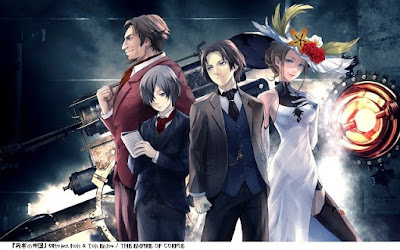 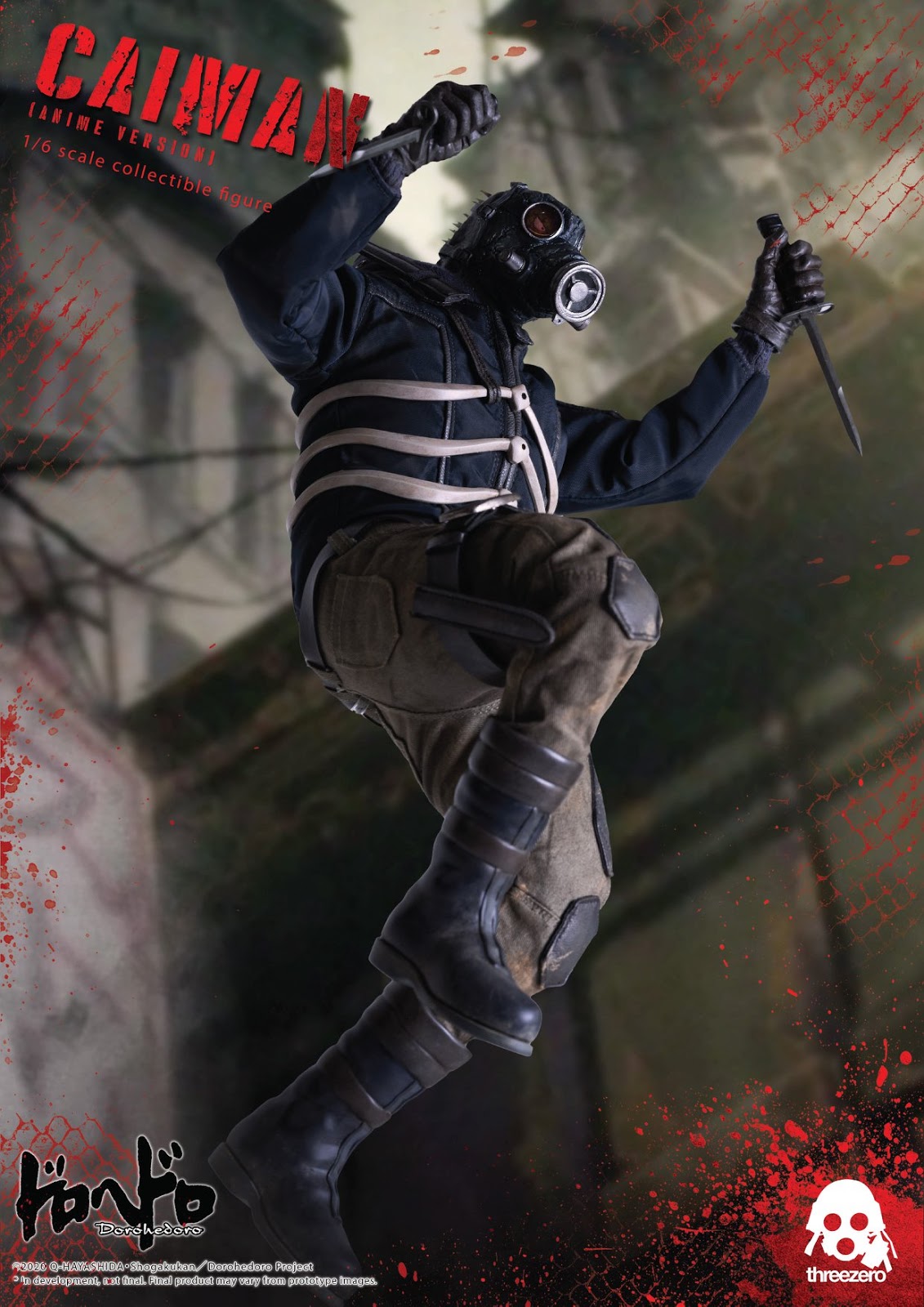 And NO, Hong Kong's three zero has not "forgotten" about Dorohedoro's main protagonist, with "CAIMAN" teased today, to follow their SHIN (Anime Version) in 1/6th-scaled format! Based on the latest anime, this is NOT the first time the toy-brand has released, with the manga version released in 2015, with additional fun accessories in the DELUXE version too (Seen below)! 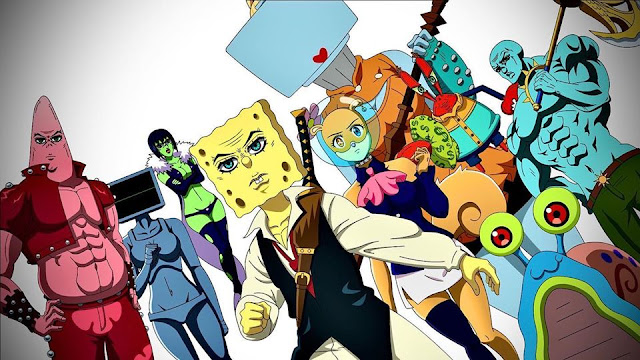 Witness this fan-made Opening sequence for "The SpongeBob SquarePants Anime" by Looer (INSTAGRAM / FACEBOOK) - featuring original animation, with a track by Jkai with this being a parody of "Nanatsu No Taizai" (Season 3 opening: "Rob The Frontier") ~ ENJOY!


And in case you missed it the first time around (like I did!), here is his "SpongeBob SquarePants Anime Ending" (2 versions shown), uploaded March 2019! Check out more via his youtube channel. 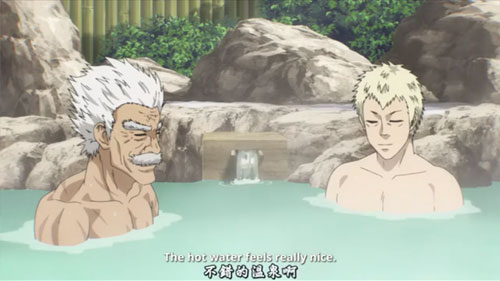 #OnePunchMan Specials #6 - "The Murder Case that is Too Impossible"

The Heroes of the Hero Association goes to an "onsen" retreat unwind after the battle with the alien invaders, with a mystery afoot when one of the heroes get stabbed, in ONE PUNCH MAN SPECIALS 06 "The Murder Case that is Too Impossible" ("Fukanō-sugiru Satsujin Jiken" / 不可能すぎる殺人事件).