Theme Song "Live to Die Another Day (Proof of Existence)” by MIYAVI for the upcoming live-action BLADE OF THE IMMORTAL feature film (previously blogged), directed by Takashi Miike, and scheduled for a 29th April 2017 release in Japan.

Scroll thru for a couple more PVs for the film - In Japanese language with no English subtitles tho - BUT you’ll get to see more visuals and characters introduced since the last promo teaser. 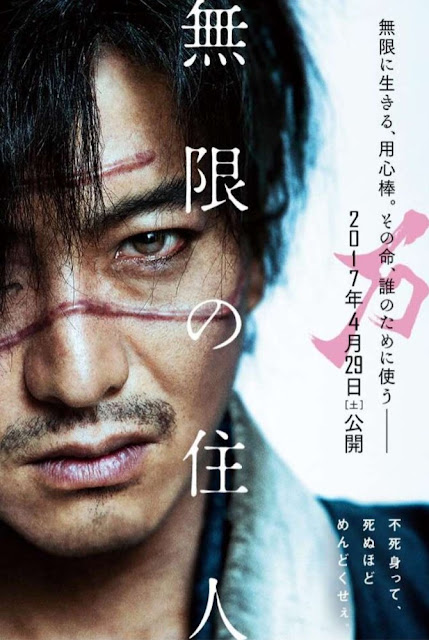 Blade of the Immortal MV video