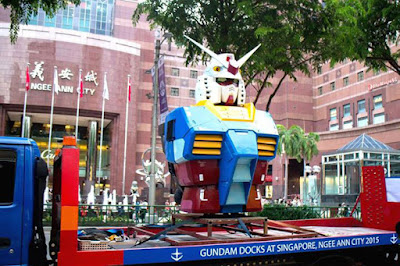 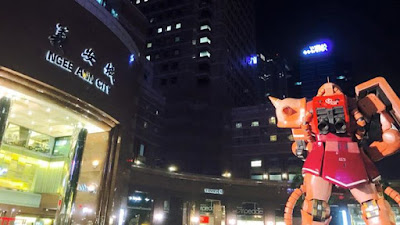 "Gundam Docks at Singapore" happens from 4th to 28th of June 2015, with 2 x 6-meter tall High Mobile Suits on display, and merchandize to be had.

"Witness the fight betweenEarth Federation vs Principality of Zeon as the RX-78-2 Gundam, the largest Gundam to be showcased outside Japan, come face to face with Char’s Zaku at the heart of Singapore’s Orchard Road. The Gundam and Zaku are arounad 6 metres each, at a scale of 1:3, and weighs two tonnes each." 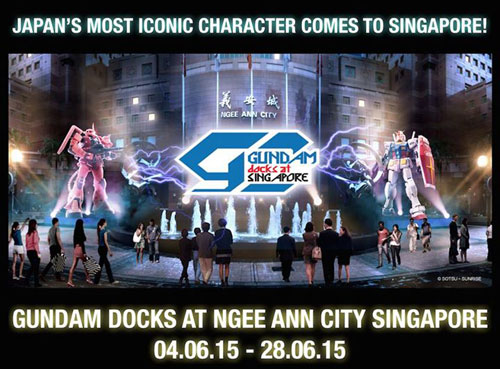 PRESS: "Bandai Namco Asia, one of the leading toy maker and arcade, mobile and home video game publishers in Japan, and Takashimaya Department Store, presents an iconic exhibition in celebration of 35TH anniversary of GUNDAM model kit and in conjunction with Singapore’s Golden Jubilee – the “Gundam Docks at Singapore”. One of the largest such exhibition outside Japan, the approximately 4,000sqm showcase will include over 200 models of the phenomenal Gundam series – the first anime based on space war and machines that sparked off the genre of robotic anime. From 4 to 28 June, the exhibition will be held at Takashimaya Square, B2 and Ngee Ann City Civic Plaza." (gundamdocks.sg)