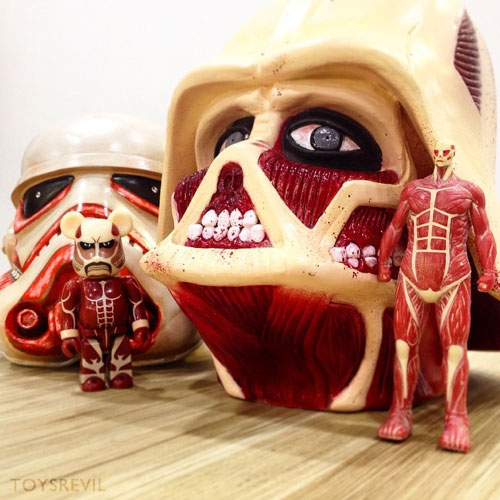 Imagine if the Imperial Army had "Titans" (from anime "Attack On Titan) in their arsenal, the Rebellion would have their hands full! But I reckon if the forces fight from outer space, they needn't worry, as I reckon Titans need to breathe air too, right? No, astronaut suits for giants might be a tad reaching … heh.

Shingeki no Kyojin meets Star Wars in not one, but TWO splendid pieces of custom collectibles, and I had the honor of checking them out in person (No, I don't not personally own them - I WISH!), thanks to the gentleman who now owns them both! 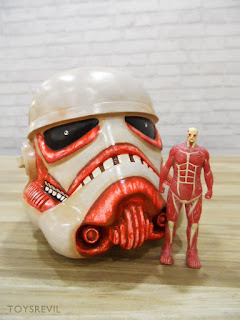 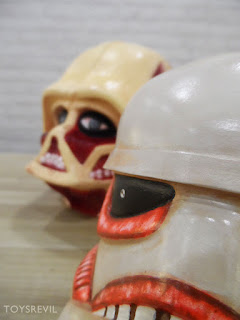 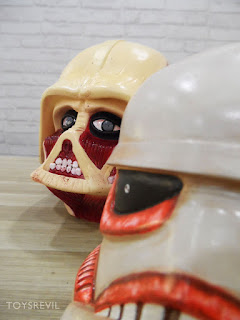 Seen above is the Stormtrooper helmet custom done for last year's #MayThe4thSG local Star Wars Day event held at Jurong National Library, and featured below is the Vader custom helmet completed for the weekend #CelebrateTheForce event held in Suntec City.

Both resin base figures were made by ImagineNation Design Studio in The Philippines, with the resultant 'Colossal Titan"-inspired customs were put up for adoption with proceeds benefitting charity, in conjunction with the respective Star Wars Day celebrations. 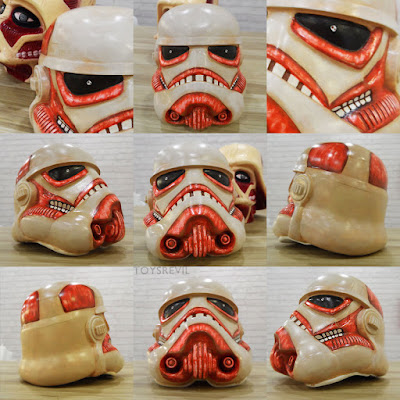 [ Individual images HERE on FB ]
I first spoke to Carlo Andrada Cacho AKA Wetworks (IG @iamwetworks / wetworks.bigcartel.com) about his work on the Stormtrooper Titan!

TOYSREVIL: Why choose Attack On Titan for your custom concept? (Last year's Star Wars Day). Do you like the anime?

IAMWETWORKS: "I wanted to do an Asian/Western crossover and Attack On Titan has a huge following and so does Star Wars, thought it would make an awesome crossover if done correctly."

TOYSREVIL: How long did it take you to finish the piece?

IAMWETWORKS: "I already have the existing trooper head as a base so I only applied the paints, it took 2 days to paint the whole thing." 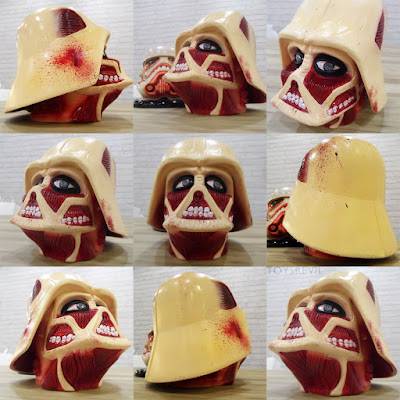 [ Individual images HERE on FB ]
Shown above is "Attack on T.I.E.tan" by Pratama Eka Dharma AKA Pedmon (behance.net/ped / IG @pedmons) custom sculpted and painted on a Vader helmet/head.

TOYSREVIL: How long did it take you to finish the piece?

PEDMONS: "I did my vader helmet around 5-7 days. Hardly for me to spend time to work on this on weekdays since Im working a fulltime job. So when i got back home during weekdays probably i work on it around 2-3 hour. 2-3 hour each day for a week."

TOYSREVIL: Why choose Attack On Titan for your custom concept? (Last year's Star Wars Day). Do you like the anime?

PEDMONS: "I love Attack On Titan! Their character design for the titan is beyond epic. Cant say I'm a fan, but I love to see how Vader looks like when it's covered only in muscle. Other reason is because I know (the) Attack On Titan movie is coming up and I can't wait for their next season (of the anime) to come in!" 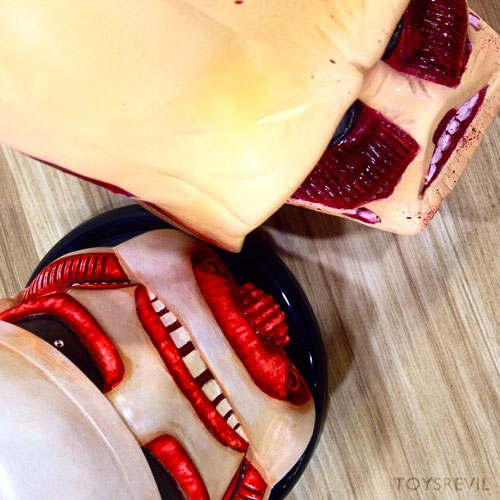