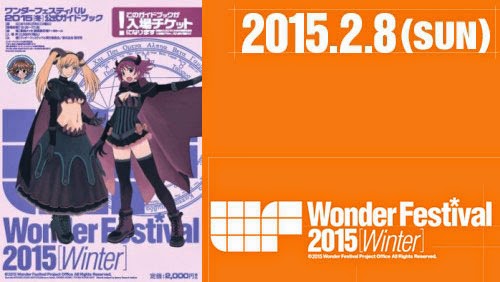 Prepping and posting newsery for Wonder Festival 2015 (Winter), it had dawned on me why I had my personal disappointments with the annual Anime Festival Asia here in Singapore: Because I had myself been "accepting" AFA to be the by-default version of WonderFest!

With constantly seeing the images and videos of WonderFest through the years, I had transferred my desire to see toys thru to AFA, since my coverage from 2008, had an abundance of. The primary difference being, AFA showcased mass market licensed properties from anime and as well toy brands, whereas events like WonderFest also included much more indie brands and designers. "Cosplay" is one of the factors which links the two, IMHO.

The excitement of seeing Medicom Toy products on display at AFA 2008 (itself a effort via the toys' distributors in SG), parlays now to brands like Bandai, Tamashii Nations, Good Smile Company holding court in AFA. Truth be told, one of my fave exhibitors is Bandai, where they make available TONS of merch for sale, some with sweet prices too! That's how I could afford to pick up Wild Tiger and Barnaby Brooks Jr (from Tiger & Bunny) S.H.Figuarts collectibles a few years back, which in turn led me down a renewed path to anime toys! Passion for the genre represented by "purchasing ability" has always been a boon and bugbear for myself personally thru the years anyways LOL 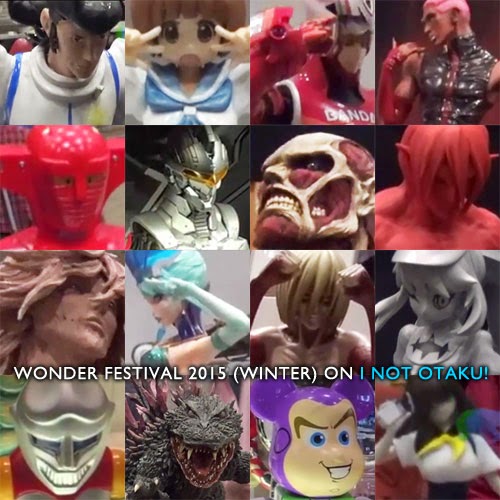 And for years, I've oft lamented the lack of more "indie" artists/designers/creators at AFA … names like TOUMA, DEVILROBOTS, Mori Chack et al - essentially folks we might see in SG toycons! Fair enough they need not be housed in individual booths, but perhaps in a sole pavilion, under a sole banner. If TOYSREVIL has the ability and resources, I would do that ("cost" being the biggest issue, of course, I am not naive ;p), and want to do that without a shred of doubt (or "business acumen" obviously LOL). And as for "licensed characters by-way-of anime culture" = I am sure they designers have products to cater to that notion/concept? Or can cater to that notion, as "fanarts" is one of the key proponents in the culture, no? *nudge-nudge* 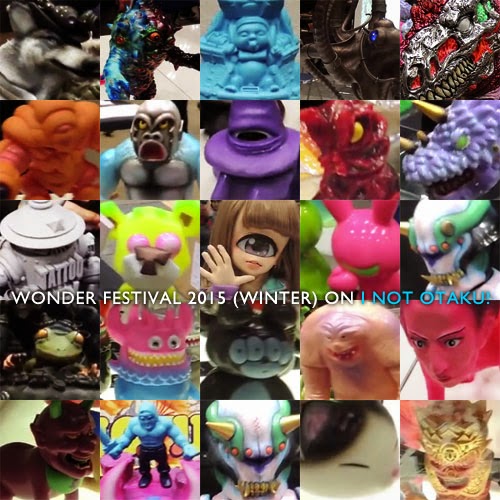 Be that as it may, I have come to acknowledge that both AFA and WF are indeed two separate entities, and I laugh at myself because it took me YEARS later til today to realize+recognize the difference! Blame my fanboy-head for dwelling amongst the clouds for far too long, I guess LOL

Nevertheless, AFA is geographically closer to myself anyways, while WonderFest and all Japan-based events, while ever remain a dream destination ...


And while I have since ended my blog-coverage for AFA 2014, featured below are two videos with a combined total of over 45 minutes' worth of filmed toys, collectibles and statues seen at WF2015W, for your gawking pleasures (**there are some repeats/overlaps in both videos). I have been screengrabbing images like a madman tho LOL (and montaged in images featured above), of course since posted HERE on the TOYSREVIL Facebook. ENJOY!


The above featured 18+minuter "Tokyo Toy Fiend Invades Wonder Festival" features quite a number of names/toy-makers/customizers familiar to this blog (Instinctoy! RAMPAGE TOYS! Ohmy!), while the below 27+minuter from antibiotictab showcases tons of licensed kaiju characters as well. Are there any more videos I am missing out? Share with us in the comments section of this blog-post, thanks!