One cannot deny the popularity of the annual Anime Festival Asia event in Singapore, for what I reckon is roaring "success" in terms of awareness and perhaps even "attendance" ("business wise" I have not stats to claim otherwise), and as it spreads to other parts of Asia - like Indonesia, Malaysia and this year we'll see the launch of AFA Thailand - the presentation of all-things Japanese anime is a force to be reckoned with here in this part of the world.

When I found out AFA was taking up the entire 4th floor at Suntec City Convention Center, I was both esthetic and gripped in "fear" - which essentially meant MORE goodness to gawk at (if not MORE space to maneuver LOL), mixed up with the tangible "fear" that my physicality might not be able to take the "punishment" of walking around too long too much! 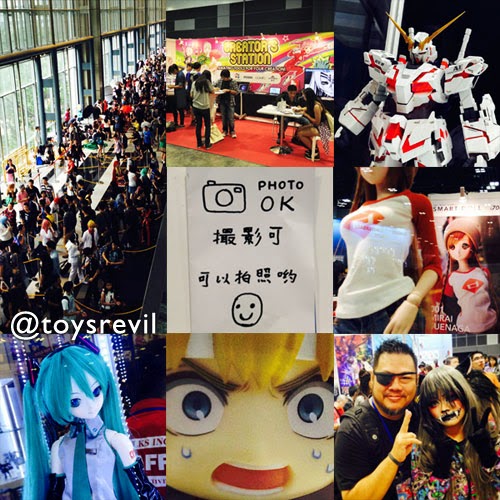 [All "Live" Instagrammed Images for #AFA2014 HERE on FB]
Alas with a one-day only pass provided, my coverage has since been condensed to that one day of milling about the thronging crowd and incessant noise of merriment choking the air. But the mood seems "right", seems "apt" (versus the night market that STGCC has become, IMHO). Two days spread out would have been perfect for covering the event, but no I do not run the show.

Contained herein are links to photo albums on the TOYSREVIL-Facebook for the select booths I had a chance to snap pics of via my iPhone3, as well I've decided to let some folks comment on the event itself instead of my yammering LOL

Thanks again to Hauke Scheer for keeping me company throughout! 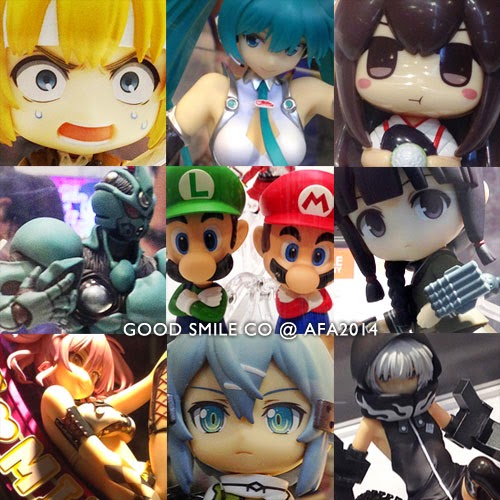 "Hahaha it's actually pretty manageable, of you are into saunas or steam room, pretty much the same. Haha AFA was fun! The crowd's great too!" - shared Wilson Cai - who was underneath the OO-KUN Mascot at the Animax booth! (Dance Video on FB) 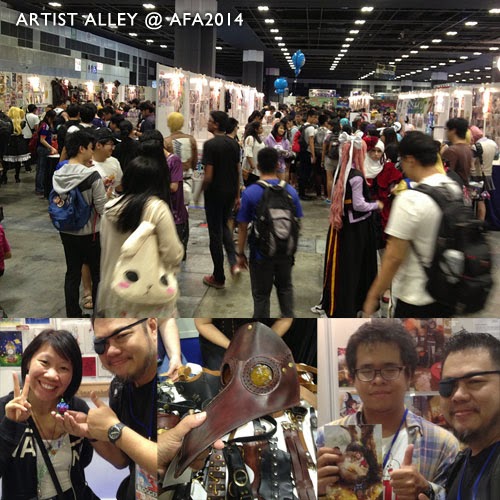 "AFA was great but I was kind of stuck at my booth again most of the time so didn't really get to move around much. But I do hope that they can display more new figures that's not release yet like Wonder Fest." -shared ZiQi Wu of Monster Little, who was boothing at Creators Hub at AFA. 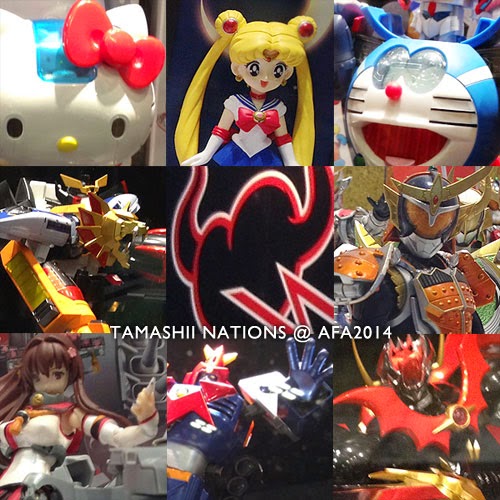 "As a "first time" exhibitor at AFA , it was really great and the crowd surprised me! I was a bit worried because my art is totally not related to anime/fan art lol ! Love the experience XD" -shared Shenly Yee from D'creativeholic - whom I purchased a Cheeky Fly from! 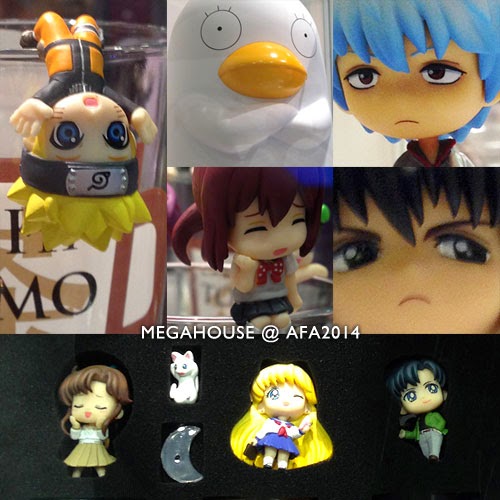 "I'm a bit annoyed by nissin booth. Because I was hungry and it smells sooooooo goood. lol

I thought it was pretty good. Personally I felt it was more organized and better run than STGCC (as an attendee) but of course the experience could be pretty different as an exhibitor." - Illustrator, Jerry Teo (Creator of Rex Regrets) 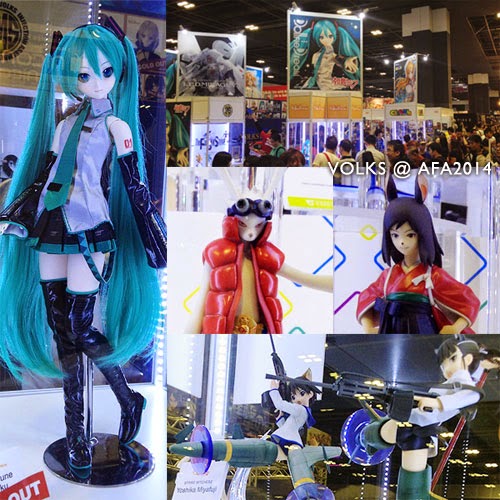 "From the photos and videos I've seen and from reviews of a friend who worked there, I must say they have improved. Though I didn't go in the end, the mini events held here and there are interesting at least in words.

But I didn't go because the contents felt repetitive. Skipping this year wouldn't feel much difference as next year would be around the same or similar. They tried to be innovative with niconico karaoke booth and SnK 3D Manoevre stuff. Also SAO Oculus rift was cool. Next year should be have one la~" - Thero Dennis 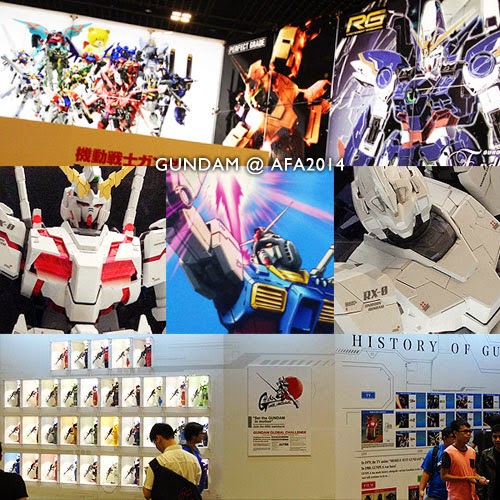 [More images of GUNDAM @ AFA HERE on FB]
5 Years since AFA has been happening in Singapore, and I think it's time I went to "enjoy" my geekself, than to attempt to "cover" it on the TOYSREVIL-blog … but maybe on my I Not Otaku-blog? We'll see as the months go along, shall we? 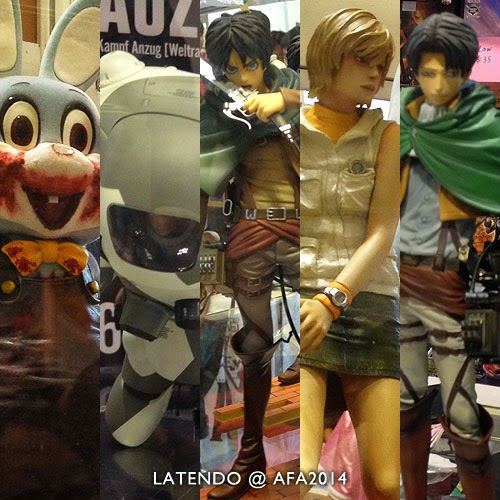 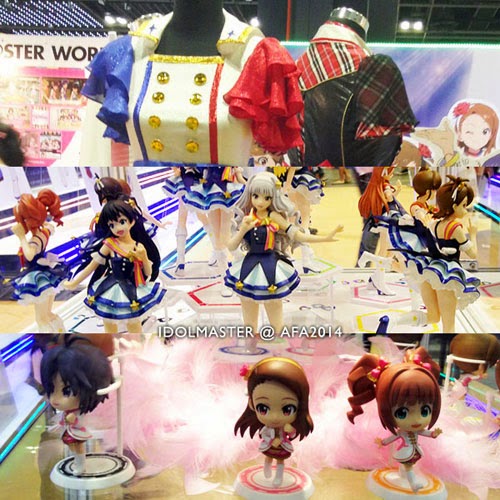