Footage for the "live action" adaptation of Japanese anime/manga ATTACK ON TITAN has been unveiled, no doubt via a variety show, and hopefully we'll get to see better resolution footage soon! (Source: kotaku.com) … Meanwhile, here's a quick introduction to previously featured images on both my TOYSREVIL and POPCORNX blogs, starting with Character Posters: 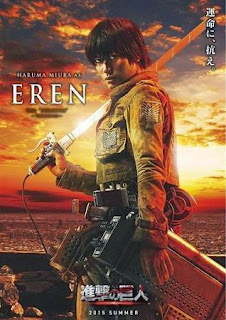 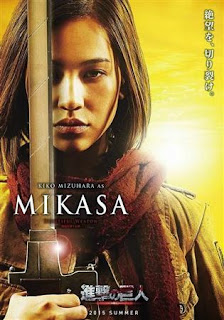 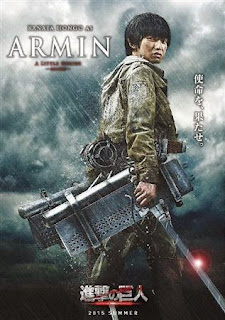 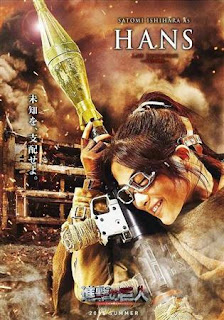 Above: Haruma Miura as Eren / Kiko Mizuhara as Mikasa
Below: Kanata Hongo as Armin / Satomi Ishihara as Hans/Hanji
Character Posters for the "Live Action" adaptation of anime & manga sensation Attack On Titan has been revealed, with a whopping 11 characters casted, including story principals "Eren" and "Mikasa".

"The cast includes seven characters that are new to the film versions of the story. Sanspo reports that Hasegawa's character Shikishima holds the key to the film's story as "humanity's strongest man."

On the cast selection, producer Yoshihiro Sato said he did not pay as much attention to whether or not the cast members looked like the original characters. Instead, he had many discussions with Attack on Titan manga creator Hajime Isayama and went with actors who could act out the "characters' spirits."" -reported Anime News Network 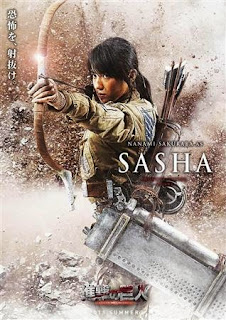 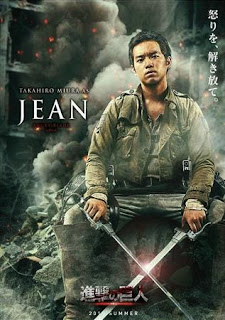 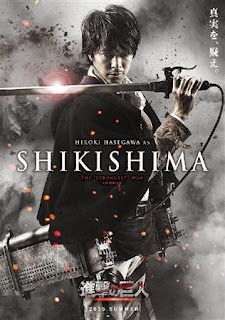 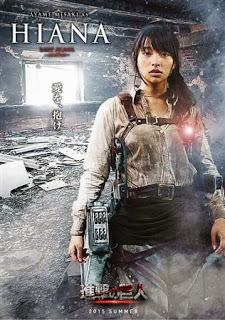 Above: Nanami Sakuraba as Sasha / Takahiro Miura as Jean
Below: Hiroki Hasegawa as Shikishima / Ayame Misaki as Hiana
I had wondered how the adaptation would, in terms of the humanoid characters mores than the Titans (Check out THIS Subaru TVC!), and the "dreary grittiness" seen on their uniforms here put a smile on my face haha!

ATTACK ON TITAN will be presented in 2 films, directed by Shinji Higuchi, with supervision by Hajime Isayama - it is mentioned that "the story will be based on the world and characters of the manga, while incorporating new characters and new formidable enemies." 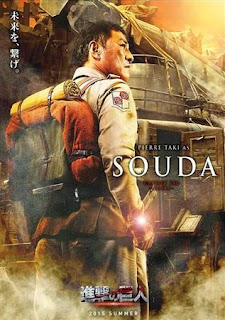 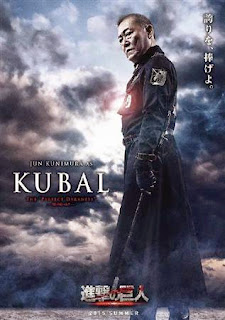 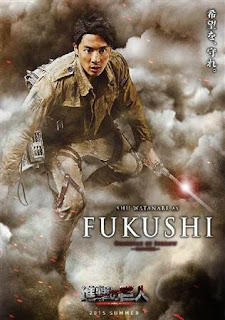 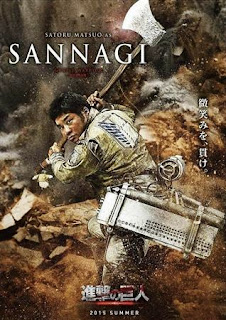 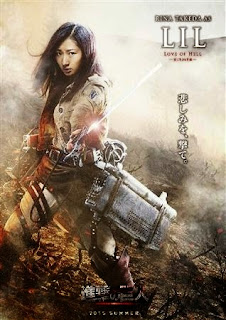 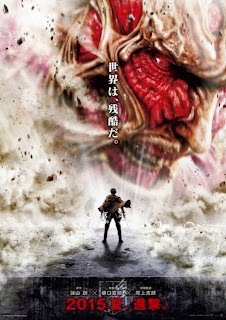 Seen above-right is a look at the poster image for the live action ATTACK ON TITAN feat film, featuring the Colossal Titan (BLOGGED on TOYSREVIL):

"A newly released poster for the live-action adaptation of Attack on Titan suggests its titans will be even bigger than their manga counterparts … According to Anime News Network, the colossal Titan in the manga and TV anime was about 60 meters tall (about 200 feet). In contrast, the live-action films' colossal Titan will stand at twice that height, "towering over even the 108-meter (350-foot) height of the tallest movie Godzilla ever, the monster from Garth Edwards and Legendary Pictures' Godzilla film this year." -reported io9.com.