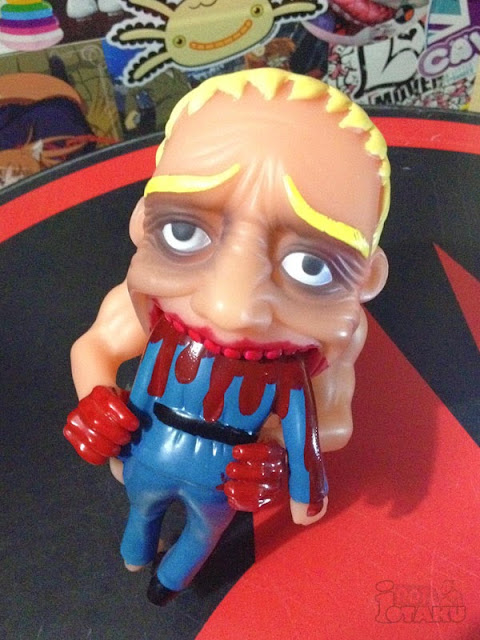 Picked up a bootleg Attack On Titan figure yesterday from Comics Connection (a local manhwa/manga comicbook chain store) with this PVC sculpt likened to it's "Capsule Q" predecessor from Kaiyodo (Image of capsule figure seen below, via www.crunchyroll.com). Here are some images I snapped of both the box and the figure itself, along with a quick Toy Review!

All individual images have also been uploaded HERE on Facebook :) 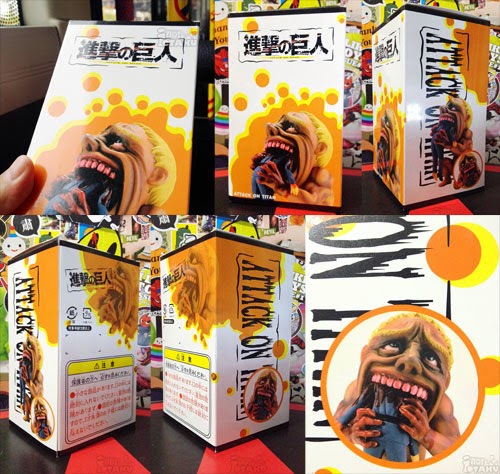 Utilitarian printed carton box with zero indication of the producers, which immediately signifies it s a bootleg, but it is a decently printed box and would serve as a nice "gift" if need be, compared to other bootlegs which come in non-descript brown carton … but hey, I am not promoting bootlegs here LOL 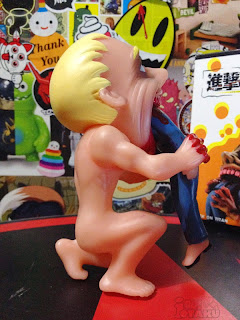 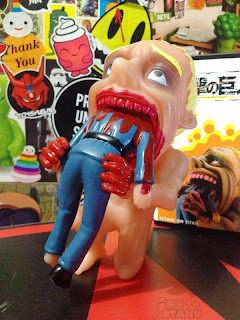 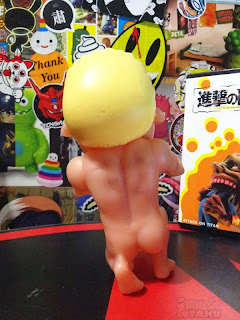 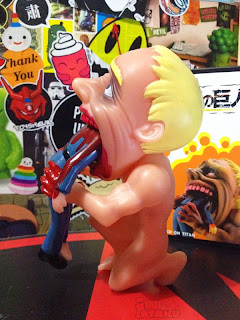 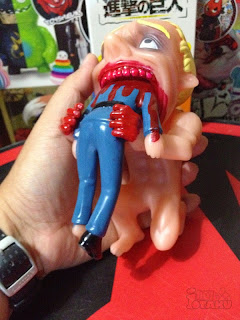 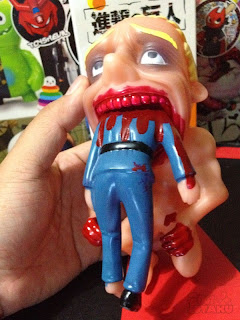 The PVC figure itself is funny to look at, as macabre as the presentation is, with an obvious lack of sculpted detailing, until the Capsule-Q version (not that I on it, but compared to the online images :p), especially noticeable in the legs and stomach.

What bugged me the most - and I had not noticed it on display at the store (last piece too) - was that it was tilted on one side, and servely tilted too. It might stand decently once you hold and place it done, but a soft knock on the table and the piece topples.

Sure it is a hardly PVC piece with no fear of breaking, but I really prefer my figures to be able to stand on it's own, thanks. Bootlegs aside, this piece was decent enough to be used for photo taking anyways hahahaha

Paint application is hardly perfect, as bootleg productions go, but the darkened red blood has a glossy "wet" effect, which was as interesting as this morbid figure gets!

What boggled and entertained me, was that the arms were articulated, and even the neck is somewhat "movable" but not by much. Even the eaten-human - while unable to be fully removed from the Titan's mouth - can still have a little movement LOL

The tagged price for this Titan was SGD$20 (with ten cents change), but there was a 30% "Moving Out" discount, which worked for me LOL - but otherwise hardly worth the original asking price. I would be absolutely willing to part for this if it was half the asking price, especially so after seeing it being listed on Jackson and Ella's Top Ten Toys for 2014 hahahaha

Also on display was a literal "Coin Bank" of the Colossal Titan attacking the wall with a huff of smoke (but no Eren figure to be seen LOL). 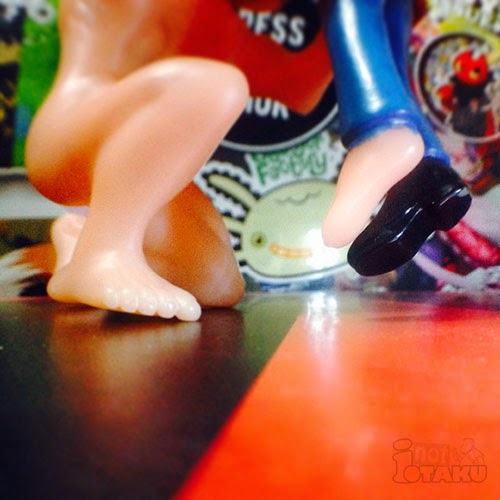 Above: My favorite part of the figure? Dude being eaten is missing a shoe LOL
Below: The MIYA-san figure (from Martin Hsu x Bigshot Toyworks) seems to be
saying; "You are NOT the sort of animation I will do…" 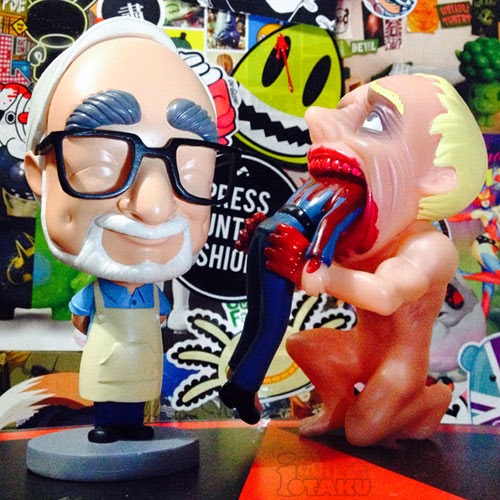 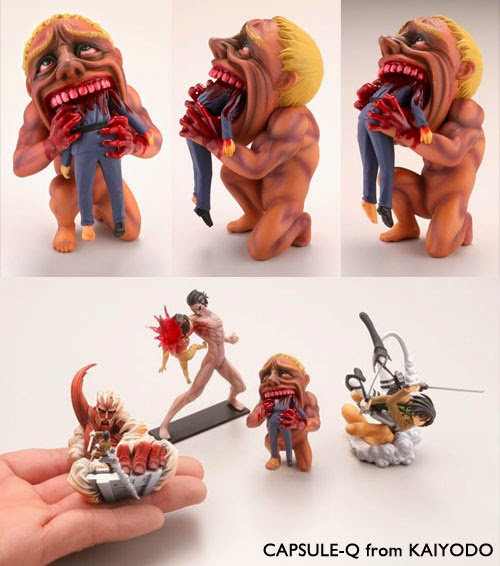