MY TOP TEN FAV ANIME THEME SONG #3: "Starboard" by Hitomi Kuroishi - the ending song for LAST EXILE - FAM: THE SILVER WING, never failed to engulf me in a sadness and dread unexplainable, especially so since I do not know what the lyrics meant, nor did I needed to care. *innocent-smile* 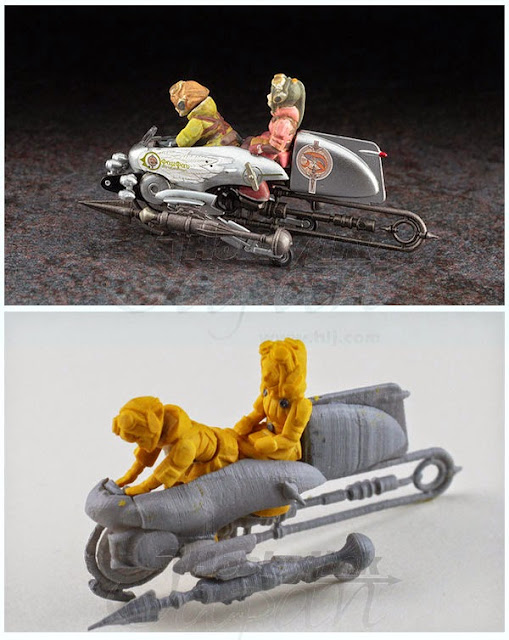 One aspect of the anime which endeared themselves to me, were the fantastical production designs from Mahiro Maeda, in particular Fam Fan Fan's Vespa - which seemed an obvious standout, so much so I would have happily just displayed that alone by itself, as opposed to needing character figurines (in that respect, the first Last Exile series had more interesting character designs, IMHO), no offense of course character designer Renji "Range" Murata!

Found these 1/72 scale Plastic model kits of Fam's Vespa and Tatiana's Van Ship (seen below), made by Hasegawa, and released December 2012 (Hobbylink Japan has deets). Looks interestingly like a 3D-Printed kit, no? Anybody owns these out there who could weigh in for us, please? :) 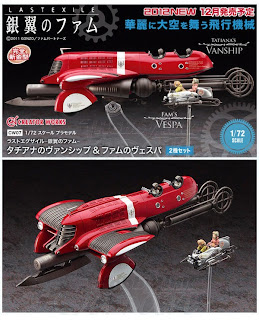 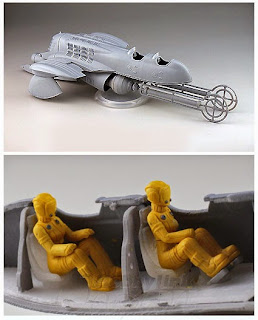 Would be somewhat awesome if a Pinky:St version of the Vespa was made, along with Fam and Giselle as Pinky:St figurines, no? Yes, I am biased :p And it is not too far fetched too, as evident of these character design releases from Range Murata x Youki Kanaya!
Last Exile FAM The Silver Wing TopTenAnimeOct2014 video