MY TOP TEN FAV ANIME SERIES THEME SONG #7: "Again" by Yui, the opening track for FULLMETAL ALCHEMIST: BROTHERHOOD - one of my all-time fav anime series which I only completed by watching episodes online LOL

Excitement when I hear this come on and I know I will be having a good time watching this anime hahaha. And I've only watched this incarnation, and nothing before or after this series tho.

This is one of three songs from FULLMETAL on this list, so I may be stretching the toys a bit here, but everyone remains on my wish/wantslist tho! 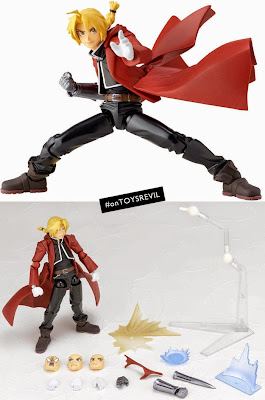 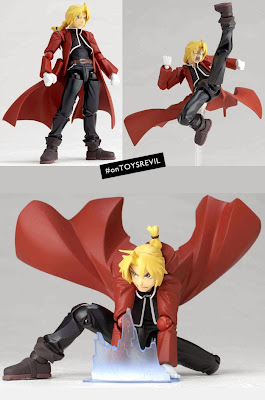 I had previously blogged about the 1/6th-scaled versions from Medicom Toy (still don't own them …*sob*), and journeying along the path of humanoid-collectible depictions, my vote goes to Revoltech, for Brothers Elric EDWARD (Amazon) and ALPHONSE (Amazon) - simply because it would be too fun to pose them in the midst of their activating their powers - and the articulation would prove tons of "play fun", IMHO! Damn, getting myself excited here, posting pictures and imagining playing with them ggrrrr… 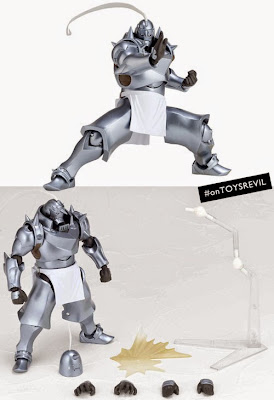 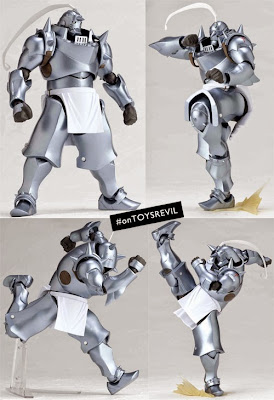 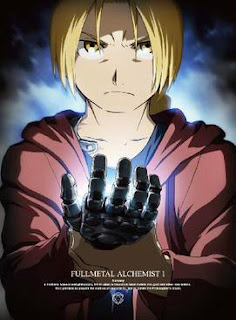 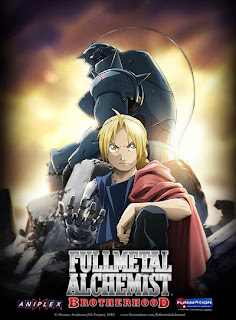