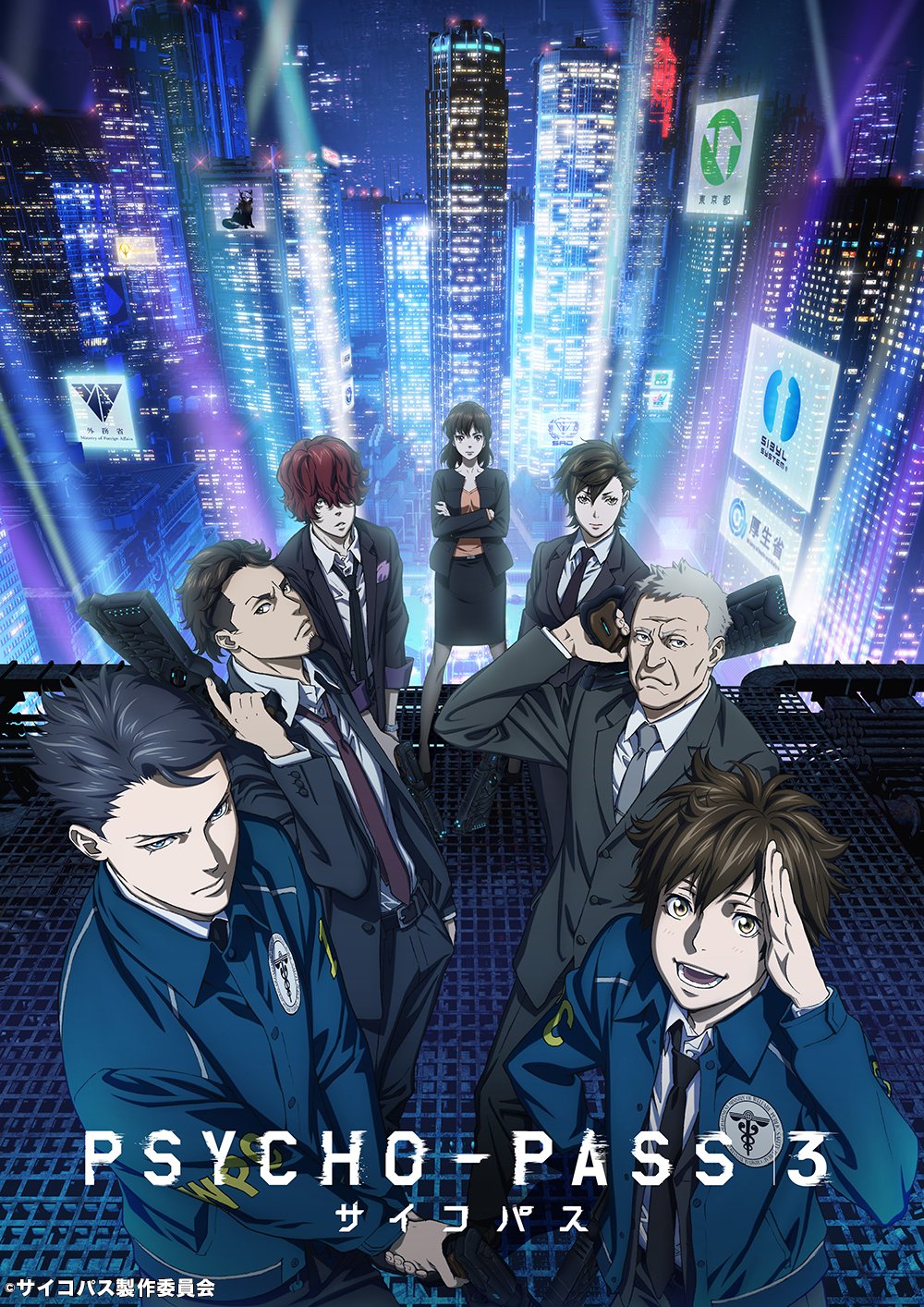 A random find on a Friday: "PSYCHO PASS" Season 3 - featuring a brand new cast of characters and their individual quirks, along with some returning familiar faces, and a change in status quo, and of course the pre-requisite "Dominators" to wow the crowd with.

The focus seems to be on the Investigators/Detectives, who are choosing to do their jobs, while trying to "do their jobs", and I am hoping to discover more of their motivations in the episodes to come - of which only 8 have been listed for this season.

Ep 1 also presented newer tech, new external organisational dynamics, new antagonists, and of course new mysteries to solve. I am certainly looking forward to new adventures, rather than reliving older ones... but who knows? Maybe its all connected anyways?

"Psycho-Pass 3 is a 2019 anime series that serves as a direct sequel to the 2014 series Psycho-Pass 2 and premiered in Japan's Fuji TV's Noitamina on October 24, 2019. It was first revealed in March 2019. Besides featuring characters from previous series, Psycho-Pass and Psycho-Pass 2, this anime focuses on new ones including Yuki Kaji's Arata Shindō and Yūichi Nakamura's Mikhail Ignatov with Akira Amano having conceived their designs. Naoyoshi Shiotani is returning to direct the series at Production I.G.

Set in a dystopia future where society is overseen by technology known as the Sybil System, the story focuses on Shinod and Ignatov, two policemen.

Outside of Japan, the series made its debut on Amazon Prime Video, revealing a total of eight episodes, each one being 60 minutes long." (Wiki / Official site)