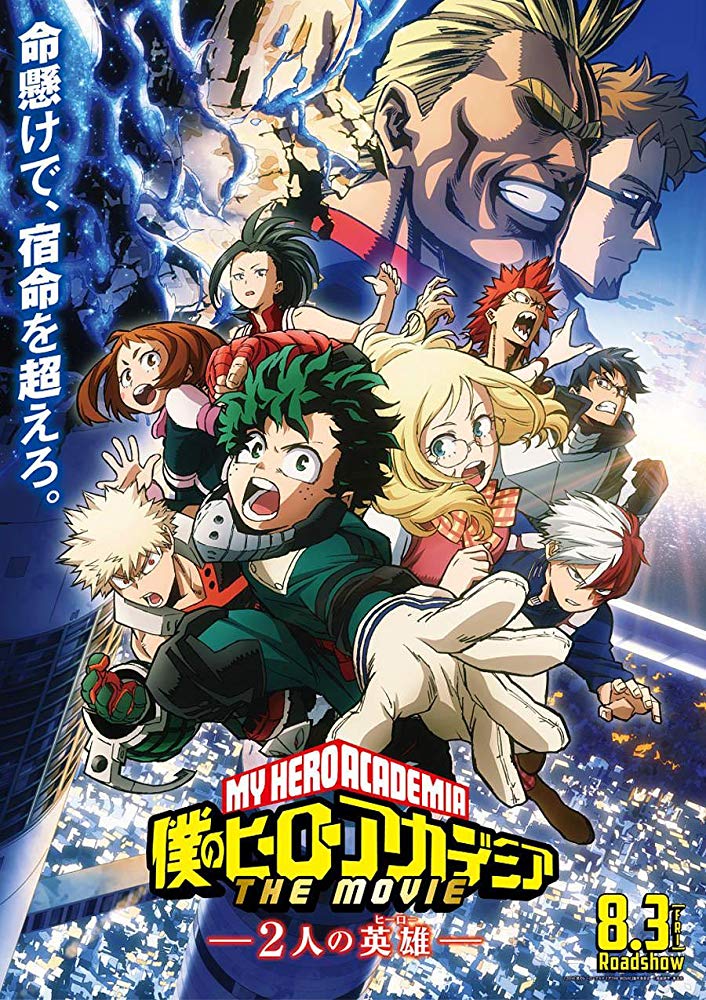 I've gotten somewhat hooked on My Hero Academia only devouring the entirety of Season 3 (after catching a couple eps on Animax on local telly :p), and had initially thought THIS movie would help sate my desire for Season 4, when in reality this plot is a sort of "prequel" to Season 3 (described in PLOT featured below), before whatever happened to All Might by the end of S3 *cough*... nevertheless, PLUS ULTRA!

Premiered in July 5, 2018 (Anime Expo in July, and August 3rd in Japan, do check in with your local listings for any screenings where you are at.

PLOT: "The events of the film are set between the second and third seasons of the anime series. Izuku and All Might are invited to a summer trip at "I Island", a man-made island where the top scientists of the world reside and perform research on Quirks. During their stay, Izuku meets Melissa Shield, one of the island's residents who is Quirkless, like he was once, and they become close friends. When the mysterious villain Wolfram takes control of the island, threatening to kill all its residents, it falls to the Hero Association and the students of U.A. High to stop him." (Wiki)


WHAT-IS: "My Hero Academia: Two Heroes (Japanese: 僕のヒーローアカデミア THE MOVIE ～２人の英雄ヒーロー～ Hepburn: Boku no Hīrō Akademia THE MOVIE: Futari no Hīrō) is a 2018 Japanese anime superhero film based on the manga My Hero Academia by Kōhei Horikoshi. The film was directed by Kenji Nagasaki and produced by Bones. Anime Expo hosted the film's world premiere on July 5, 2018, and it was later released to theaters in Japan on August 3, 2018." (Wiki) 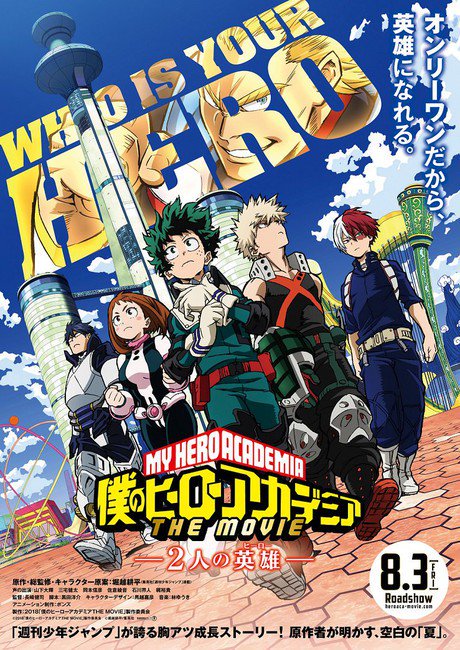