MY HERO ACADEMIA Pop!Vinyls from Funko & My Current Anime Viewing 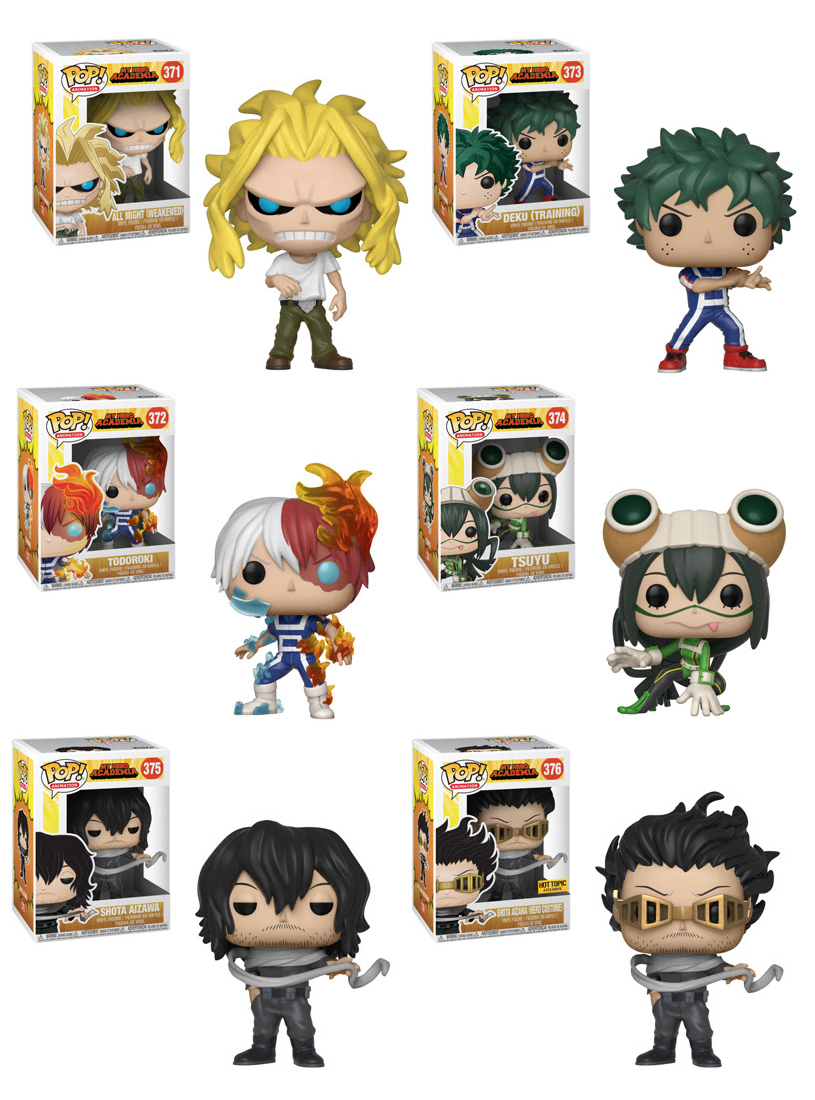 FUNKO PRESS: "School’s in session as young superheroes-in-training learn how to save the world in My Hero Academia. In honor of the Japanese adventure anime series and its protagonist, Izuku, Funko is pleased to announce a line of My Hero Academia Pop!

Meet the world’s greatest hero, All Might, in both his heroic form and weakened state. All Might’s protégé, Izuku Midoriya, (also known as Deku), gets the Pop! vinyl treatment, highlighting his determination to become the best! Hero-in-training Shoto Todoroki, fellow student Tsuyu Asui and their teacher Shota Aizawa (also known as Eraser Head) all get the Pop! vinyl treatment. Find Shota Aizawa in hero costume only at Hot Topic! Coming in August!"


Coincidentally, I had actually sat thru an episode of the anime (my first full viewing) purely by random happenstance on Friday morning (Midoriya fighting Todoroki in the arena), and subsequently binging on the most recent 7 eps (of Season 3), and utterly enjoyed it!

Having watched the first ep since the anime's inception, I remembered stopping halfway as I'd not feel for it, as much as folks have been recommending it post-"One Punch Man" or even "Mob Psycho 100", but it just was not my cuppa (I have specific reactions and views to different "applications of power" in shows, I suppose :p) ... until the recent viewings, which reminded me tons of "World Trigger", where multiple folks have multiple "talents" and personalities to handle situations, and I've always endeared to good "group dynamics"-sorta fictional shows, so this worked for me! Looking forward to weekly "Boku no Hero Academia" shows now... IF I still have the patience to endure "weekly shows", that is lol 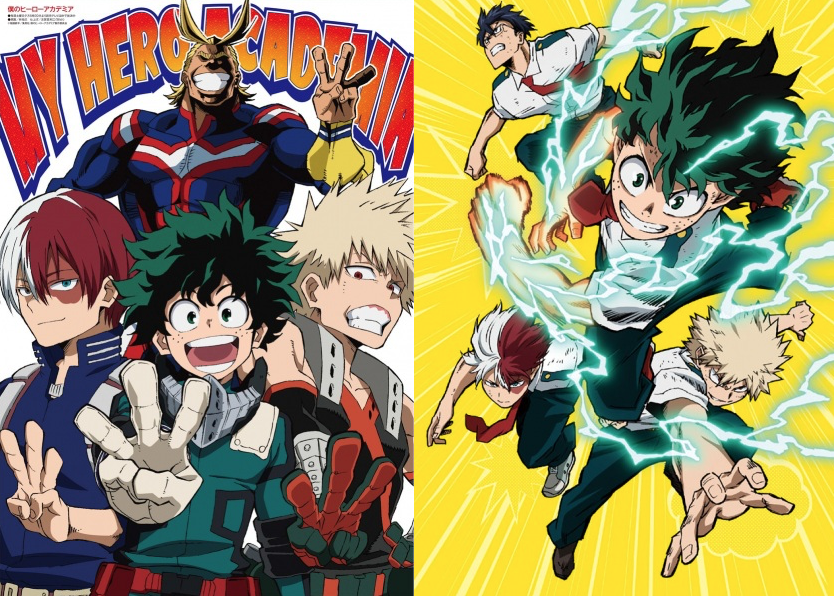 BUY "MY HERO ACADEMIA" ON AMAZON: