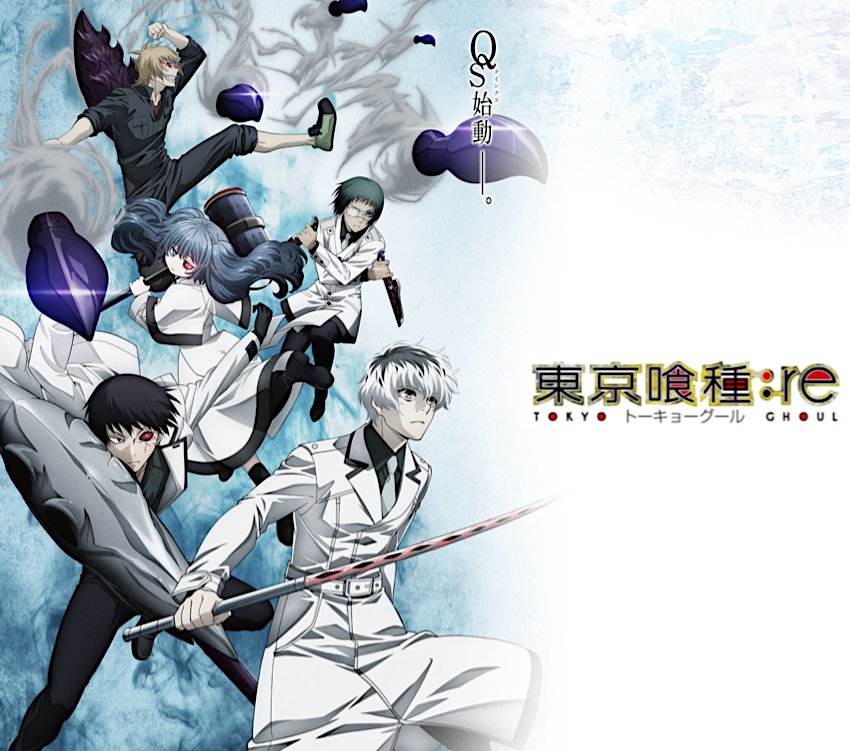 Admittedly it has been quite sometime since I indulged in a (serial) anime (its recent re-waches of anime films being my choice of poison :p), until I started on a new release, based on my love for the previous seasons' - "TOKYO GHOUL:re"!


WHAT-IS: Tokyo Ghoul:re is adapted from a popular Japanese manga, which circles around the Quinx Squad, a new squad in the CCG made up of humans who had undergone the surgery to become half-ghouls to use their powers.

STORY: Set two years after the raid of Anteiku by CCG, Tokyo Ghoul:re follows Haise Sasaki as they work to exterminate ghouls. However, there’s more than meets the eye, and Haise Sasaki has unknown memories that are clawing out to him and bringing him to the past.

The story "apparently" (because I do not read the manga otherwise, tp authenticate) follows the similarly titled manga "東京喰種トーキョーグール:re" written and illustrated by Sui Ishida (insert image right), which is a sequel to the Japanese manga series Tokyo Ghoul.

Screensnaps for opening of #tokyoghoulre #tokyoghoul3 #anime. Set a few years into the future since #tokyoghoul2, brand new characters dominate the story, but old mainstays remain still in the faded shadows ... and yes, Kaneki is not too far away... the “one-eyed ghoul” is many, but familiar ticks remain. #inototaku

Truthfully, it has been quite a slight discomfort watching the first two episodes, which has been quite a slow-burner, understandable trying to introduce the new characters and their motivations, alongside teasing familiar characters (from the earlier 2 seasons) - which frankly you will get to see/recognize more in Episode Two (*No spoilers here for you folks, sorry :p), along with the mystery that which is WHO "Haise Sasaki" is, and WHO is is trying NOT to be (*cough*).

I personally made the "mistake" of watching Episode One dubbed in English - where I usually watch in OG Japanese with English subs, but managed to catch Ep2 as-is, and it does make a difference, at the very least in character intonation and emotive qualities, IMHO.


“Ken” is never that far away, is he? #tokyoghoulre #tokyoghoul3 #anime

The allure of the "one-eyed-ghoul" from both 2 seasons before is now thwarted by a squad of one-eyes, which I thought was pretty fun, but somewhat dulls said-allure ... but then again, who knows what the future of this anime will be ... at the very least, this seems to be the ONLY anime I am following these days, alas :p


But if I am being totally critical, the animation aesthetics are really sub-par, character designs not so much different that the myriad of "x-school uniforms"-trends currently, with no uniqueness in concept, besides the mind-boggling sharpened teeth of one of the characters.

One of my fav anime come into mind: KEKKAI SENSEN - where character designs made them unique unto themselves, and heightened with their powers (and usage of them).

Even now, after two episodes, I am uncertain of their kagune(s), besides the (near) obvious Kagune belonging to Haise ... or otherwise.

Without a strong story (which to be fair, might yet unfold as the series progresses...), the visuals are pretty weak to capture my attention, IMHO. 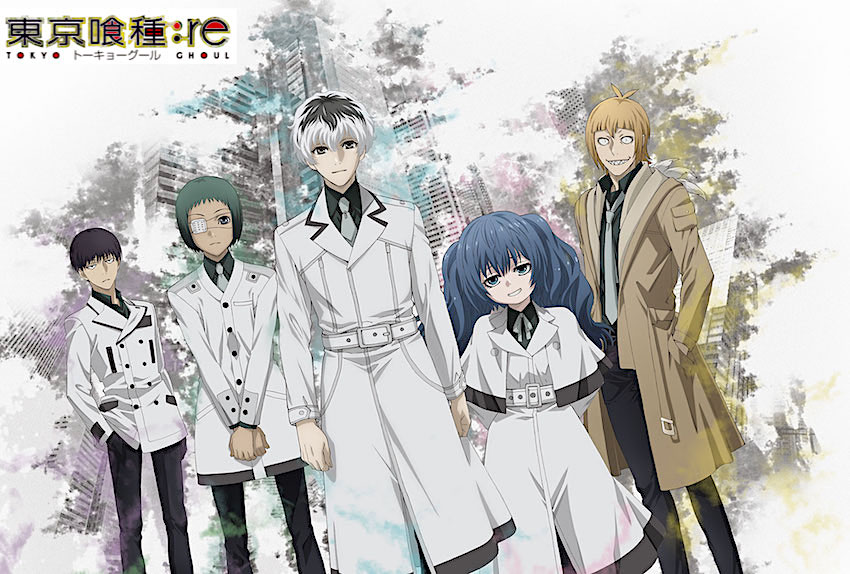 Would I recommend this to folks? Too early to say, I suppose ... but push comes to shove, do not be too disappointed if you had been a fan of the previous 2 seasons ... for which, I have to say, the first season was still the best, where story-telling visual devices and character designs were unique in its portrayal of a sub-culture presence amongst fictional "humanity".

"Tokyo Ghoul:re" so far is too similar to many offerings I have casually glanced on Animax in my random channel-changes on slow days.

OMG - one anime popped into mind though: "TerraFormars"! While Season One had my attention in a merciless grip, Season 2 left me feeling utterly cold, disappointed and unfamiliar ... but perhaps this might be too extreme, I admit :p 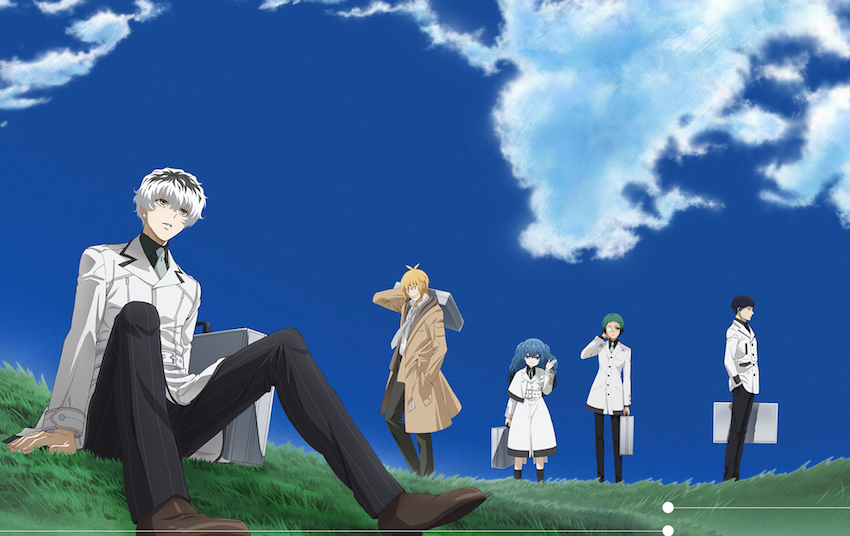