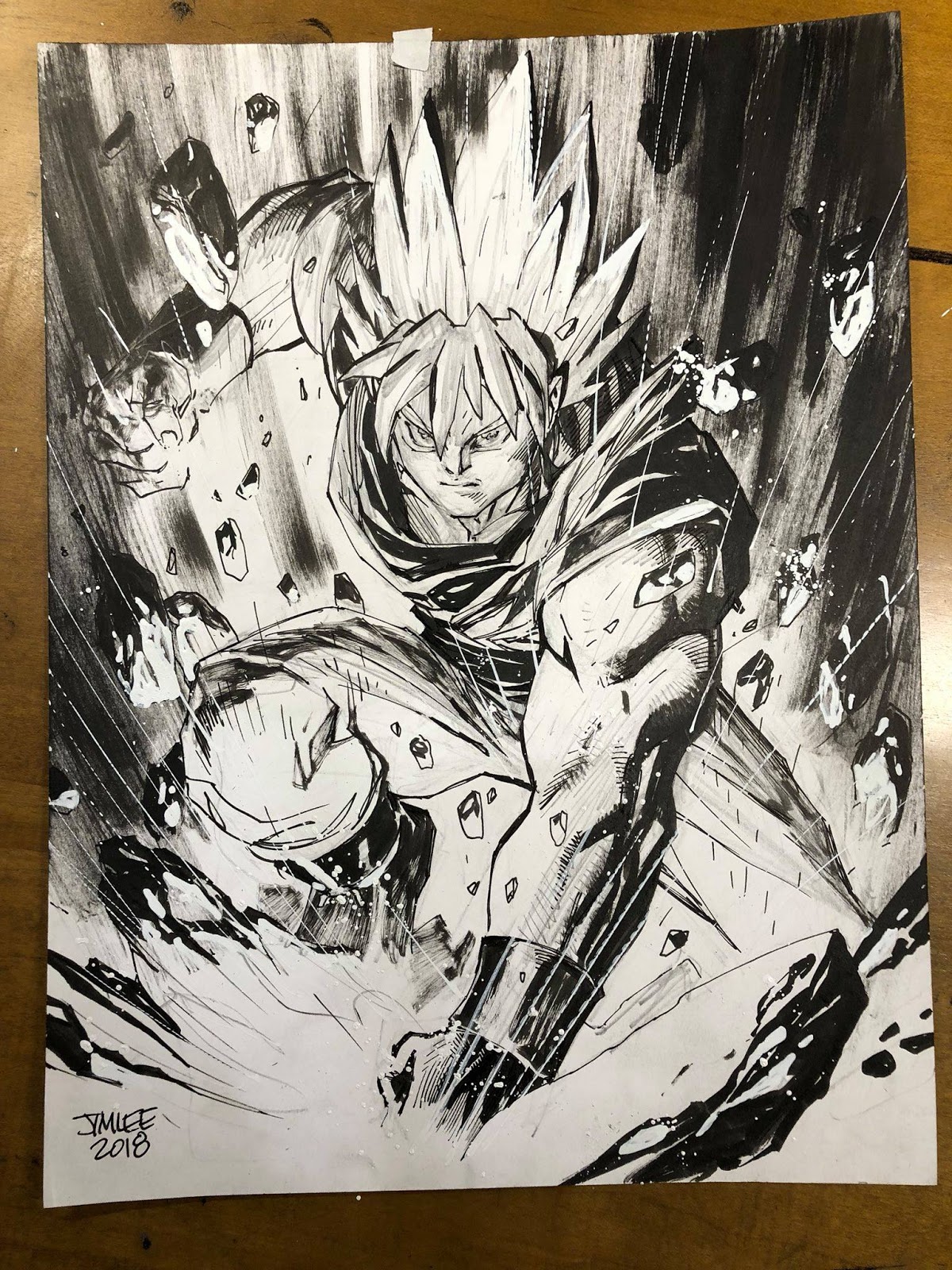 JIM LEE DRAWS GOKU of Drangonball on his Twitch stream! Check out the time-lapse video (featured below) so you don't "miss out" (*cough*). This is the FIRST time he has done so ... That Is All :)

WHO-IS: "Jim Lee (Korean 이용철; born August 11, 1964) is a Korean American comic-book artist, writer, editor, and publisher. He entered the industry in 1987 as an artist for Marvel Comics, illustrating titles such as Alpha Flight and The Punisher War Journal, before gaining popularity on Uncanny X-Men. X-Men No. 1, the 1991 spin-off series premiere that Lee penciled and co-wrote with Chris Claremont, remains the best-selling comic book of all time, according to Guinness World Records.

In 1992, Lee and several other artists formed their own publishing company, Image Comics, to publish their creator-owned titles, with Lee publishing titles such as WildC.A.T.s and Gen¹³ through his studio Wildstorm Productions. Eschewing the role of publisher in order to return to illustration, Lee sold Wildstorm in 1998 to DC Comics, where he continued to run it as a DC imprint until 2010, as well as illustrating successful titles set in DC's main fictional universe, such as the year-long "Batman: Hush" and "Superman: For Tomorrow" storylines. On February 18, 2010, Jim Lee was announced as the new Co-Publisher of DC Comics with Dan DiDio, both replacing Paul Levitz.

He has received a Harvey Award, Inkpot Award and three Wizard Fan Awards in recognition for his work." (Wikipedia / Comicbook covers image by "pheregas" on forums.d3go.com)