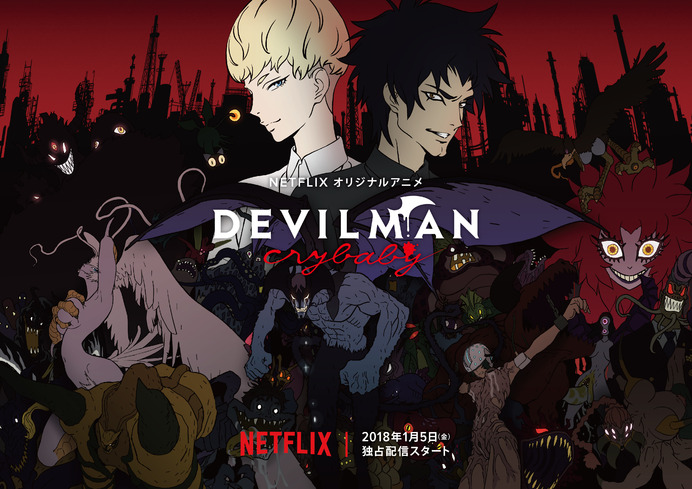 A new poster image and a trailer (3rd PV) and a has just been released for “DEVILMAN crybaby” (Premiering January 5th, 2018 on Netflix) - featuring a whole lot more moving scenes and a clearer look at the animation style, with Eunyoung Choi serving as animation director, directed by Masaaki Yuasa. Produced by Aniplex and Dynamic Planning, in association with Netflix, this project also marks Go Nagai's 50th year as a creator.

Featured below is the Japanese audio version (no English Subs), and I’ll attempt to post the English subbed-version if/when it is released!

PLOT: "Akira Fudo learns from his best friend Ryo Asuka that demons will revive and reclaim the world from humans. With humans hopeless against this threat, Ryo suggests combining with a demon. With this, Akira becomes Devilman, a being with the power of demon but with a human heart." (Source) 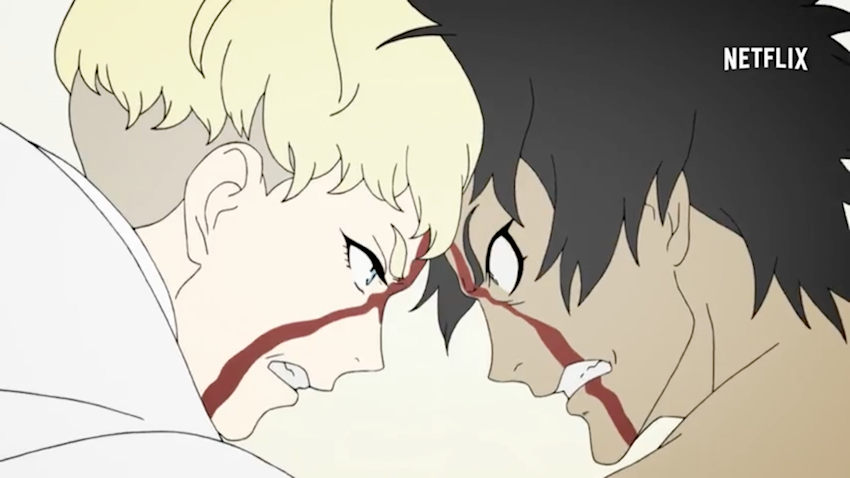