PRESS FOR “AKIRA/SUPREME”: ”AKIRA was a Japanese manga series created by Katsuhiro Otomo that launched in 1982 and concluded in 1990. The story takes place in a Post-World War III world where Tokyo has been destroyed by a nuclear bombing and society is fraught with anti-government terrorism, drug usage and gang violence.
In the story, Kaneda and Tetsuo are best friends and members of the motorcycle gang The Capsules when Tetsuo has an accident that awakens great psychic powers within him that causes him to turn on Kaneda and ultimately drives him to insanity. The series has been credited as introducing manga and anime to the Western world and has visually inspired post-apocalyptic and dystopian series and films that have since been released. 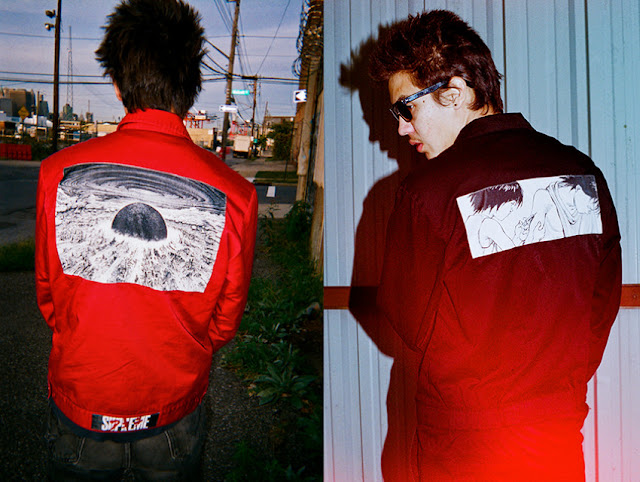 My entire adult geeklife is fueled by a handful of cult/pop-culture-icons, one of which is “AKIRA”; the 1988 animated feature film directed by Katsuhiro Otomo, which informs most of my personal geekery and preferences. From aesthetics, to design, to cyberpunk and all its wonderful subculture icrumentssssss. And thru the years there have been a few moments which has shaken this foundation, including a possible live-action feature film adaptation that did not happen (it still might with Taika Waititi), and THIS slice of newsery: “SUPREME X AKIRA”. 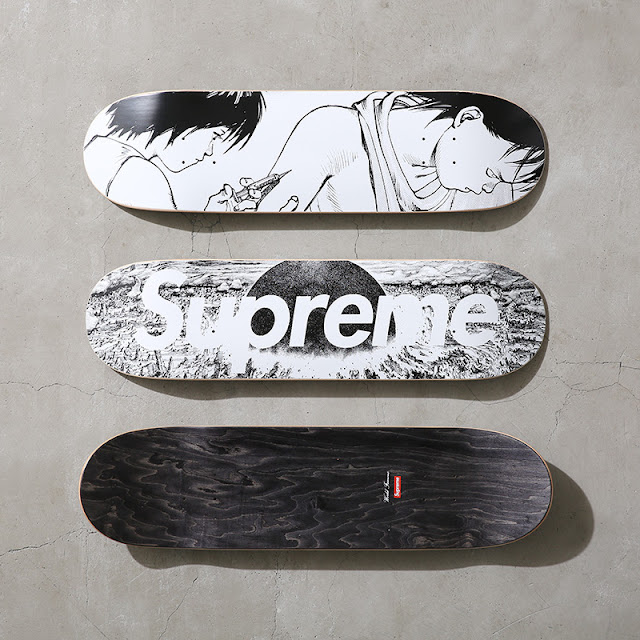 One aspect of me was: “DAAAAAFUQ?!”, abetted with much more cussing and foulmouthery, but on the same token, perhaps aligning with the hype brand of the moment (), may well re-igniting the nearly-30 year-old property to the new(er) generation(s), which might not have been “converted” in the first place? As naive as it might color me, that is more interesting and satisfying a premise, than “loosing” the memories of my beloved anime.

And personally, “AKIRA” is strong enough to weather whatever hype or shade, IMHO. (Taylor Swift is not going to “Motoko” this like she did her latest MV for “Ready For It?”).

Personally, I have no particular desire for this collection, although not doubt this is “officially licensed”, as opposed to the myriad of bootlegged tees that might not be … *cough* 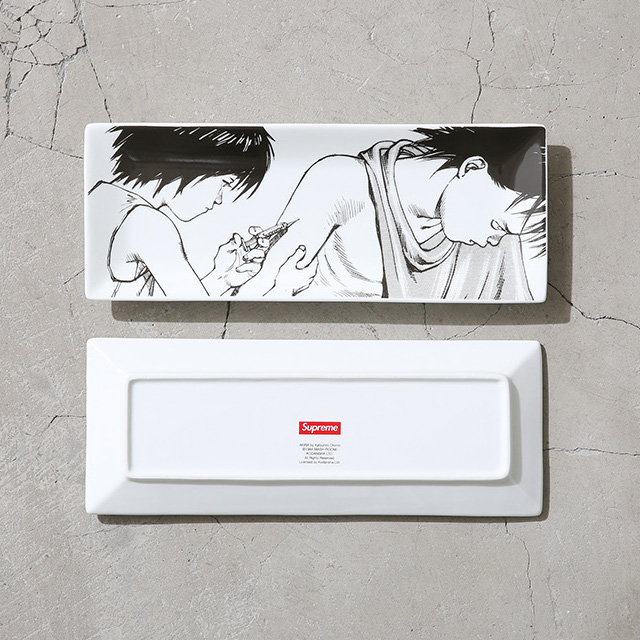 “Interestingly” an image which is repeatedly used is that of the character “Tetsuo” being injected with a syringe, which initially was part of the story by Otomo which had Tetsuo taking drugs, a video-clip of his interview is featured below (Check him out wearing a “Supreme” tee ~ heh). 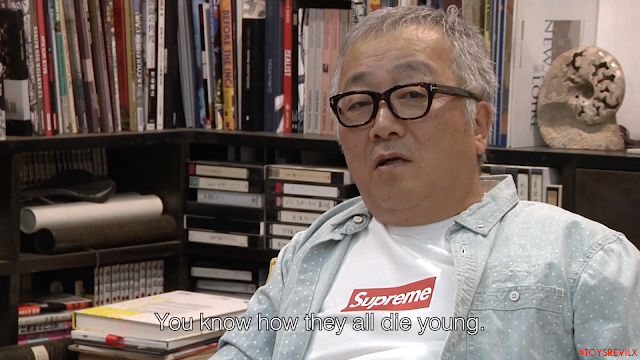